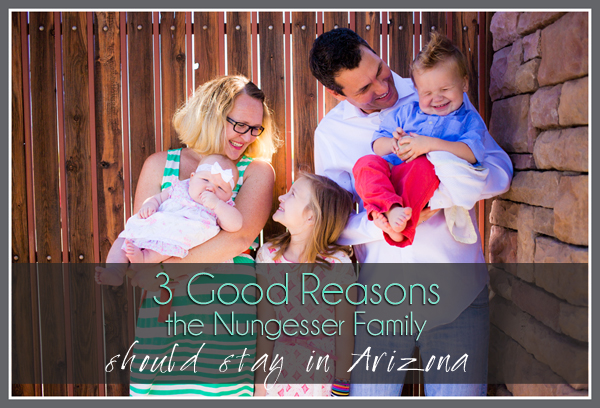 The Story of Where They’ve Been

First, you’ll have to know some history.

The Nungesser Family returned to the States for a furlough for the first time in 12 years, early in 2013. Toward the end of their planned time here, they were thrilled to discover Brooke was pregnant. Due to Brooke’s history, they needed to stay in the States for the pregnancy.

Serving Poland and Africa from Arizona

Thanks to our “glocal” world, and the Nungesser’s practice of equipping nationals, they were able to oversee their ministries – Poznan International Church (PIC) and Bread of Life Foundation (BOL) – from across the Atlantic.

During Brooke’s pregnancy, Richard travelled quite a bit. He returned to Poland for PIC, a wedding he officiated, Bread of Life, and a fantastic mission trip with youth. He visited ITMI ministries in Zambia and South Africa with Director, Steve Evers.

Adelyne got to join Richard for his journey to Botswana for PIC, and he also journeyed back to Moldova and Ivory Coast for Bread of Life Ivory Coast. 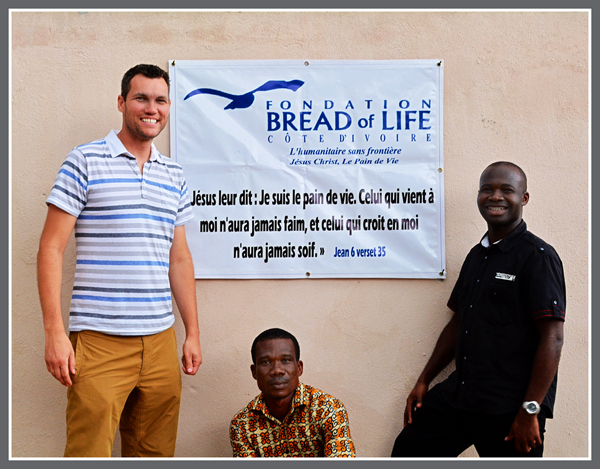 The Nungessers have used there time here for some things they couldn’t do in Poland, as well.

They’ve been encouraging the American church by sharing their unique experiences as career missionaries in Poland as speakers. Brooke also started a blog.

Some well-earned respite was also on the docket. Taking time-out after twelve years of ministry living in a foreign country, pastoring a church while founding an international organization that has expanded to three countries was, well, necessary.

Spending extra time soaking in the Word and allowing the Holy Spirit to rebuild and replenish them was vital. And of course, plenty of time spent catching up with family, friends and supporters.

Brooke with nieces and nephews on her 38th Birthday!

3 Good Reasons Why the Nungessers Should Probably Stay in Arizona

Maxwell Nungesser (2), has faced health challenges due to an almost deadly bout of RSV as a very young infant, a premature birth, and full-blown pneumonia at 5 weeks of age. He spent nearly the first 5 months of his life in and out of hospitals, including the NICU and ICU. He has been admitted to hospitals in Poland and Germany.

He was in a coma for 8 days, stopped breathing on two different occasions for nearly 10 minutes, received a blood transfusion, he has had 5 echocardiograms, more EKGs, and 11 chest X-Rays. 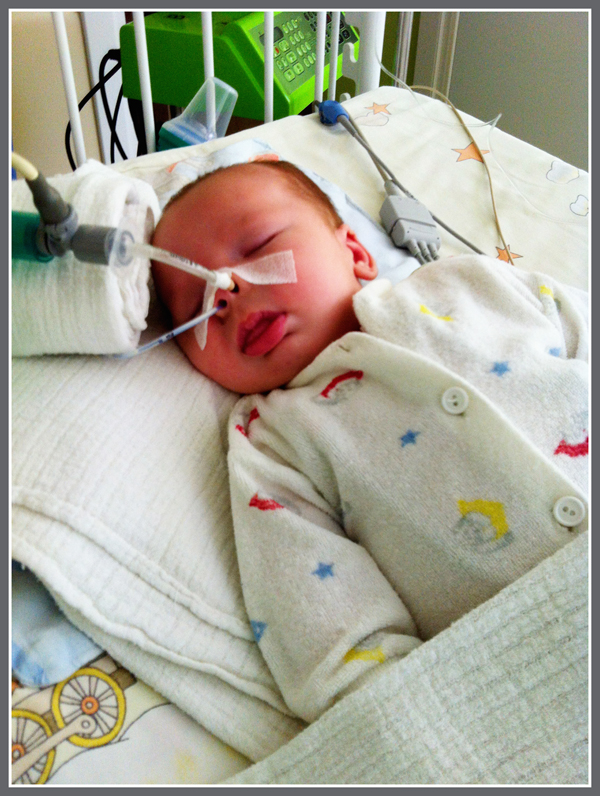 He has been on antibiotics over 10 times in less than 2 years.

And he has finally been put on a new medical regime that requires 3 different medicines daily for as long as the future holds.

His medical bills have reached into the tens of thousands of dollars.

Being in a dry climate – as opposed to the wet and moldy climate in Poland – is a better situation for Max’s respiratory issues. Most families in this situation would be picking up and moving to Arizona…not away.

Adelyne (8) is thriving in Arizona. She’s loving school, extra-curricular activities like softball and diving and time with grandparents and cousins. Academically, Arizona has been very good for her. 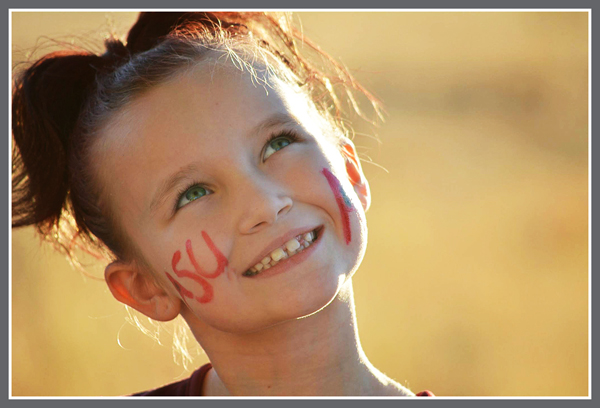 Adelyne is thriving in Arizona.

She tested into the top 98th percentile nationwide and was invited to join the gifted program in the Chandler Unified School District for the “Academically Talented.”

Richard said, “It’s not because her parents are so smart, it’s how her brain works.”

But in Poland, she’ll go to a village school from 8am-11:30am (that’s all they can afford to pay the teacher for), where learning in Polish will be challenging.

But listen to what Richard said about that:

“Abraham was asked to do something with Isaac, and was obedient even though it wasn’t what was best for Isaac. We are trusting God if He’s called us back to Poland, He’ll provide. We’ll go and be faithful.”

After a little over a year in the States, they are headed back to Poland this month (June 2014)…rested, ready and raring to take on the world! 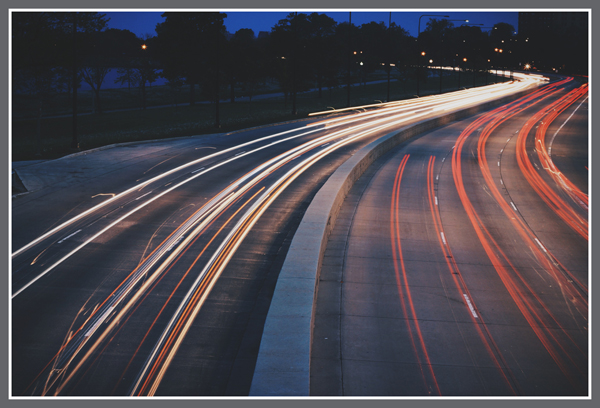 And of course they’ll keep offering Poles the opportunity to engage with their faith by caring for the poorest of the poor through Bread of Life by rescuing the forgotten.

Richard serving and loving the poorest of the poor in Moldova.

• In the Nungesser’s 12 years in Poland, they founded Bread of Life, an international organization offering Poles the opportunity to engage with their faith by helping the poorest of the poor among them.

• Bread of Life is now in Poland, Moldova and Ivory Coast.

• Bread of Life operates in over 7 cities in Poland, including two transitional homes for men and two medical clinics.

• Bread of Life reaches an estimated 30,000 people per year.

• Through Poznan International Church, over 130 internationals have been part of the church, grown, been equipped to serve, and returned home, eager to implement and replicate what they learned in Poland!

Lives being transformed at the New Life Center transitional home for men.

No One is an Island

No one family could do what the Nungessers are doing – and have done – alone. This dynamic couple needs God’s people behind them.

For God’s glory. For His Kingdom.

When I asked what their needs are, Richard humbly started, “If people wanted to help out…” getting all five of them and a shipping container of their essentials back to Poland is costing a pretty penny.

They could really use an outpouring of support from God’s people. An indication that, come what may, we stand with them. This would not just benefit their finances, but their spirits as well.

So, if anyone wanted to help out, it would make a big impact.

Summer Kelley is a writer who lives in Phoenix, Arizona with her husband and three kids. She has had the privilege of telling ITMI’s stories since 2006. She loves to write uplifting stories of God’s work overseas, read and learn about the world around her and enjoy her family.

Our partners, Vicky Waraka, Lazarus Yezinai and a team of believers from Juba, South Sudan hold an evangelistic crusade for refugees in the nearby Kiryandongo Refugee settlement. They also provided a 3-day workshop for local pastors many of whom have precious few resources and very little, if any training. Many were saved, prayed with, encouraged and equipped for Biblical leadership! ... See MoreSee Less