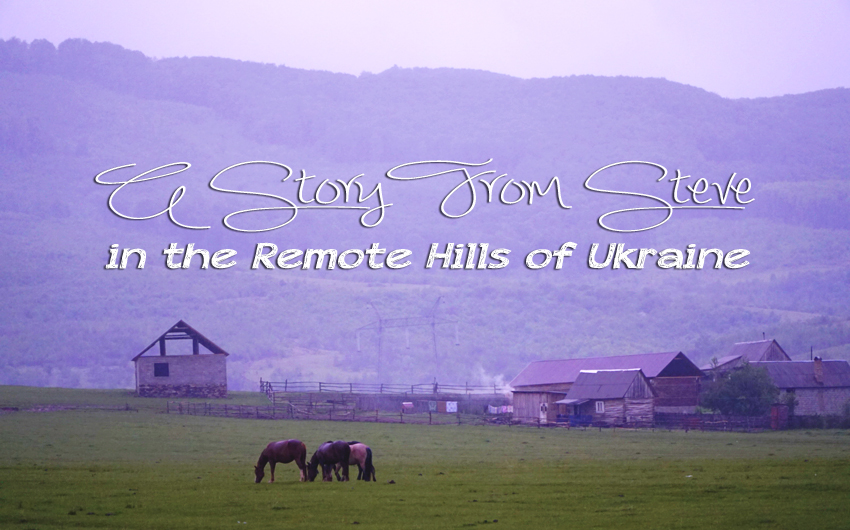 Greetings from somewhere in the remote hills of Ukraine.

Our Romanian partner, Adi Ban and two of his three sons and I drove 6 hours north through eastern Hungary and into the Ukraine today. We're here to help a Romanian missionary/pastor Ioan (John) and his wife, Gabby. They've been called to ministry in a remote area that is home to an isolated group of simple Romanian country people live.

Ioan (second man walking) and his wife Gabby minister to an isolated people group in Ukraine.

Many generations ago, these Romanian people we apart of the Romanian Nation, which was a lot larger than current day Romania.

After some military conflict, Romania lost some land and these people were isolated. It feels like being in the hills of Virginia in the 1900s. The people live in basic log houses, often in groups of 10-13 people.

The locals even asked Ioan and Gabby, "...is there a place where there are more (Romanian) speakers like you?"

They didn't even know there was a whole country filled with like speakers.

It's raining now and has been for weeks, so there is mud, mud, mud everywhere. Bare feet walking through the mud and soaked clothes are the norm for these people.

Many of the stoves are heated by chopped wood. Horse drawn carts seem to be more prevalent than motorized vehicles. Grass is cut with a two-handed scythe.

Unfortunately life is hard here. Survival is not guaranteed. Just this week the pastor buried a one-and-a-half-year-old who never gained full strength after being born at 8 months.

That leaves the 9 other family members in the teeny wood house. I don't think there is any insulation in these houses, and it is cold now - May. I can't imagine what winter here is like. 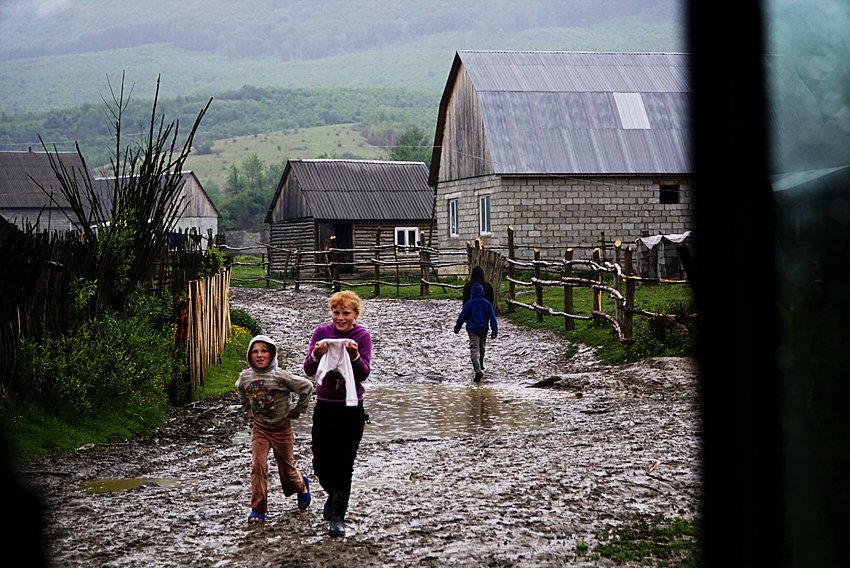 It feels like being in the hills of Virginia in the 1900s.

It's cold here now, in May. Imagine what winter is like here!

This evening when we arrived, the man pictured above shared his story with us.

He was a drunk. His mother and father left him as a child. His father-in-law kicked him out of the house, and one of his many children was really sick.  It looked like the child wasn't going to make it.

He called out to God.  God saved him, sobered him up, changed him and healed his son. He now is committed to living as a Christ follower.  He knows personally that God is real, alive and does hear the prayer of a truly desperate and empty man.

Adi and I preached on Sunday, via translators who shared our words in the local dialect - a combination of Romanian, Hungarian, Old Romanian, Ukrainian, and Russian.

Thank you to all of you who partake in these trips, helping and serving our nationals, as they seek to serve and reach their people groups.

Each piece of the "team" is critical for our success...which translates into lives touched and changed in miraculous ways.

In this interview with his co-worker, Cozmore, ITMI's Charl van Wyk reveals how Cozmore came to faith, the secret of ministering when the needs around you are staggering and how his ministry works to bring the Gospel into every sphere of life.