This article was originally published in the March 2019 edition of ITMI Monthly.

"When they returned the third year, our team was elated by what they discovered!"

THE VILLAGERS DASHED MADLY for their huts.

They had caught one glimpse of the initial brownish-grey clean-out water spilling from the head of the newly drilled well. Moments later, they returned with the various makeshift containers, ready to collect the contaminated water.

They were overjoyed to have this brownish-grey life-supporting fluid flowing from the strange contraption so close to their huts.

The drilling crew was still finishing the job.

They were using the gas-powered pump to purge the pipes of the sandy, clay-filled dirt left in the system from the installation. It wouldn’t be long before clean, sweet water - clear in color - would be drawn up from the depths of the earth and into their vessels. 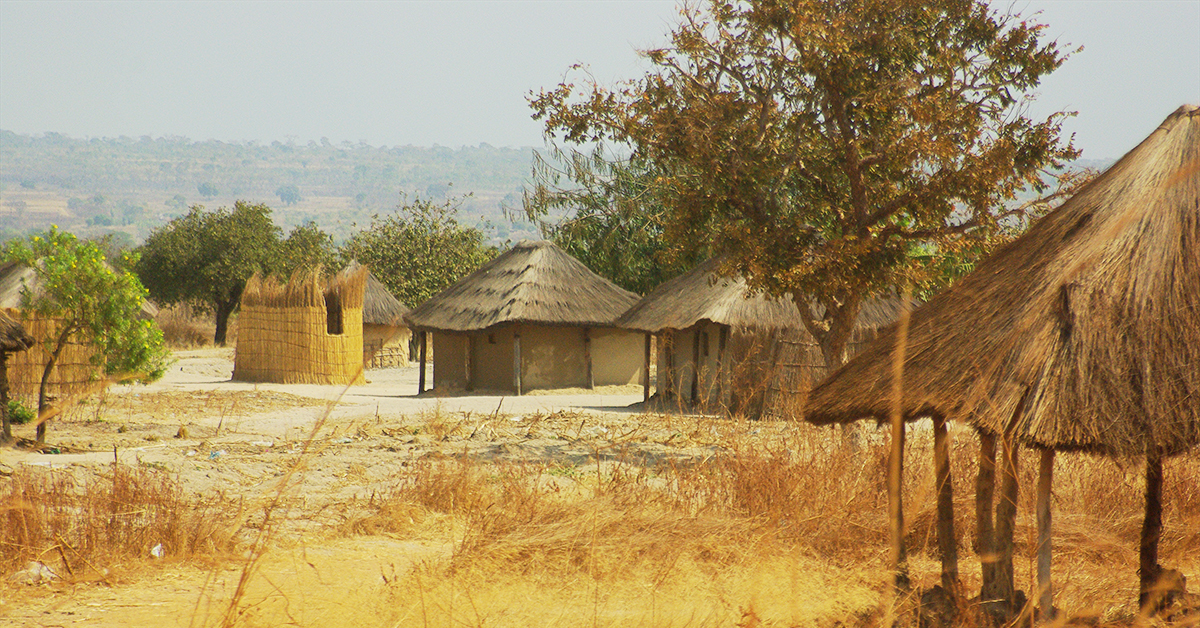 The remote village in Zambia where ITMI drilled a well giving them access to clean, safe water. 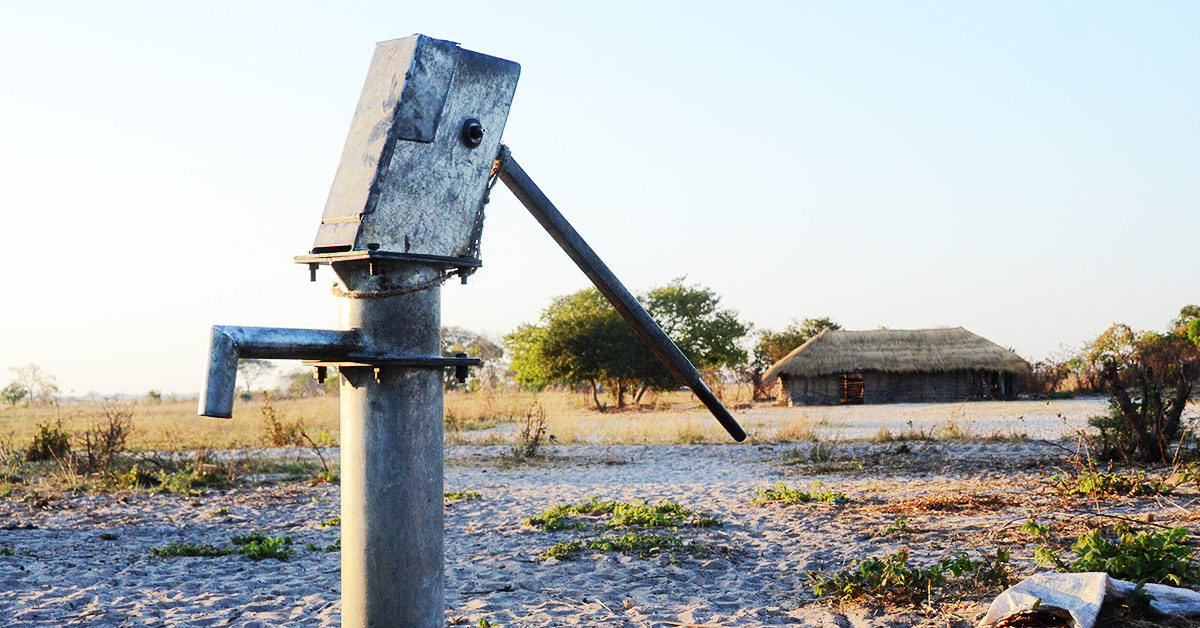 It wouldn’t be long before clean, sweet water - clear in color - would be drawn up from the depths of the earth and into their vessels.

Out in the vacuum of knowledge and growth that surrounds and isolates these simple villagers, water is water. They didn't know the difference between brown, polluted water and clean water.

Similarly, inhabitants of remote villages often struggle to separate truth from deception, con-artists from shepherds and the Creator from their deceased ancestors.

After the pipes were cleared and the clean water flowed from the new borehole, ITMI’s Steve Evers told them about the living water that the Lord wants to offer them. Many responded with tears and declarations of their intent to follow Jesus.

Steve tells the villagers about the living water the Lord wants to give them. 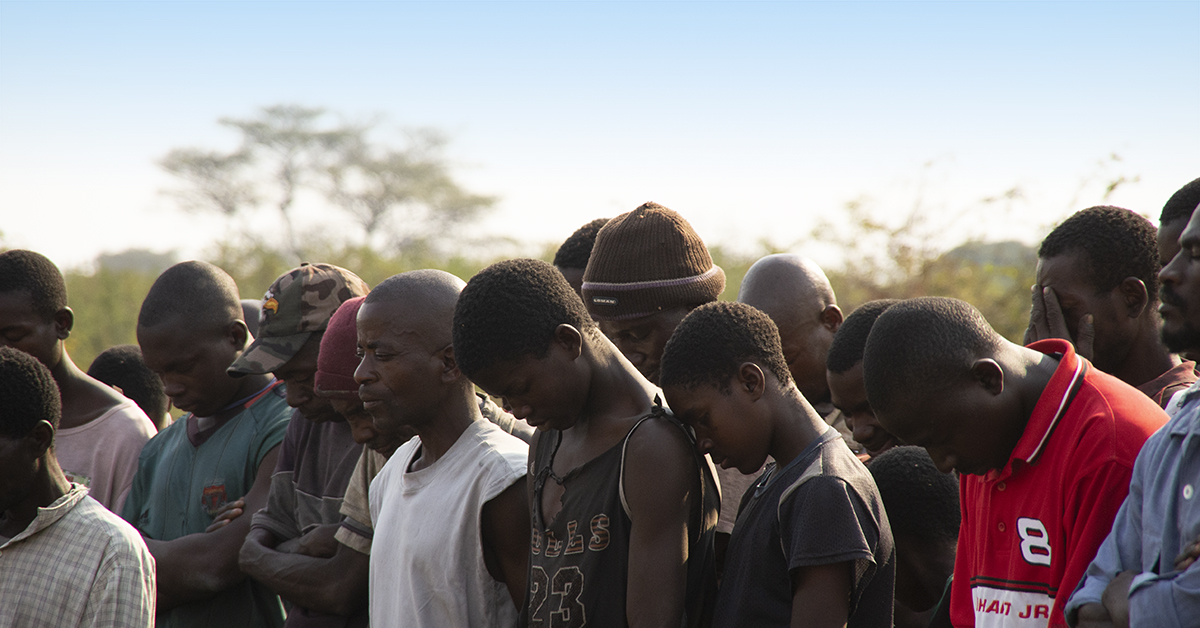 The villagers respond in prayer.

The following year, Steve and an ITMI team returned to the same village to teach, encourage and disciple.

This time, the team brought a large, solar-powered Proclaimer from Faith Comes by Hearing, loaded with a recording of the New Testament in their own language, able to be amplified for a large group to hear God’s Word.

Steve presents the village with a Proclaimer, enabling them to listen to God's Word in their own language.

When they returned the third year, our team was elated by what they discovered!

There was a palpable difference in the atmosphere. Steve describes it as a noticeable lack of tension. Peace. The kind made possible by God’s Spirit.

Even the primitive straw and mud structures had been noticeably improved upon. It seemed that as the Spirit gained influence in their lives, the chaos and destruction of Animism was losing ground to the intentionality and order God created humans to conduct our lives with.

The ITMI team learned that three to four nights a week, most of the small, remote village gathered to listen to the New Testament read aloud from this strange “black speaking box” in a language they could understand!

The Father, in His sovereign goodness was preparing the village for what was about to happen.

A delegate from another denomination was sent to plant a church in this village. The “pastor” came with all the elements needed to win the reverence of most African villagers; funds to construct a structure, a title, and a group of people who sent him.

But what he taught was contrary to what they’d heard directly from God's Word. The villagers told him so, and most declined to attend.

It’s fairly well-known that it is easy to con rural dwellers. They have little knowledge and no literature with which to prove you wrong.

In the same year, an entrepreneur from Nigeria set up shop in this village. Among other things, his trading post sold home made alcohol, in hopes of creating a loyal (addicted) client base.

He was surprised to discover that these villagers could not be coaxed and manipulated into building his fortune. These villagers knew God’s Word and avoided falling prey to the trappings of the drink.

Giving Clean, Safe Water is a Gift of So Much More!

The impact of providing for the physical need of clean, safe water not only impacted their health and ability to flourish, but reduced their vulnerability to those who might lead them astray spiritually.

Because of the gift of clean, safe water, these Zambian villagers not only have better lives and freedom in Christ, they have eternal life.

FIND OUT MORE ABOUT OUR CLEAN, SAFE WATER PROJECT

ITMI is an evangelistic ministry serving the persecuted church across the world. In Touch Mission International serves and empowers national Christians.
View on Facebook
· Share