Previously, I shared the story about meeting an over-active and very relationally needy little eight-year-old boy (Maciek) at last summer’s Child Evangelism Fellowship camp here in Poland. Over the past year, the Lord provided the opportunity to maintain regular contact with Maciek (now 9 years old). For most of the year, I was able to spend one weekend a month with him. Sometimes I traveled to Warsaw where Maciek lives, and other times he came to visit me in at my home in Poznan.

As result of my regular visits, I have gradually become a bit like family to those living in Maciek’s home. Maciek exudes a lot of energy in everyday life, so step-grandma is usually pretty quick to put me in charge of his interactive care whenever I am around. I’ve tried hard to provide activities that entertain, teach, and build our relationship. He and I both love playing with Lego-like blocks, so that has become one of our regular “traditions.” Taking him to parks and on short day trips around Warsaw has also been helpful. 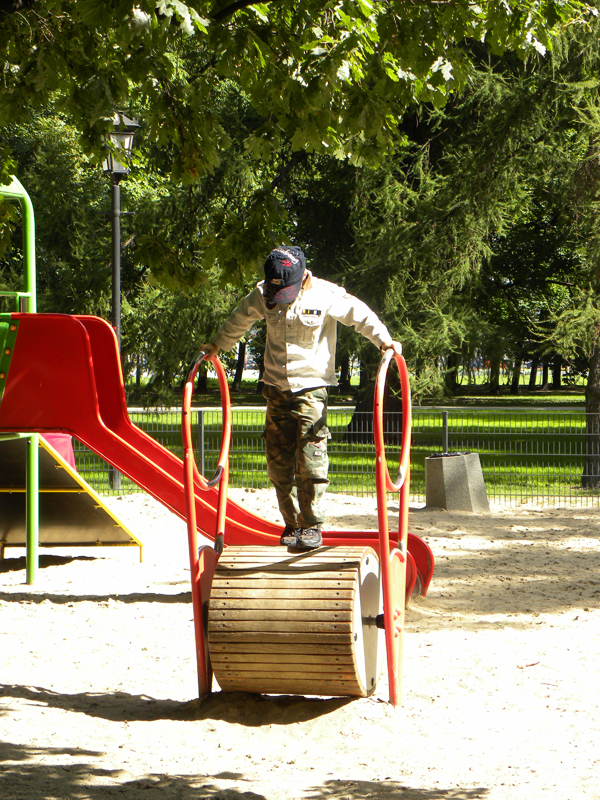 Maciek playing at a park near his home.

Maciek really looks forward to our time together, and step-grandma has recognized the value of the “life lessons” he gets while he is with me. During one of my Warsaw visits last spring, step-grandma asked if Maciek could spend some time in Poznan with me during the upcoming summer. I was open to this idea, though I assumed they were talking a week or two. As it turned out, they were thinking for most of the whole summer. The end result??….. Maciek spent six weeks in Poznan with me as part of my family during July and August.

Even before I knew Maciek would be staying with me, the Lord had led a young 22-year old from Minnesota to ask if she could come and serve as a short-term missionary this summer. Kristin helped at two of our kids’ camps in previous summers, so she was no stranger to Poland. She arrived in Poznan a few days after Maciek, and she was a tremendous help for her entire month-long stay. As expected, Maciek took an instant liking to her (and to all her young-adult technologies, as well).

Maciek and Kristin (and her technologies).

During Maciek’s first week in Poznan, I became concerned that he didn’t have anyone his age to play with. Kristin and I did as much as we could with him, but it was obvious that he needed a peer-age friend. As a young Christian, Maciek was very comfortable with our bedtime prayer routine. About a week into his stay, I told Maciek that we should ask the Lord to send him a friend. Two days later, our next door neighbors began hosting their 11-year old nephew named Gracian. What an answer to prayer!! 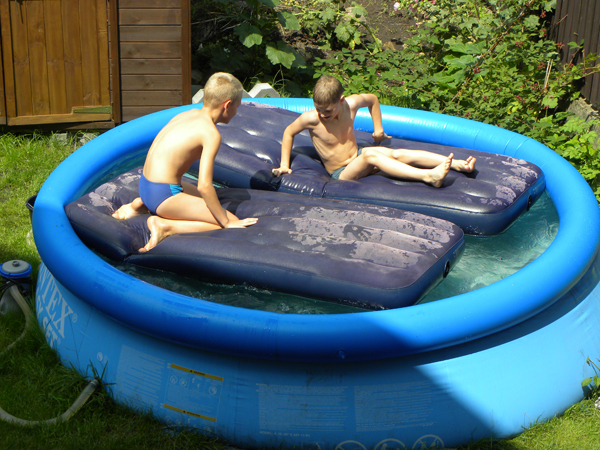 In the Lord’s goodness, we were able to purchase this backyard pool for about $45. The two boys used it almost every day.

Unfortunately, Gracian only planned to stay with his aunt and uncle for one week. Aware of this, Maciek and I began praying that the Lord would provide friends for him for the rest of the summer, as well. The Lord began answering within days. First, Gracian’s aunt and uncle voluntarily offered to keep him for three weeks until August 6. Amazingly, Maciek’s week-long Christian sports camp started on August 7.

Secondly, some friends invited Maciek to visit their relative’s farm. This was Maciek’s first time on a farm. Not only did this farm family have two boys about Maciek’s age, but Maciek also got to hold baby rabbits, see the biggest pigs he had ever seen, and ride in a real farm tractor. The day was simply a gift from God. Maciek is truly learning firsthand the value of praying and seeking the Lord for help and care. 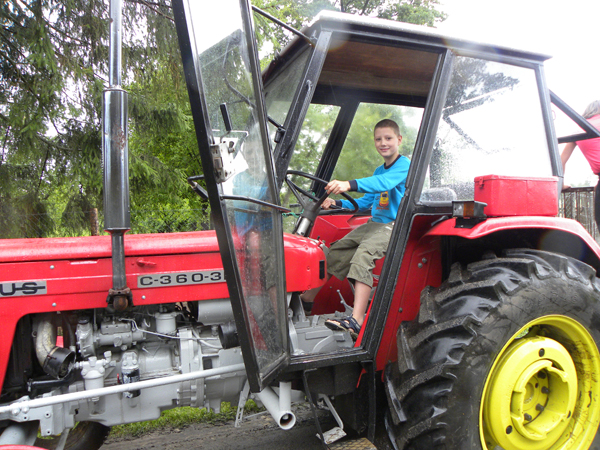 Maciek enjoys his visit to the Farm.

Along with spiritual lessons, we also tried to teach Maciek about responsibilities and work ethic. When he was first assigned certain jobs around the house, Maciek’s initial response was, “Why do I have to do this? I don’t have to do anything like this in Warsaw!!” I tried to explain what the Bible says about hard work and doing our best, but my words seemed to collide with a nine-year-old’s resistant will. Kristin and I held firm, though, and Maciek eventually began working hard on his assigned tasks.

During the school year, Maciek often struggles with typical academics. To give him a bit of a head start as a third grader this school year, Kristin and I practiced basic Math Facts with him daily. He took timed tests in addition, subtraction, and multiplication; a challenge he took very seriously. We also worked on improving his English through language lessons and daily conversation. 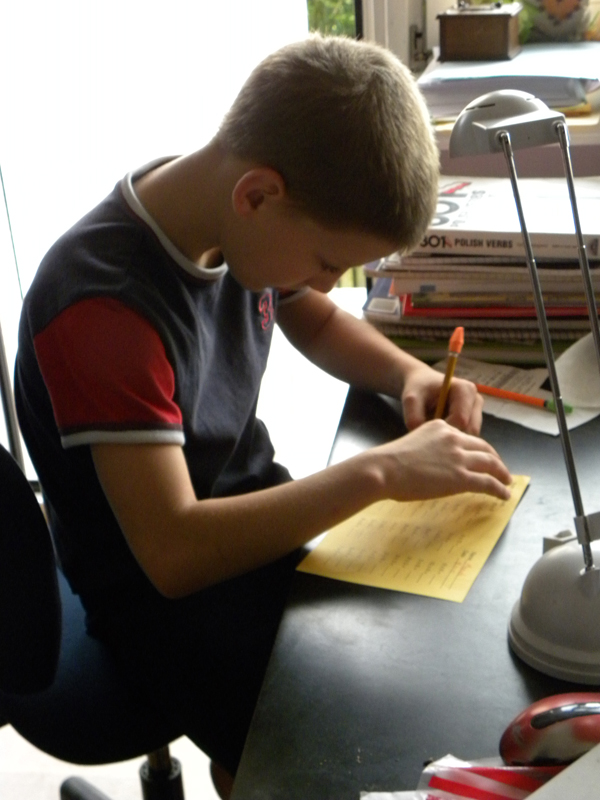 Even with all that went on for Maciek this summer, the one thing he still craved more than anything else was the comfort and security of a close relationship. My prayer is that Maciek felt this through the time Kristin and I were able to spend with him. I also pray his personal relationship with the Lord was deepened and strengthened. I truly believe it was. It is my hope and plan to continue regular contact with Maciek in the coming months/years.

Thanks for your continued prayers and support.