This story was originally published in the August 2015 edition of ITMI Monthly.

by Bill Bathman, with Harriett Bathman 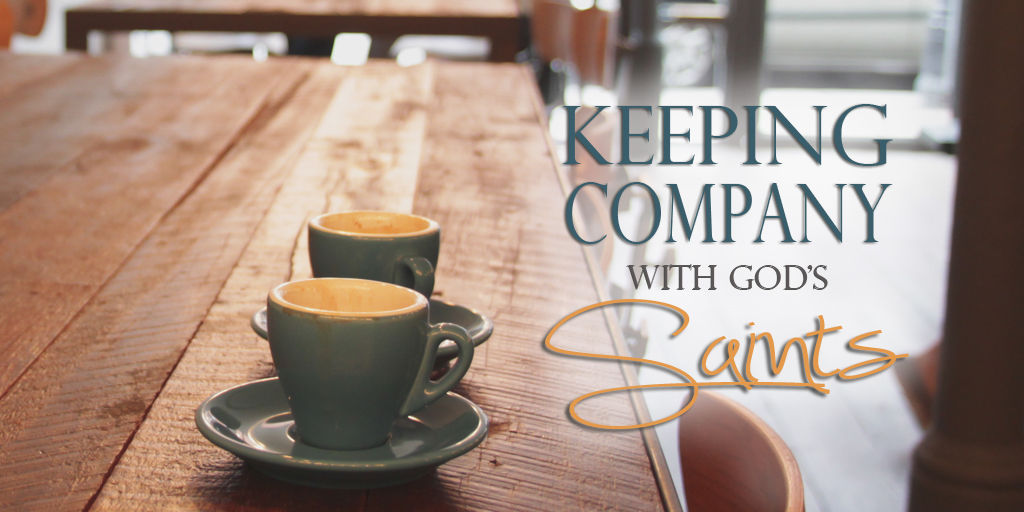 “Eye hath not seen, nor ear heard, neither have entered into the heart of man, the things which God hath prepared for them that love him.” - I Corinthians 2:9

“Raised in a peasant home he was acquainted with poverty.” 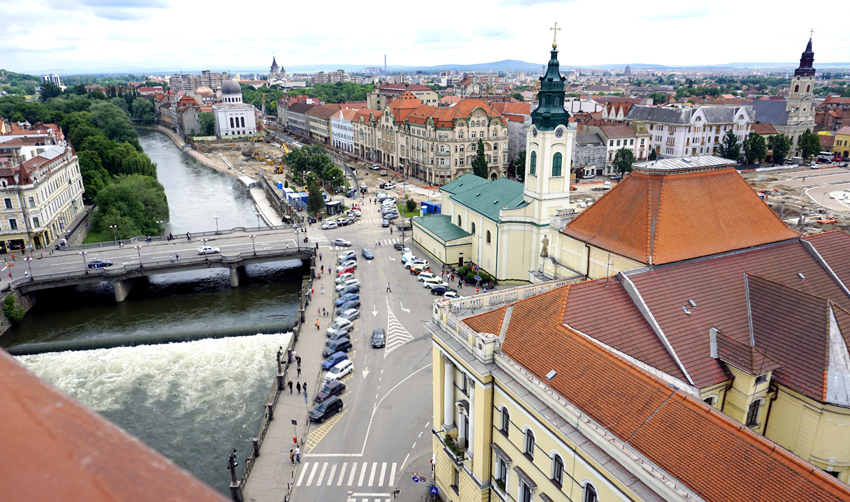 Oradea, Romania from the clock tower.

ITMI grew out of a vision God gave us to put American Christians ‘in touch’ with fellow Christians in closed or restricted-access countries. We found precious Brothers and Sisters in Christ living there, behind the Iron Curtain, during the Cold War years under constant persecution from their atheistic communist oppressors.

At our Lord’s command to “Go,” we took Bibles and medical supplies and shared God’s Word, yet they ministered to us in a far deeper, spiritually- enriching way.

We praise the Lord for the caliber of Christians He has brought across our path, whom we’ve met across the years and along the way. 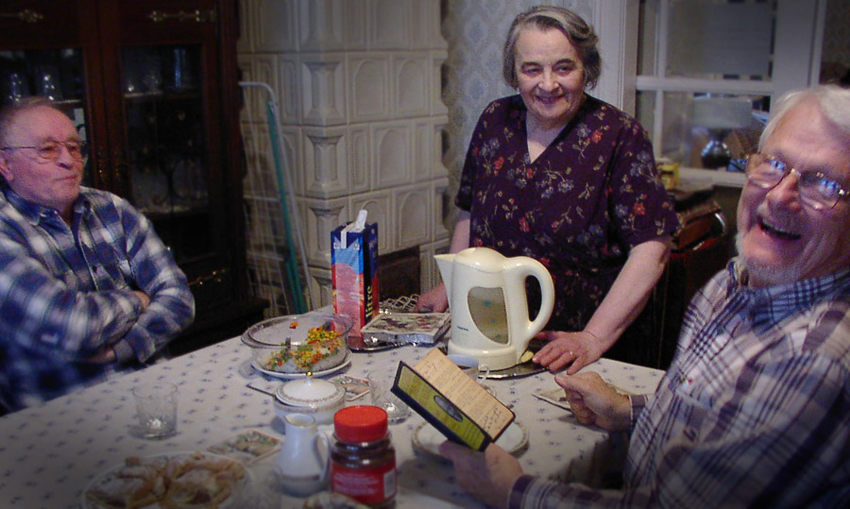 Pastors of local churches encouraged their flock to memorize God’s Word, so when the communists confiscated their Bibles they still had the Word, literally ‘hidden in their hearts.’

A congregation of 260 people (each memorizing one chapter) would have the entire New Testament memorized. Larger churches, with 1,189 members could recall the entire Bible from memory.

Think of Dr. Nicolae Gheorghita, one of God’s choice Romanian saints. The Lord taught me many things through his life. Raised in a peasant home he was acquainted with poverty.

His farmer-father refused to join a ‘collective farm,’ so Nick was not eligible for a scholarship to the university and they had no money. Having graduated from high school with top grades, he applied and was accepted to take the entrance exam in another city.

His mother carded the wool to weave the cloth to make a suit for him to wear when he left for the 5-day exam. He had no money for food or shelter, so he slept on the floor in the railway station.

By the third day he was very hungry.

A friend said to him, “Let’s go have a beer.” Nick told him he needed food! So the boy took him to his home for dinner.

When the exam was over, Nick didn’t have cash for a bus ticket home, so he sold his shirt to pay for it. There were 250 places for new medical students; Nick came in 17th out of 2,500 who took the exam that year.

He went on to become Romania’s top Endocrinologist.

Consider his humility: In the early 1980s he answered God’s call to leave his medical practice in Deva and pastor the Second Baptist Church in Oradea – the largest Baptist Church in Europe, East or West. He asked the Lord to give him a co-pastor, Dr. Paul Negrut.

From the beginning Dr. Nick said (regarding Dr. Paul), “He must increase and I must decrease,” quoting John the Baptist.

Dr. Nick was a brilliant doctor serving the medical community in a vital position and well known internationally. The communist authorities had grudgingly tolerated his Christian activity, but when he resigned his practice to pastor a Baptist Church, serious problems began.

Life for him became, what for lesser men would have been intolerable, but he was immaculately dressed in the ‘whole armor of God,’ which enabled him to ‘stand against the wiles of the devil,’ – in his case the communist government. He could talk and reason with the authorities without compromise.

Dr. Nick was a living example of Christian virtue. The fruit of the Spirit was clearly evident in his life. Like the Apostle Paul he knew how ‘to be abased, and how to abound,’ yet he was always charitable, so any abundance was short-lived.

Whatever we took to him was quickly passed on to someone else whom he perceived to have a greater need: “Cornel needs a fridge,” (which we could buy at the dollar-shop); “Nelu needs a car.”

His attention and concern for his fellow man was for the whole person: body [he was a doctor], mind [he launched a ‘School of Prophets’], spirit [he preached the Gospel and won souls to Christ].

Dr. Nick was a diplomat. In dealing with the communist authorities his logic was practical and down-to-earth. He convinced Romania’s Chief Medical Officer (the equivalent of U.S. Surgeon General) that Romanian Baptist (third largest group in the world, after USA and Russia) had many friends in America, who were very concerned about the ill-treatment of their Brothers in Romania.

He persuaded the CMO that Romanian Baptist could be regarded as ‘the goose that laid the golden egg’ as far as obtaining high tech medical items and other goodies from their Brothers abroad. It worked.

After ITMI delivered a fetal monitor to the CMO’s 800-bed hospital, he was able to get the bulldozer, poised to demolish the 2nd Baptist Church, removed!

Dr. Nick had the unique ability to ‘fail’ without being a ‘failure.’ For example: when the Dictator Ceausescu issued Decree 407, proclaiming that ‘no visitor from the West could speak to any group of Romanians on any subject under any circumstances without written approval from Bucharest’ - Dr. Nick bravely failed to comply.

Within two days an ITMI evangelist arrived and an itinerary was immediately arranged for him to preach the Gospel in churches right across the country, thus challenging the decree. It was later abandoned due to impossible enforcement.

Working for over 30 years throughout Eastern Europe brought us into contact with many of God’s choicest Saints. They were ‘as unknown,’ to the world, but to our Savior, ‘well known.’

Paul described the Corinthian Christians, “as sorrowful, yet always rejoicing; as poor, yet making many rich, as having nothing and yet possessing all things.” 2 Cor. 6:10

Fellowship with them was like being in the very presence of Jesus Christ. After each trip we returned to the West as spiritual millionaires while we had only taken them a few material things that “moth and rust corrupt.”

Bill helped Dr. Nick help a large number of needy Romanians. Students, Pastors, and families were many times anonymously supported via Dr. Nick’s humble generosity. Pastors serve in Romania today due to Dr. Nick financially supporting them while in school.

There are still great needs for families and students in Romania. Because of the example of their father, Dr. Nick, his children want to continue what Dr. Nick started - helping students who can not afford school fees - attend school, and helping families to have hope of a better life through submitting to God’s plan. 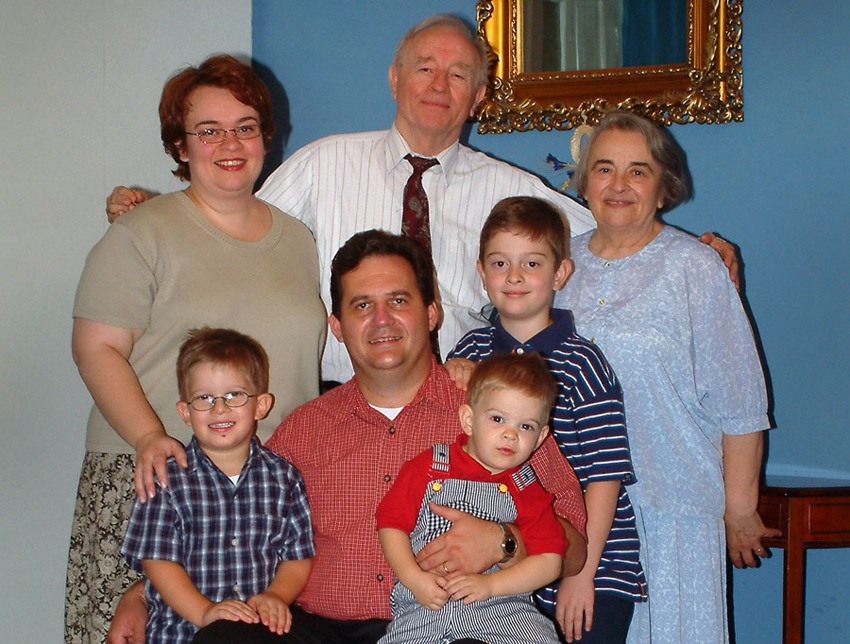 Dr. Nick and Cornelia with the Ban Family.

Dr. Nick’s children have, through ITMI’s Adi and Ema Ban, have created a project that will grow into a Foundation to further Dr. Nick’s example of sacrificial generosity to students and families.

ITMI is in full agreement that Bill and Dr. Nick’s example can not be allowed to stop. Romania still needs our help and attention. A gracious donor who loved ITMI’s work in Romania has offered to start the “Dr. Nick Gheorghita Scholarship Fund” with a matching $1000 USD seed gift.

As you who have a love for Romania give, the seed funds will match, dollar for dollar, up to the $1000 amount.

Would you like to honor Dr. Nick’s faithful and obedient service to God and the Body of Christ and help the next generation of pastors, Christian leaders and families in Romania. We have just the vehicle to help make that happen.

We will continue what God has already started with the help of you being put “In Touch” with our Romanian partners. 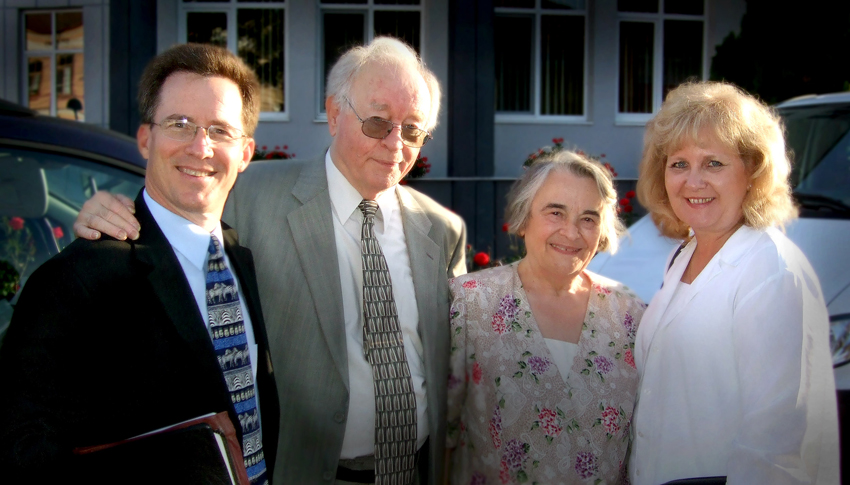 For more stories on Dr. Nick and his life, click here.

In 1981, after 30 years of ministry in Europe, Bill Bathman founded In Touch Mission International in Tempe, AZ with the help of his wife Harriett. Under their leadership, ITMI established a reputation for integrity and effective ministry overseas. Beginning in England as an evangelist, Bill was later called during the Communist years to minister to Christians behind the Iron Curtain. Bill and Harriett did so from a mission base in Salzburg, Austria which provided convenient entry into the mission field of Eastern Europe. In 1981, the Bathmans further expanded their ministry to include restricted access areas in Africa by founding In Touch Mission International (ITMI) in Tempe, Arizona.