This article was originally published in the October 2015 edition of ITMI Monthly. 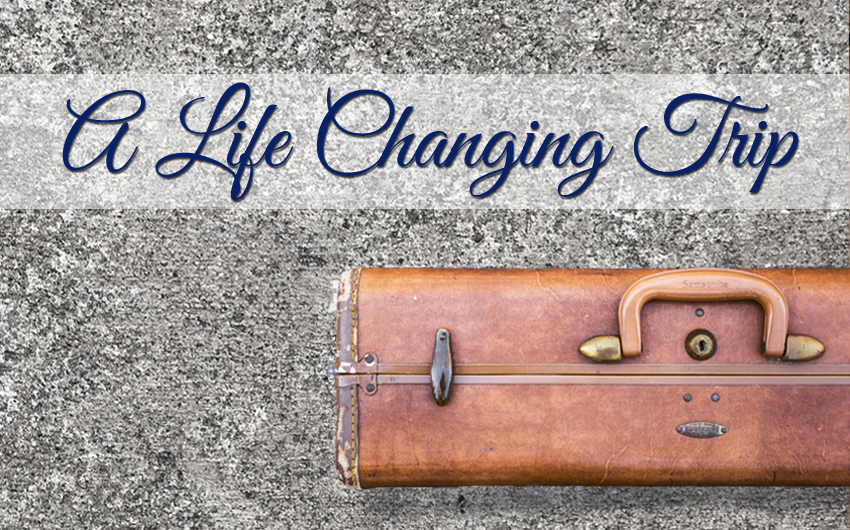 ITMI partner, Gerhard le Roux, serving in Onseepkans, South Africa shared this story. Gerhard had the opportunity to bless, invest in and build a relationship with a local Christian leader in a neighboring town, Pofadder.

Gerhard shares how Manie’s worldview and understanding of Christian living was expanded through experiencing Christians from other parts of Africa and the world.

“We are thankful to the Lord for the blessed time that we had at the ministers conference at Kwasizabantu Mission. I was privileged to take the main elder from the United Reformed Church in Pofadder with me, Manie Booysen. Manie is an elderly Nama gentleman, 62 years old. For him it was the first time that he rode on the Intercape bus and also the first time that he flew in an airplane.

To give you an indication of how the devil sometimes keeps people in bondage: Normally the people of Pofadder will take a taxi when they go to Cape Town.

A taxi is typically a 10 seater mini-bus, very uncomfortable, and just as expensive as riding on the luxury Intercape bus. When Manie experienced the comforts of the Intercape bus, he was much surprised that he could enjoy such comfort for the same price as the uncomfortable taxi.

The people at Moreson Mission picked us up the following morning in Malmesbury, and we spent the rest of the day at Moreson Mission. Manie was surprised that so many people could live together and he remarked that he felt so much at home, it felt as if he already stayed there for years. 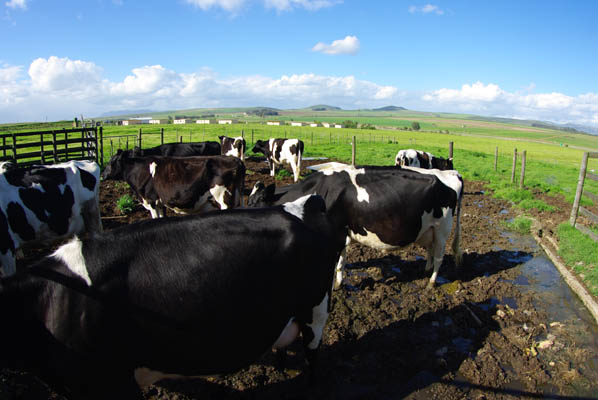 The next morning we took the plane to Natal from Cape Town International Airport. Imagine someone who had never even taken a luxury bus trip, flying in an airplane. It was a great experience for him.

At one stage he remarked about the mist on the mountains, and I had to correct him and explained that we were flying above the clouds! He could not believe that only two hours later we were landing in Natal, over 1600km further!

We were privileged to stay with the Bosman family at Kwasizabantu. Uncle Danie Bosman came to fetch us at the airport, and during our stay he really enjoyed Manie’s company. 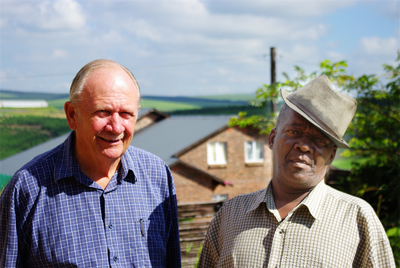 The Bosman family really spoiled us, and Manie could not believe that he was staying with white people and that they are serving him in this way.

Another thing that really touched Manie was the fact that the people helped each other without expecting any compensation for it. He was amazed that people took each other in consideration when they went to town, offering to take others along.

He remarked that when the people in Pofadder go somewhere, they do not tell each other. And if someone finds out and wants to go along, he has to pay.

But at Kwasizabantu, the people gladly assist each other and let each other know when they are going somewhere, and do not expect any compensation for it.

Everywhere we went people at Kwasizabantu greeted us and invited us for coffee or tea. Manie replied that he cannot eat anymore, because everywhere we go the people just want to give us something to eat!

Uncle Danie showed him the water bottling factory, the hot houses with the peppers and the pre-packing facility, the shop with the butchery and bakery, the pasta factory, the dairy factory, the avocado plantations, the saw mill and more. 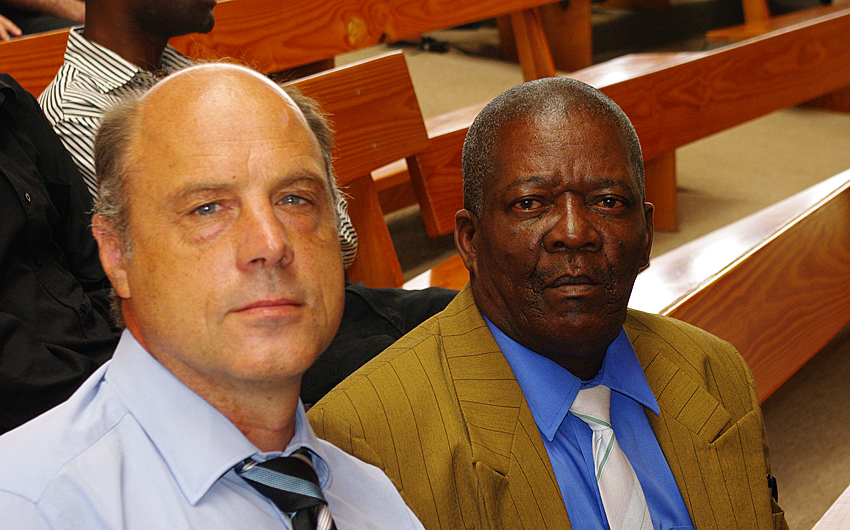 Also in the dining tent,where all the visitors had their meals during the conference, Manie had the opportunity to sit at the table with different people from all over.

Overall it was a blessed experience for Manie and an eye-opener what can be done if we are obedient to the Lord. We gave him as much literature and services on cds as possible, and trust that the fire that the Lord ignited in his heart will continue to burn stronger and stronger. Please pray for the people of Pofadder, that God will do a deep work in their hearts.

ITMI was directly responsible for this trip to take place. If it was not for funds that we received from ITMI (two days before we were supposed to leave) the trip would not have been possible. We praise God for your involvement in this and please pray with us as there are more people now that want to go and visit the mission. Please pray with us that it will take place in God’s will and time.”