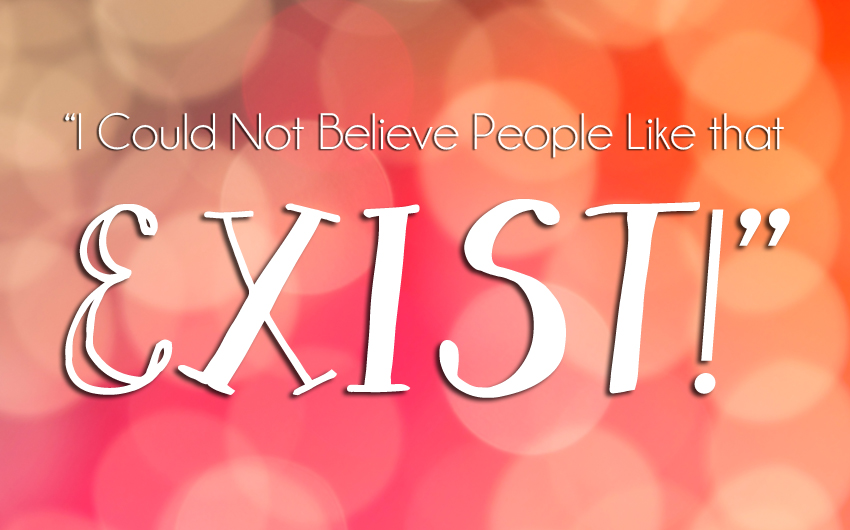 This article was originally published in the March 2017 edition of ITMI Monthly.

Viola couldn’t believe her ears. Could this be for real?

"Forgive as Christ forgave you. Freely. Over and over again.”

"Christ forgave me?” she thought in confusion. Forgiveness had always been something a priest granted. It never occurred to her she could forgive.

Viola knew this was the answer to the desperate words she’d uttered almost in spite of herself earlier that week, “God do something! Save my family!”

Viola and her husband, Caro, were dangling above the precipice of divorce, hanging on by a fingernail.

Viola’s friend “randomly” brought her to the Baptist Church in Lodz, Poland, which is pastored by ITMI’s Leszek Wakula. And just “randomly” Leszek was preaching on love and forgiveness that day.

ITMI's Leszek Wakula just happened to be preaching on forgiveness that day.

“I could not believe that people like this exist!” Viola shared, “I was a stranger and I was welcome -  like part of a family!"

“It was such a new birth,” Leszek remembers, “that we all rejoiced because we could see this change.”

But that’s not all.

“If Jesus can change my life, he can change Caro’s,” Viola thought. So she encouraged him to join her one Sunday.

While chatting with Leszek after the service, Caro told Leszek he like the “personal” and “friendly” atmosphere. “Not like those huge churches where people don’t know each other,” he said. He also liked the music.

It turned out that Caro was - of all things - a drummer. Something Leszek’s wife, Ania, and a friend had been praying would enrich their worship team for awhile!

Three Sundays later, Caro was keeping the rhythm for the worship team with his percussion skills.

Leszek and Anna faithfully practice what they call a “lifestyle of discipleship.” This means they spend time with people one-on-one, leading them closer to Jesus from whatever point they are at.

“Once I get my hands on someone,” Leszek laughs, “I  meet with them and disciple them.”

Leszek met with Caro regularly for six months before Caro gave his life to Christ, but when he did, the evidence of change was so strong that Viola and Caro’s son, Luke, gave his life to Jesus, too!

The discipleship didn’t stop at evangelism. Caro was equipped by Leszek beyond salvation. He is now an elder in Leszek’s church.

Leszek and Anna have been pastoring the only Baptist Church in Lodz, a city of almost 700,000, for over 10 years.

When he started, Leszek promised the church two things. “I will love you,” he told them, “and I will preach the Word of God as faithfully as I can. I will start on my knees.”

As home to hundreds of textile factories, Lodz boasted the largest textile industry in Eastern Europe until about 1989, when the economy drastically changed. Hundreds lost their jobs as factory after factory shut down.

In other areas, where industry failed on such a large scale, the government has stepped in to aid in recovery, but Lodz was overlooked. The city has one of the highest unemployment rates in Poland.

Today, almost 30 years later, there are many who live in “generational poverty” meaning there is no one in a family who understands or believes in a life that doesn’t depend on welfare. Many have stopped trying. Their life’s plan is to live on welfare and they envision their kids doing the same.

In fact, statistically speaking, there is a 90% chance that those who were born in certain parts of the city will remain below the poverty line.

These circumstances make the city fertile ground for Christians to demonstrate the love of Jesus. Any service they do is so needed that it is extremely well-received.

Leszek’s church operates a ministry to the disabled, elderly and alone.

These are impoverished people who have no family, or whose family simply abandoned them because caring for them is too inconvenient or hard.

Their ministry often gets the “worst” cases. The ones no one wants. Where the stench is oppressive.

Where you’ll likely leave covered with urine that isn’t your own. The cases that prompt people to ask, “Why would you do this?"

“But it is joy for us,” Leszek says. “Because we get to share our love with them.”

The elderly and disabled ministry serves 200-400 people, with 100-200 volunteers and is well-recognized by city officials. “Go to the Baptists; they are the best,” they say.

Why does this matter?

Many of the volunteers began before having a relationship with Jesus, but came to faith when they saw the demonstration of God’s love from Leszek’s church!

Leszek’s church is also renovating a four-story building to become a school, to share their love with kids and families. The building was unbelievably decrepit when they reclaimed it 6 years ago. It had been confiscated by the Communists after World War II.

There is still quite a bit of work to be done, but the parts that are complete are beautiful. The Kindergarten rooms that serve 20 children are spotlessly clean, open, airy, colorful and inspiring. 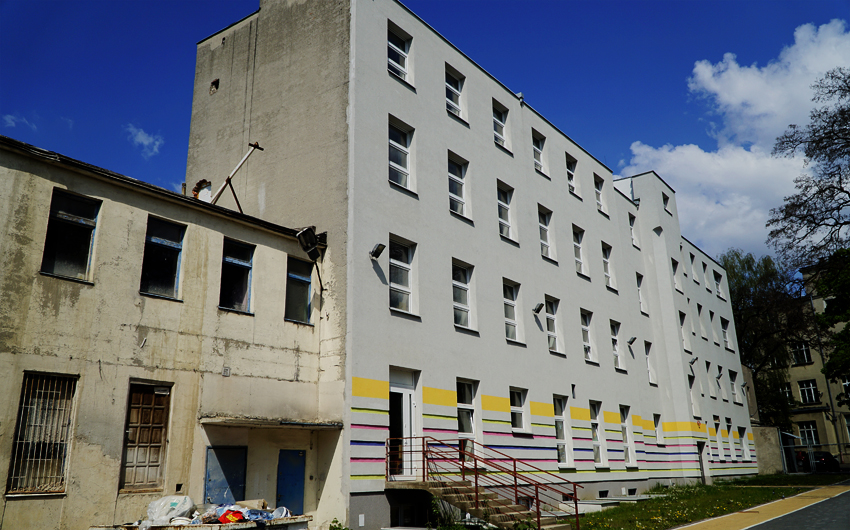 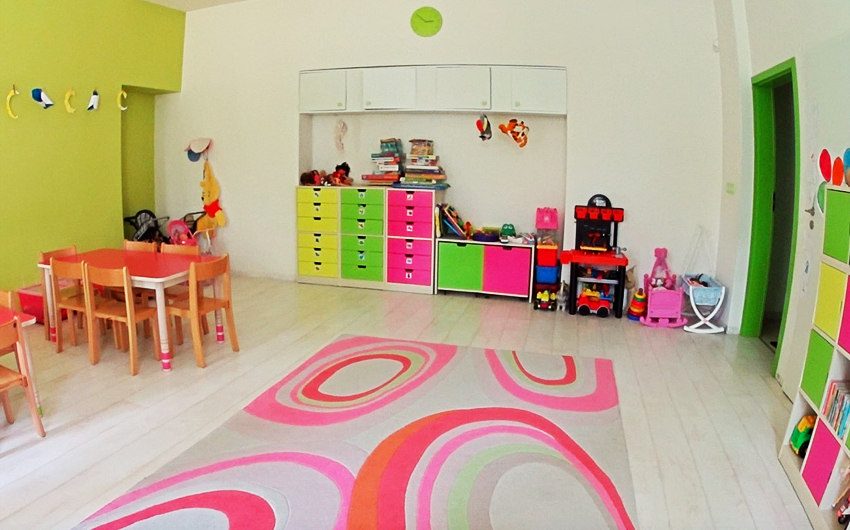 One of the renovated classrooms serving 20 Kindergarteners currently being reached by the school. 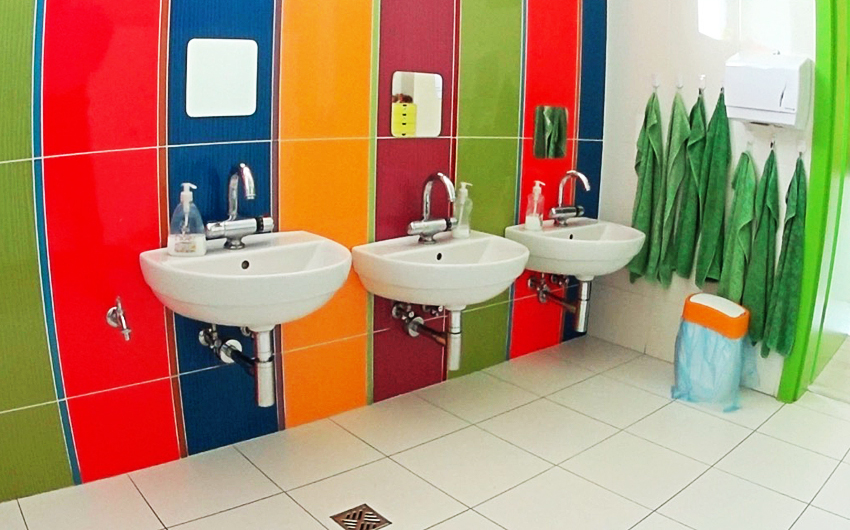 The building was decrepit when they obtained it, and there's still work to be done!

They have also reclaimed an old run down church across town that when renovated, will serve as a daycare for the elderly who can’t afford it.

This will not only allow them to demonstrate their love to the needy, but will allow them to do it in another part of town, in front of another group of people!

Leszek and Anna Wakula are making a big impact in a forgotten place where needs are great. They are sharing the love God has given them with many who only hear messages of guilt and feel forsaken.

The Wakulas need ten families to join them. They need 10 people to share $22 a month with them.

They need 10 people to partner with them in reaching the forgotten and abandoned in Lodz, Poland.

They need many more people that will hold them up in prayer as they graciously love the people of Lodz to Jesus.

GIVE NOW
I'LL BE ONE OF THE 10! LESZEK AND ANNA CAN COUNT ON ME.

ITMI's Leszek Wakula shares about the ministry he and his church are known for in their city of Lodz, Poland, helping in an area of desperate need that few others are willing to get involved in. ... See MoreSee Less