This article was originally published in the August 2017 edition of ITMI Monthly.

“Honestly, though, I did not expect to hear Mrs. Lili's words when she looked me in the eye and said...”

ITMI’s Ema Ban was chatting with some Little House of Treasures Preschool mothers when the story unfolded.

But first, a little about our partners, Adi and Ema Ban.

Adi and Ema live in Oradea, Romania, where they have been faithfully loving, serving and discipling young married couples for years. They meet with a group of them regularly, as well as give conferences and seminars on growing healthy families.

But that’s not all.

At the end of 2015, several young couples so desired to be part of the Ban’s Young Couples Fellowship, that they ended up launching a second group in 2016.

The Bans led groups to love and serve some very vulnerable people nearby, a group of ethnic Romanians isolated on the wrong side of the border of adjacent Ukraine. Now, several visits later, the group is taking risks to serve and love in some tough places.

To reach deeper into their community, they operate Little House of Treasures Preschool and Community Center. This gave them ways they could plant Gospel seeds and be part of the lives of more families who need encouragement and the Good News. 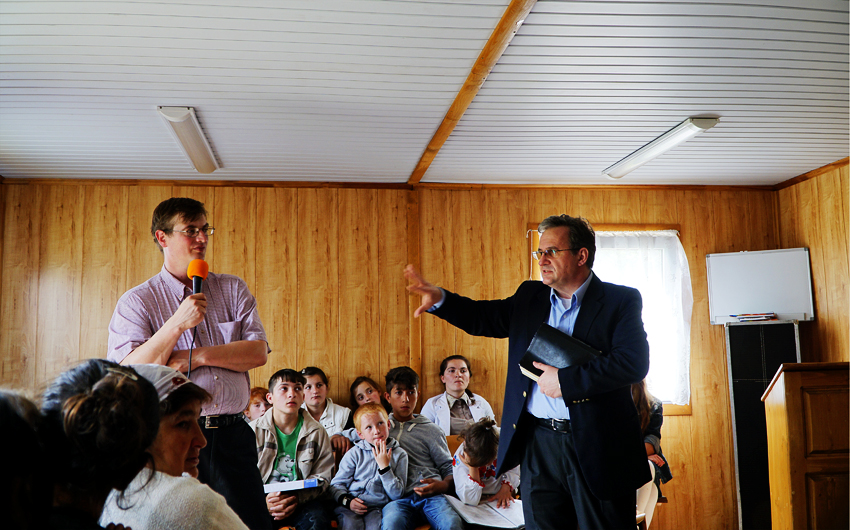 A seasoned speaker, Adi Ban encourages the church in Ukraine. 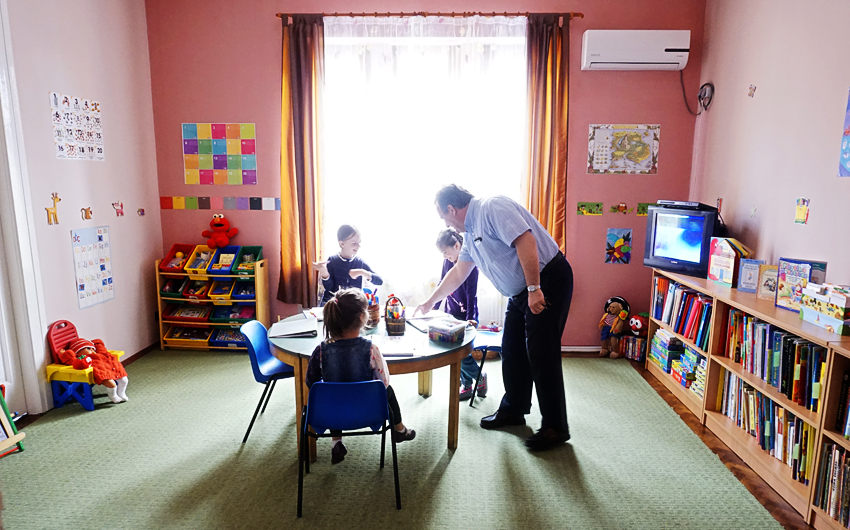 The Bans have also collaborated on two books on family and marraige, the most recent in September 2016.

Ema shares this story of how God merged the fruits of the Bans’ years faithful service to reach deeper into new places in their city.

On June 20th, our "Little House of Treasures" Pre-school had a Family Day to celebrate the end of the year.

It was a precious time of fun-filled activities - family games, cooking, listening to the children perform several songs.

Adi had a short message for the parents, encouraging them to "keep building character" in their kids, and enjoy this stage in life when children are inquisitive, creative, talkative, and playful.

The Lord gifted me with a special "surprise" as I was spending some time inside, chatting with several mothers.

This Christmas, we gave a copy of "Apologetics Around the Table" to all the parents who bring their kids to the "Little House of Treasures" Pre-school.

The book came out in September 2016, and it's a collection of topics for families to discuss. Adi and I wrote the chapter on God's Grace, entitled "What is grace, and how should I understand it?"

We introduced the parents to it and shared that is is a book they will enjoy reading and having in the house.

Honestly, though, I did not expect to hear Mrs. Lili's words when she looked me in the eye and said, "I enjoyed the book VERY much. I read it cover to cover, and lent it to four or five family friends to read it themselves."

WOW! Not only did she read it and enjoyed it, but she also strongly recommended it to friends! Thank you, Lord, for using us to reach homes of people who do not know you as their personal Savior!

GIVE NOW
PARTNER WITH THE BANS

Error: An access token is required to request this resource.
Type: OAuthException