200% returns on your Kingdom investment for a limited time!

A few years ago, Stone Hill, South Africa was a hopeless and terrifying place to live. But something's happened to change things in a way no one would ever have believed...

If stewardship is important to you, if you'd like maximize your impact, if you like tax deductions - and making a real difference at the same time, if the plight of the poor and marginalized are on your heart but you don't know what to do about it; then this is the opportunity you've been looking for!

Our project in Stone Hill, South Africa, with our long-time partner, Charl van Wyk, is starting to see some real impact! After years of faithfulness invested by a group of believers, and the believers all over the world coming together to financially aid their efforts, Jesus' Kingdom is spreading in Stone Hill.

Where violence once terrorized all, self-control and self-defense are demonstrated alternatives. Where hate once characterized the eyes of young men, hope and love can be found. 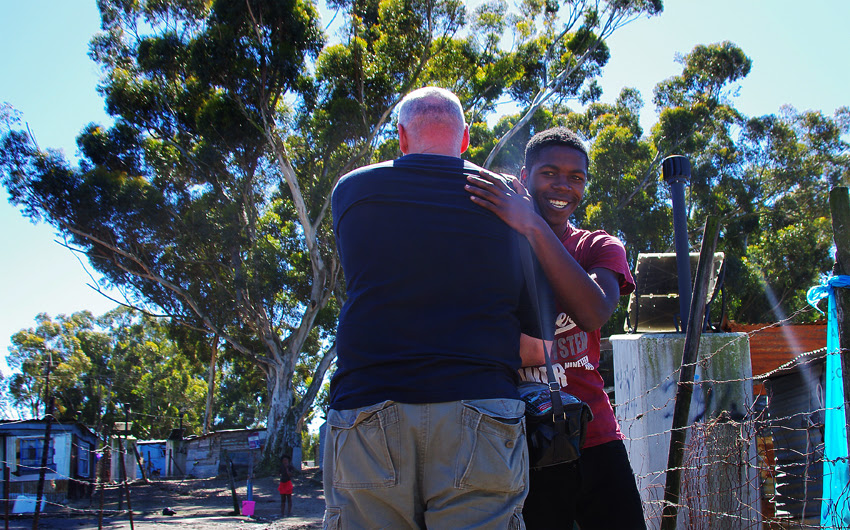 Where laziness was the only conceivable way to live, the value of work is being realized. Where gangsters once fought and stabbed one another over trivial matters, youth go on hikes and lift weights together.

Where sobriety was never considered, it is now practiced. Where Biblical morality was once outlandish, it is now permeating lives.

Where the benefits of discipline were never reaped, disciplined lives are emerging. Where most were once barely capable of receiving and understanding the “foolishness” of the Gospel, they are now taking it to others!

A place that was once known for violence and lawlessness was recently referred to by an outsider as a “Christian Township.”

"We’ve just run a boy’s Discipleship Camp – our guest speakers were two former gangsters both saved by the Grace of God whilst incarcerated. The Lord used them in a mighty way with the young campers.

Seeing young men from an informal settlement bend their knees to King Jesus is a miracle to behold."

This is coming on the heals of the exciting story of the Stone Hill Soldiers for Christ, a group of young men who have dedicated their lives to Christ and are making a big difference!

Now, we’d like to expand the Gospel influence in Stone Hill even further.

Many mothers - mostly single - work as domestics or as laborers on farms to put food on the table after partners have left them. At present, their toddlers are housed all day in a nearby shack with a small outside play area.

Single mothers and their young children are two of the most vulnerable groups of the already marginalized and forgotten.

And in the current conditions, they are even more vulnerable.

As clean as the two adults try to keep this shack with 34 toddlers, the fact remains that it is an insecure, unsafe and an unhealthy environment where those of tender age could meet with harm.

Not to mention, their development isn't being promoted while they are away from their mothers all day.

...and check out these exposed nails!

Some of the children who spend their days at Stone Hill's current daycare.

But how? Isn't such an undertaking too much?

Wait until you hear this ingenious and cost-effective solution!

We can purchase two shipping containers, cut and weld them together, fit them with fire-safety insulation, create an emergency/fire escape, install fire extinguishers, add windows for natural lighting and ventilation, meet all regulations and provide sanitary facilities.

This would create an Early Childhood Development Center with a large classroom and legally allow a secure, safe and healthy environment for 40 toddlers.

An additional $3,000 will help to kit out the facility with desks, chairs, a kitchenette that runs off our generator, Christian educational materials, fencing for protection, a small veggie garden for healthy foods, climbing frames and all the details needed to make this facility not just safe but beautiful, educational and beneficial.

The total comes to an incredibly reasonable $22,000.

Shipping containers? Will that really work?

Our present ministry facility built of containers has worked very well. It's one of the most secure, cost effective ways to build in an area like this.

We have every reason to believe two more containers will work beautifully to protect and serve Stone Hill's little ones.

One of our faithful supporters has agreed to match every US dollar we raise for this project!

That means every dollar you give does twice the work and twice the kingdom impact.

But there's a catch.

This offer only stands until the end of March 2017.

Would you consider partnering with us to further increase our Gospel influence in Stone Hill?

We are humbled and blessed by the past support from our ministry partners. We thank the LORD for His blessing us through YOU! Please consider supporting this work to reach vulnerable children with the Gospel.