This article was originally published in the September 2017 edition of ITMI Monthly.

Previously I’ve written about our discipleship camps for young men in Zimbabwe:

“One young man arrived on crutches from an injury he suffered in a crocodile attack. Thankfully, he wasn’t alone during the attack. “In a vicious fight his friends clung to his upper body and arms while the croc clutched his foot before—praise the Lord—the friends finally won out. “Medical staff managed to save his foot and toes.”

Mpumelelo (with crutches) and his friends each receive a Bible at our discipleship camp.

After all the local doctors have done to save his leg and foot, we’ve just received some bad news – Mpumelelo has an internal infection and the leg needs to be amputated below the knee.

This has obviously come as a shock to the family. Mpumelelo’s mother is a pre-school teacher, and his father is unemployed – not due to laziness, but to the economic collapse orchestrated by the communist regime of Robert Mugabe.

When people are hungry, it is easy to buy votes with food.

Mpumelelo explained to Cozmore, my co-worker, that he is ready for the procedure when funds are available. He is praying that the Lord will bless him with friends who will prayerfully, and financially, support him through this ordeal.

The estimated cost of the operation is $700, dependent on theater time. And an artificial leg will cost around $400.

The family’s life savings of $200 is what they have available at present.

Through our network of missionary friends the Lord prepared the way for us to have some medication sent to Mpumelelo that will help build up his immune system, fight the infection and prepare his body for the shock of the amputation.

Even the delivery of the medication is no easy task and includes borrowing a vehicle, hours of driving on bad roads, expensive petrol and negotiating multiple police road blocks.

Will you please pray for Mpumelelo and his family? And if you feel so led, financially support him?

Financial support can be given through ITMI – remember to note ‘croc attack’ under instructions.

Funds received over and above the needs of Mpumelelo will be used to support other Zimbabwean Christian families suffering with major medical challenges.

Thank you in advance for your prayers and support. 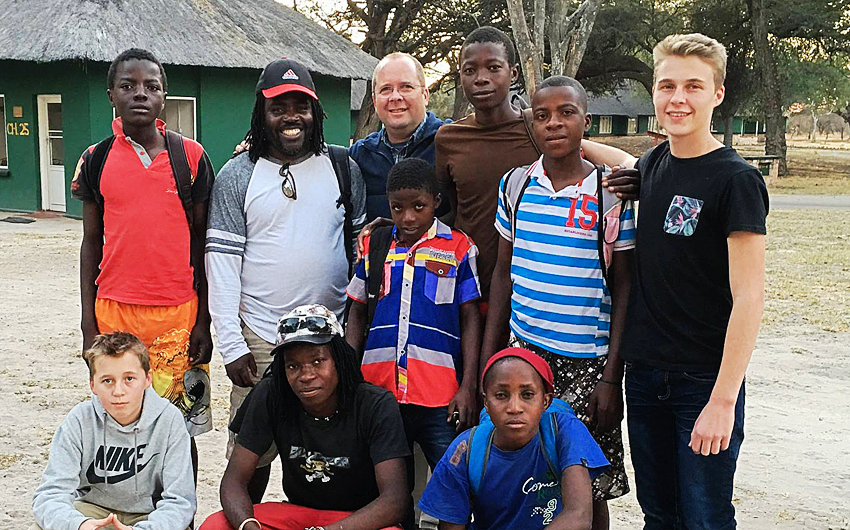 ITMI can report that in one day after Charl sent this info to his email list, all the funds needed except for a small amount, came into ITMI.

You can’t now help with Mpumewlelo’s operation, we all can help Charl help the other Christian families who suffer in Zimbabwe, often forgotten and who are most grateful for what we are doing to support their health needs. 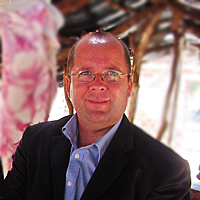 Charl van Wyk is a full-time missionary and the best-selling author of ‘Shooting Back – The Right and Duty of Self-Defense’. Currently, Charl is working to grow a Christian university, school and church in Central Africa, supporting African pastors with Bibles and bikes, and is a patron of the Organization for Peace and Conflict Resolution in Congo. He speaks internationally and has had numerous newspaper, magazine, radio and television interviews.

"When Kelly and Cherise Smith arrived home at 7 Rivers Farm in KwaZulu Natal last June, winter holiday was in full swing for the cluster of three Zulu villages in the area. They’d done - once again - one of the hardest things about being on the mission field. They’d..." ... See MoreSee Less

When Kelly and Cherise Smith arrived home at 7 Rivers Farm in KwaZulu Natal last June, winter holiday was in full swing for the cluster of three Zulu villages in the area. They’d done - once again -...
View on Facebook
·Share