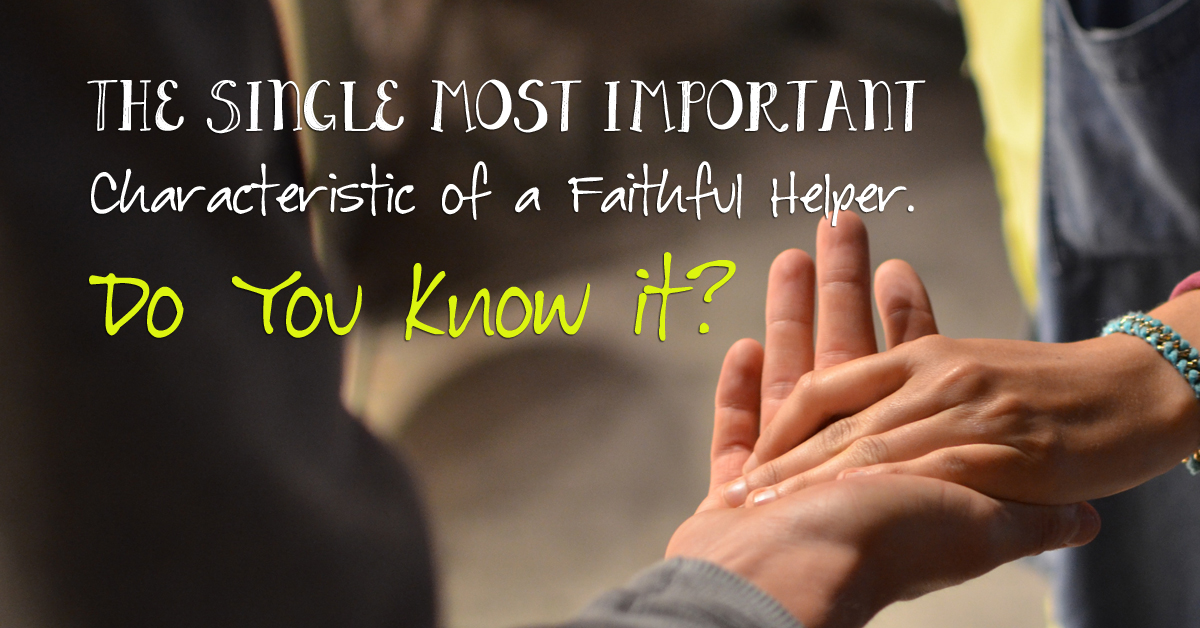 In a recent update, my brother  Johan Leach in Zambia had the following prayer request:

September has been a very, very busy month.

A month in which we have earnestly prayed to the Lord of the Harvest to send us faithful, available, submissive and teachable helpers, both Theological as well as Physical as at times the load seems to become too heavy.

Pray with us, for the harvest is ripe yet the laborers few.

Allow me to reflect with a few thoughts on his request.

This is something that we as missionaries experience from time to time, especially if part of your mission work include  not only reaching the lost for Christ, but also to establish a mission station in the process.

To establish such a mission station is no small endeavor. You and your family have to live and it makes sense to start certain projects to make life easier.

This may include projects for food or maybe even be an enterprise to generate funds. There is however an even more important reason for such projects.

To be a testimony and light to those around you who in many cases over the years had fallen into a life of just existing on a daily basis.

The le Roux family has established a mission station in Onseepkans: Onseepkans Mission.

Children from the community eagerly gather each week for "Kids' Club", an unheard of blessing for children in this area.

With the nearest true grocery store a 2-hour, fuel-draining drive away, the le Rouxs have established various food projects to feed the family of 12. 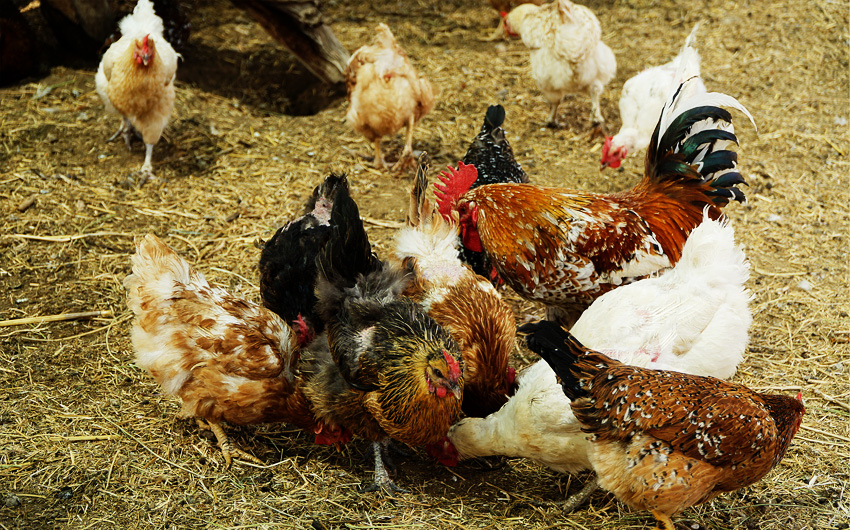 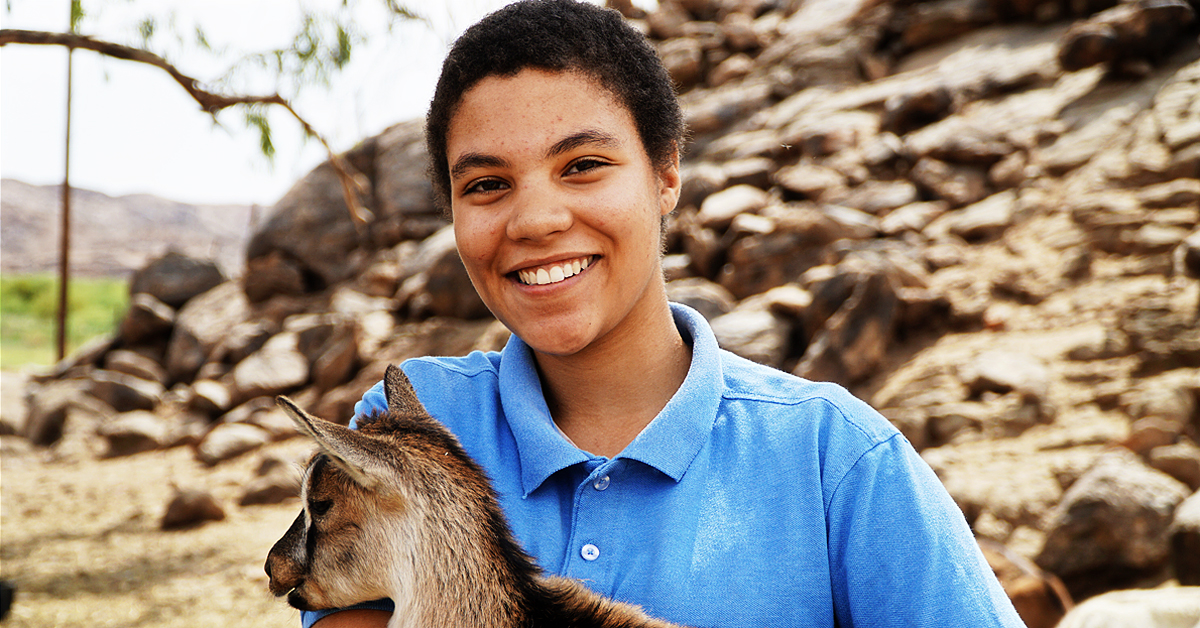 Talitha le Roux cares for the goats of Onseepkans Mission.

Many times the people around you have no hope and no vision, and through the projects of a mission station you again install hope and vision into their lives.

This is where it becomes difficult.

To establish a mission with different projects and try to make them work together with trying to reach the lost around you, can bring you to a point of “...at times the load seems to become too heavy...”

Not only do we face our shortcomings, our flesh, the devil, but also the near impossible task of establishing something out of nothing.

The le Roux family blesses the elderly of Onseepkans in the midst of building their mission station from nothing.

It is then that we over and over learn the lesson: Not I, but Christ.

In our own strength the task before us seems impossible, but when we surrender to Christ, sometimes against all human understanding, He grants us the grace for on step more.

How many times we learn the lesson, we are not in the first place in the mission field to reach the lost for Christ, but for Christ to reach His will in our lives. 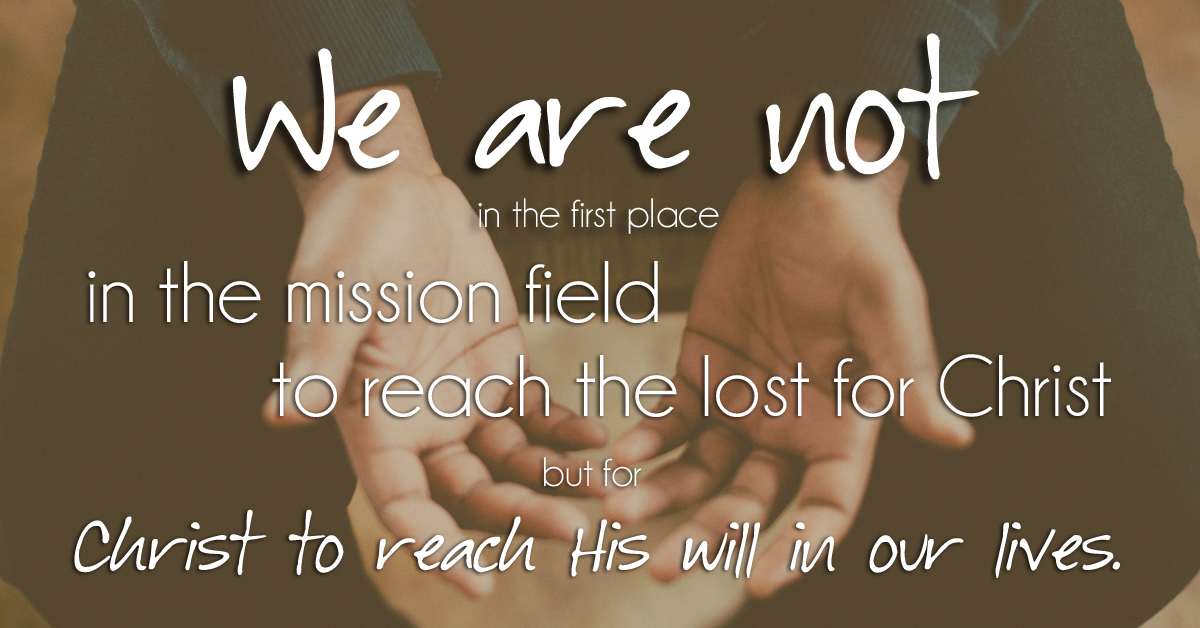 A second thought is about co-workers.

Johan shared how they earnestly prayed for helpers. Through personal experience I have learned that there is nothing that drains a servant of the Lord's energy so much as having to deal with double-minded helpers.

Not only had I been on the receiving end, but sad to say also on the giving end where I had been the instrument of burden to others.

I was in the situation where I found “faults” with the leadership and criticizing the “mistakes” of my fellow brother in Christ. God was gracious to me and gave me the grace to humble myself, apologise for being an instrument of division and submit to leadership of my brother.

It was a hard and difficult road back.

I believe the single biggest characteristic of a faithful and productive helper is the ability to submit to authority, irrespective of how many mistakes that authority makes.

Let us be clear about the difference between “mistakes” and “sins”. If someone sincerely seeks the Lord and maybe makes mistakes in the process, who gives me the right to criticize and question?

Instead of being a blessing and helping those in authority above us, we become a curse and a burden.

Gross deliberate sins on the other hand need to be addressed and exposed for the sake of Christ's honour. It is better for a servant of the Lord to toil alone than to be dragged down with double-minded helpers.

Please pray that God will send faithful helpers to His servants, helpers that will truly be a blessing to those working for His Kingdom.

GIVE NOW
PARTNER WITH THE LE ROUX FAMILY 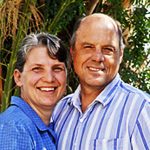 Gerhard le Roux and his family serve their town of Onseepkans, South Africa through development projects, hosting a weekly gathering of kids at their home, leading, equipping and encouraging the local church while declaring and demonstrating the Gospel.