It was still morning, but the Bangalore sun’s intense rays were already zapping the life out of everything in its path. The humid air weighed a thousand pounds.

ITMI’s Steve Evers was visiting our Indian partners, David and Taru Kumar. David and Taru planned to take Steve outside the city to some rural villages where David equips pastors and believers to reach out to Muslims.

“I will get a headache,” Taru stated matter-of-factly. Taru has suffered from debilitating headaches all her life. The issue seemed temperature-related. Having long hair appeared to exacerbate the intensity of the headaches.

This is why Taru wears her hair cropped, even though in her culture, long hair is considered beautiful and short hair is seen as shameful. 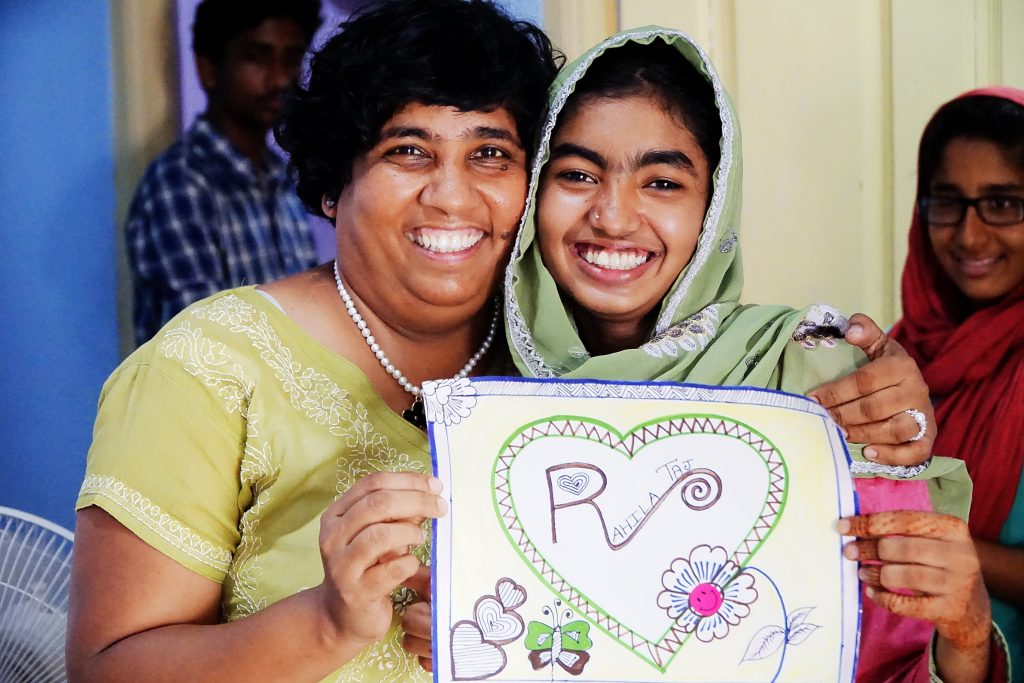 Taru Kumar and one of the women of the slum where she ministers.

Nonetheless, she determined make the hot trek with Steve and David.

A native to the Sonoran Desert of Arizona and a seasoned traveler, Steve deals with the Indian heat with a special cooling towel. The towel provides can cool up to 30 degrees for hours. Steve offered it to Taru for the day. 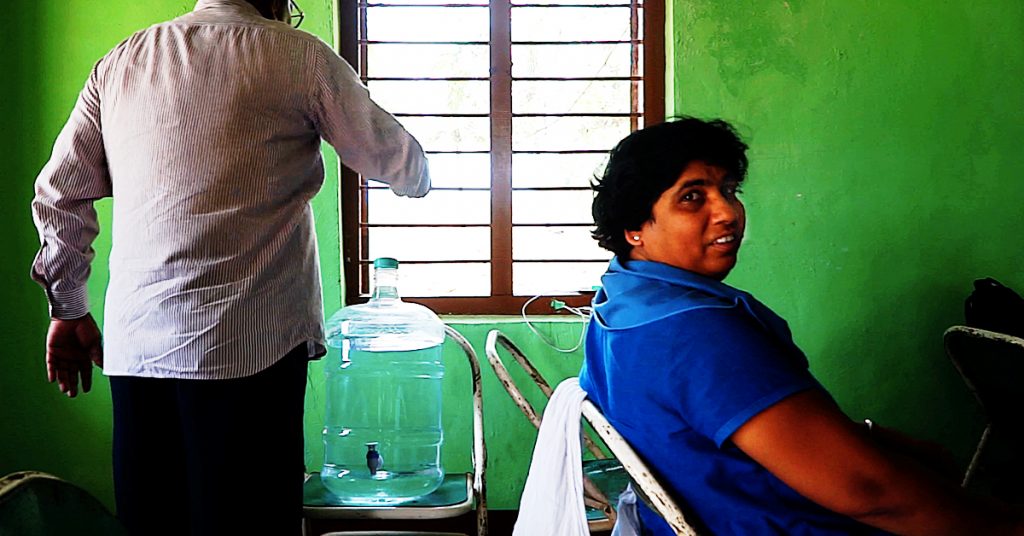 Taru wears Steve's blue towel around her neck and shoulders during a village training.

“Before I attended this training,” David shared from behind a simple table draped with a woven cloth, his dark skin glowing with mild perspiration, “I thought it was too hard to share with Muslims.”

It was a small room with bright, yellow walls. The participants sat cross-legged on the rugged floor.

Trainees listen cross-legged on the floor during the training. 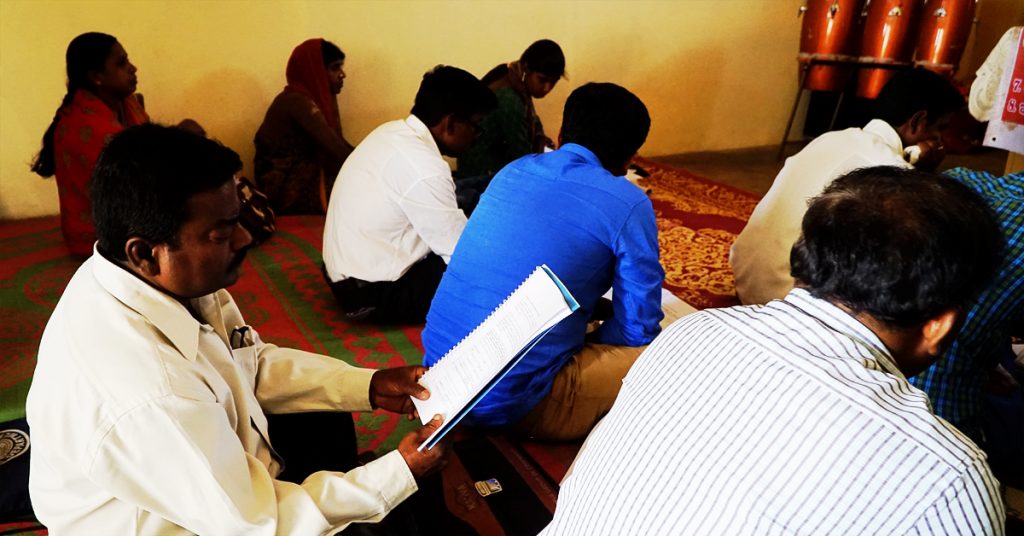 He continued with a gentle smile,”But after I went to this training, I realized it is not as hard as I thought.”

Many believers and pastors are unprepared for crossing paths with a Muslim. If a Muslim approached them or came to their church, it's not unusual for a Christian pastor to just ask them to leave.

After years of ministering to the people living in the Modi Road slum, often called “Little Pakistan” because of its 95% Muslim population, David interacts and dialogues with Muslims daily.

David leading a session at one of the village trainings.

Steve, David, Taru and trainees after learning to share Jesus with Muslims.

When the three returned to the Kumar's home in Bangalore, Taru was exuberant. Her head felt fine all day!

Most of Taru’s ministry happens in a handful of closet-sized rooms packed to the limit with slum children.

The heat and humidity in those rooms are at distracting levels, but Taru pushes through her headaches and ministers every day with a smile and overflowing love for the women and children she is called to reach. 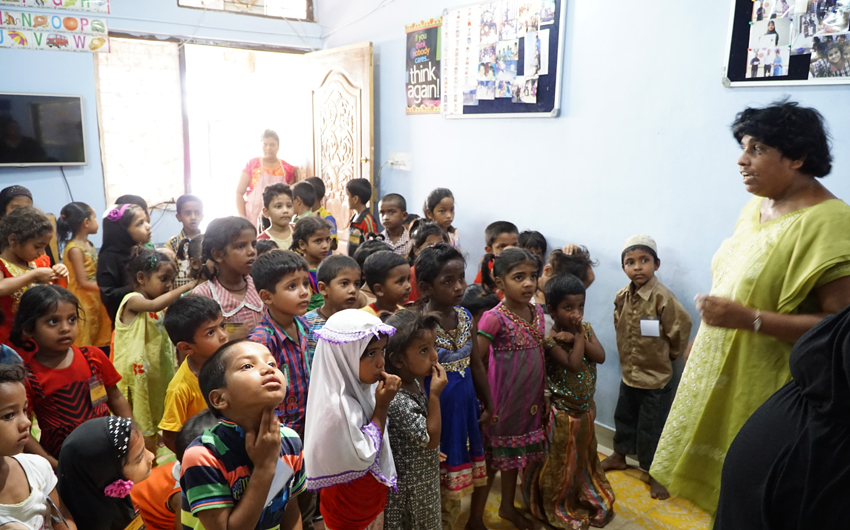 Taru sharing Jesus with slum children during a VBS program. 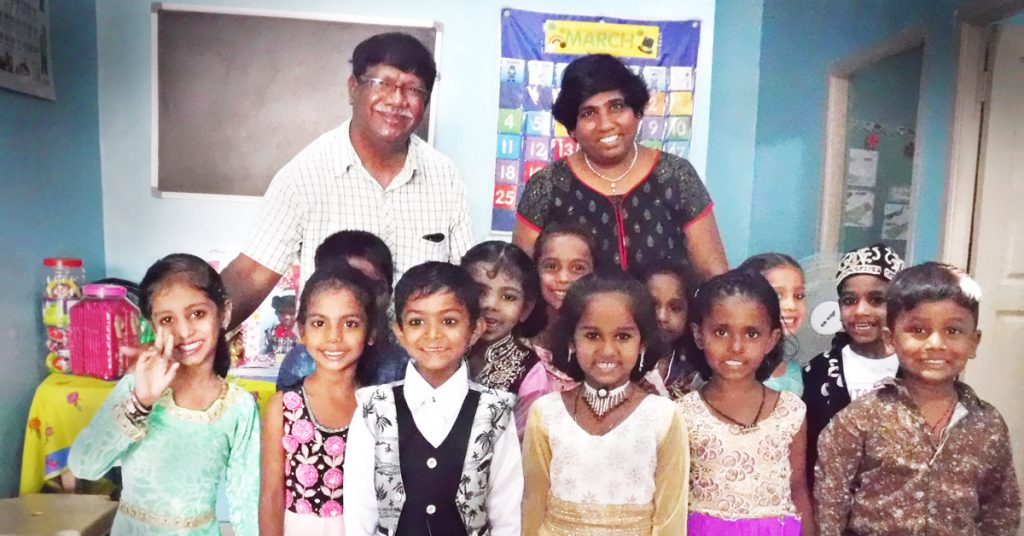 David and Taru with students from their 35 member primary school.

Steve left the towel with Taru, and she uses it daily. Oh, to be able to do what she's called to do less pain or no pain! What a monumental pivot in Taru's life and ministry!

For under $20, Steve drastically improved Taru’s quality of life and ability to minister.

A commitment to pray, an encouraging email, a small financial gift or a well-thought out needed item can make a really big difference in the lives of one of our partners.

GIVE NOW
MAKE A DIFFERENCE

ITMI's Steve Evers, giving a remote isolated village in Zambia a solar-powered Proclaimer, loaded with a recording of the New Testament in their language they could gather around each night to listen to! ... See MoreSee Less