How they went from hurting to empowered ambassadors.

All this means the needs in South Sudan are great. Almost everyone has been a victim of one kind of trauma or another. So many are hurting.

You may not know that in this culture, if someone you know has a need, you are obligated to meet that need. It might put your own family in jeopardy. It might mean your children don’t eat.

With such great need all around, this means families are constantly put in jeopardy as they meet this cultural obligation.

Every culture points to the world's Creator with the beauty that can be found in each one. God's Word also critiques all cultures. Including our own.

As ITMI’s South Sudanese partners hold up their own cultural practices to what the Bible says, some big realizations are rippling through the people they minister to.

A year ago, in the course of her 7-days a week counseling ministry through her church, ITMI’s Vicky Waraka came across 8 widows. 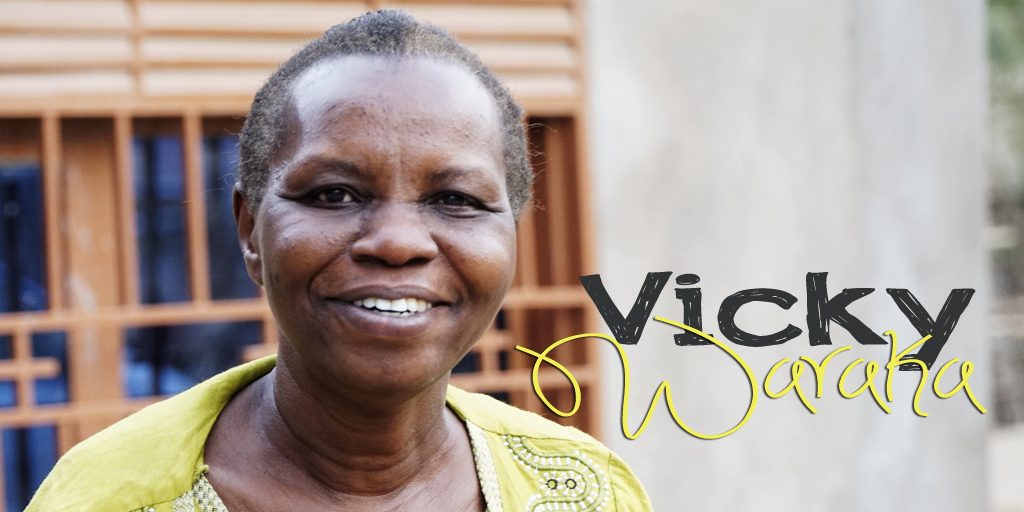 As she provided counseling and guidance, sin was turned from and the women were freed by Biblical truth. But Vicky realized there was more to truly helping these women.

The next step was training them on how to operate a business with Biblical principles. 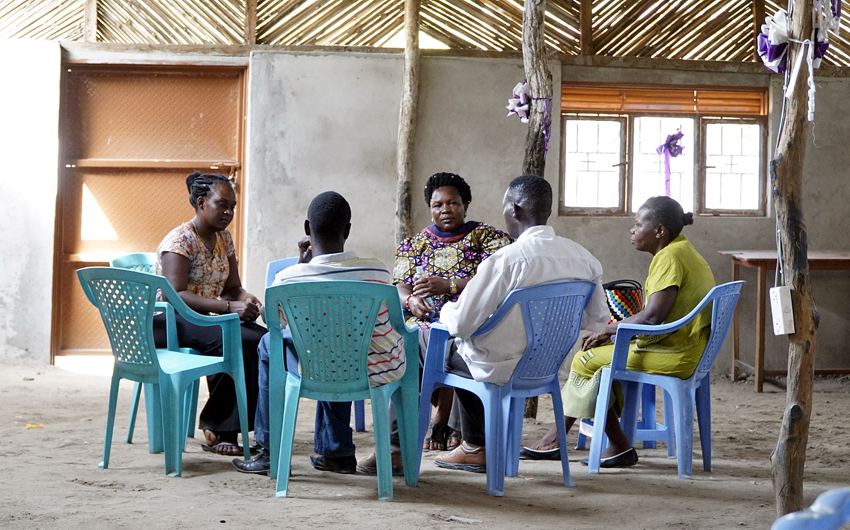 Vicky counseling and praying with a group of hurting people.

That’s not all Vicky did.

Vicky did something that shows her dedication to helping people. She personally made small business loans to each of the women. Each went out and started a business that creates income and provides for their family.

The women formed a group that meets regularly to help one another and encourage each other as they learn. A year later, all 8 are business owners, consistently providing for their families and helping others around them by sharing what they’ve learned!

Then, Vicky formed an additional group of entrepreneurs called the “Hope Group.”

She reports that the groups are like family. They meet together regularly, encourage each other through struggles, brainstorm and advise each other and support one another. 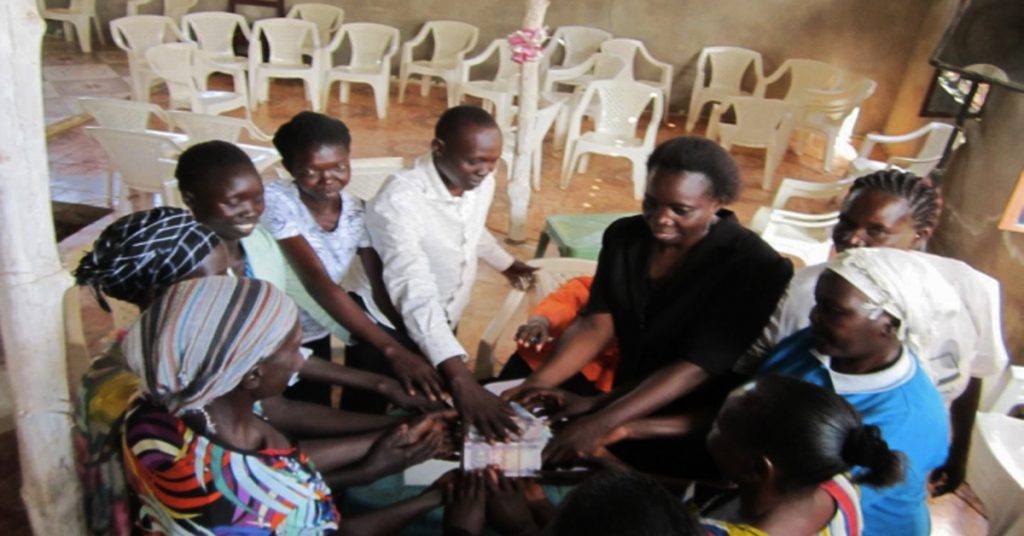 The Hope Group prays, committing the use of the money lent them to the Lord.

Charity used the small business loan to begin baking local homemade bread known as Ash. She sells the Ash and drinking water outside her gate.

Jaslene makes ligemat and sells it at her doorstep each morning. Ligemat, similar to fried and glazed doughnuts, is the most common breakfast food in Juba.

Zelpha sells onions, tomatoes, okra and spices at her gate.

Charity, Jaslene and Zelpha are widows. “These women are very hard working and have been a great help to their family and the women’s ministry. They have encouraged a lot of other women who have also been through the same situation as them,” Vicky reports.

Adut is the secretary of the group. She records what is discussed at the group’s meetings.  Adut just “sat for her final exams” and will attend University next year. To pay for it and help her family, she bakes and sells cookies or kak naime. 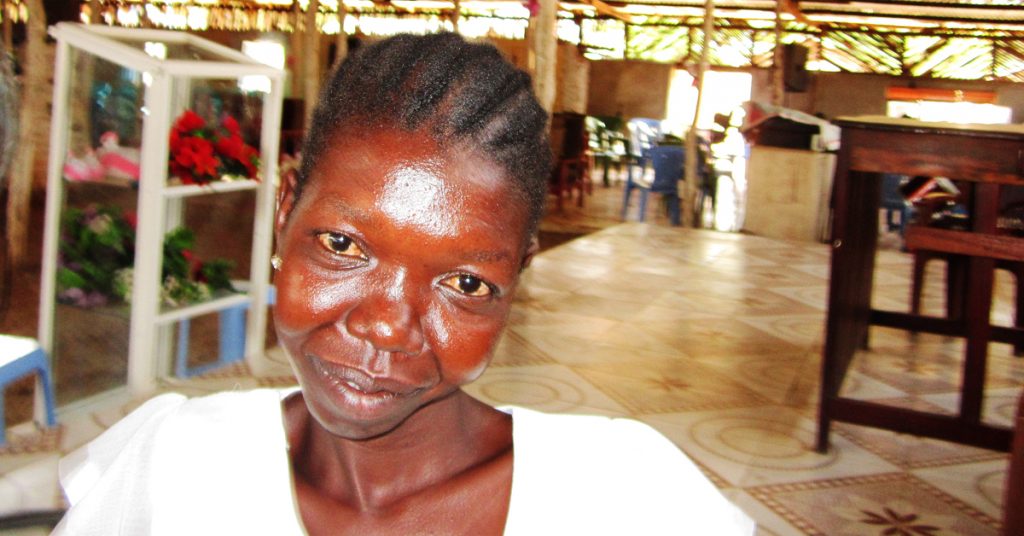 Judith makes groundnut paste and sells it in her neighborhood. She also carries some wherever she goes. Groundnut paste is used while cooking many dishes in south Sudan. It thickens and adds flavor.

The nuts are first roasted, then the outer cover is removed. Finally it is ground into paste. Judith has found a wide market for the paste since the process is quite tiresome. 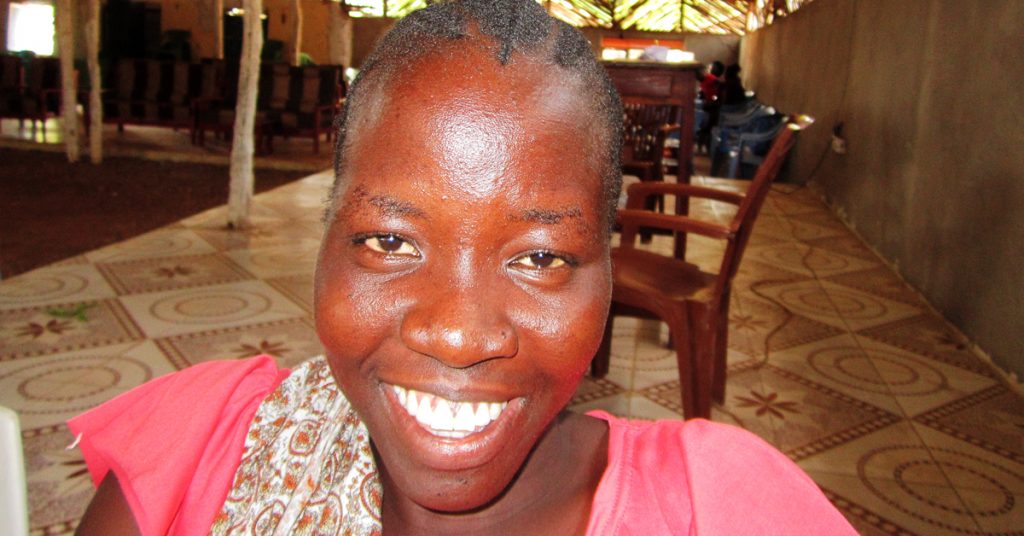 Christine took Judith's advice and now her business is thriving.

“As we all know in business it’s not always a sure deal. And most successful business people ventured in several businesses before settling in the one they profit most from,” Vicky comments.

Christine’s first product was not yielding great results. Judith advised her to switch to paste-making, which turned out to be solid advice. Just a week after switching, Christine reported that the switch was good for business. 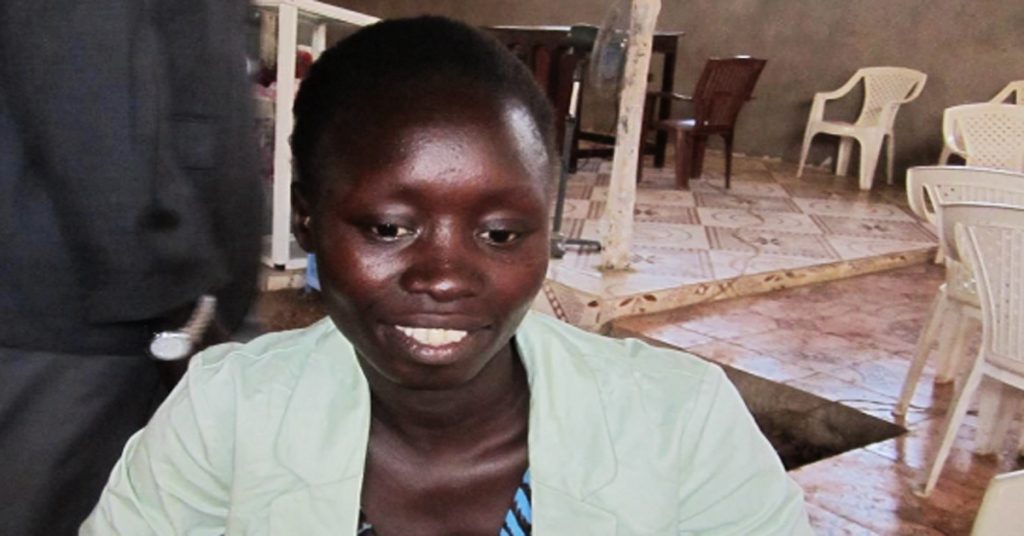 Mary has made her business mobile using a sania, so she can serve more customers.

Mary sells roasted simsim, simsimballs, roasted groundnuts and a traditional delicacy made from pumpkin seeds called tisali from a large circular tray called a sania which she carries around. Being mobile allows her a wide market.

“Our aim is to make a better community of peaceful, loving, and most of all God fearing people,” Vicky shares, “We are therefore thankful for the great impact this ministry is having on the lives of its members. Amid all the challenges we experience, we thank God first of all and then I thank you, my sponsors, for your support.”

What does this mean for you?

It means that if you’ve supported Vicky Waraka, this is the far-reaching ministry you have in South Sudan. You empowered a group of women to go from destitute to providing for their families.

You - through Vicky - turned a group of hurting, powerless and hopeless women into empowered, hard-working ambassadors for change.

It also means that if you want to be part of truly changing and impacting lives in this destitute war-zone, the opportunity to join Vicky in making cascading changes is right in front of you!