Mugabi Abdallah was a twenty-two-year-old Muslim accused by his girlfriend of something he believes he did not do.

Heartbroken and hopeless, he was serving his sentence in Kauga Prison in Uganda. Last fall, he and 62 other inmates participated in a Bible course that ITMI’s International School of Missions was invited to give inside the reformatory.

Founded by our partner, Muhindo Kawede, the International School of Missions provides Biblical training for pastors, leaders and evangelists near Kampala, Uganda. 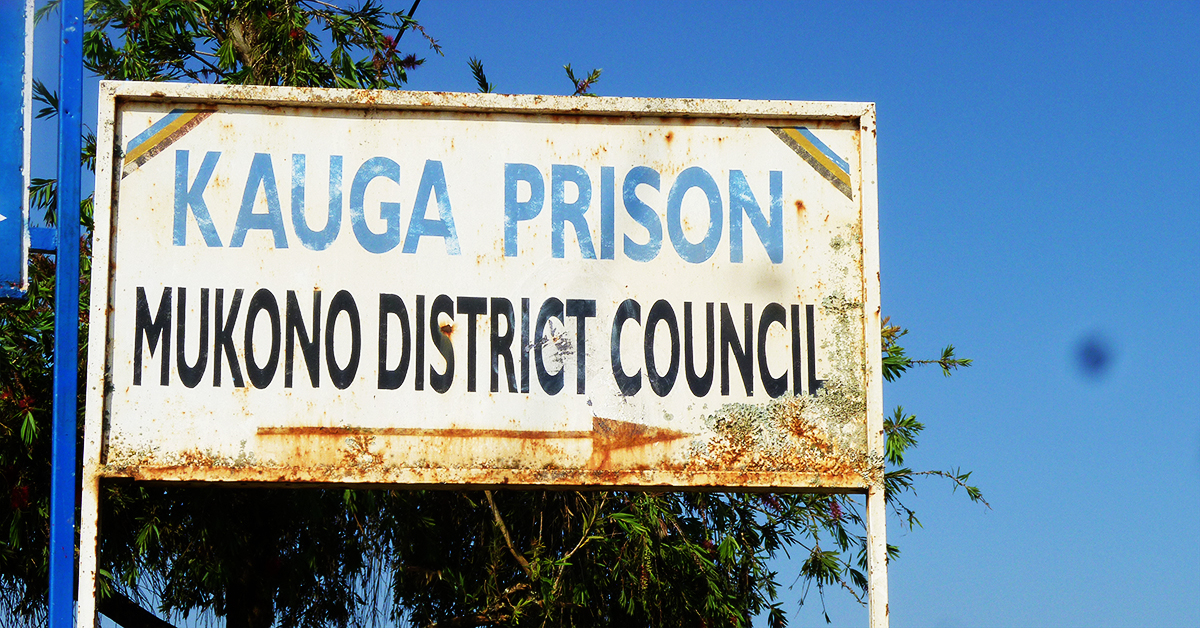 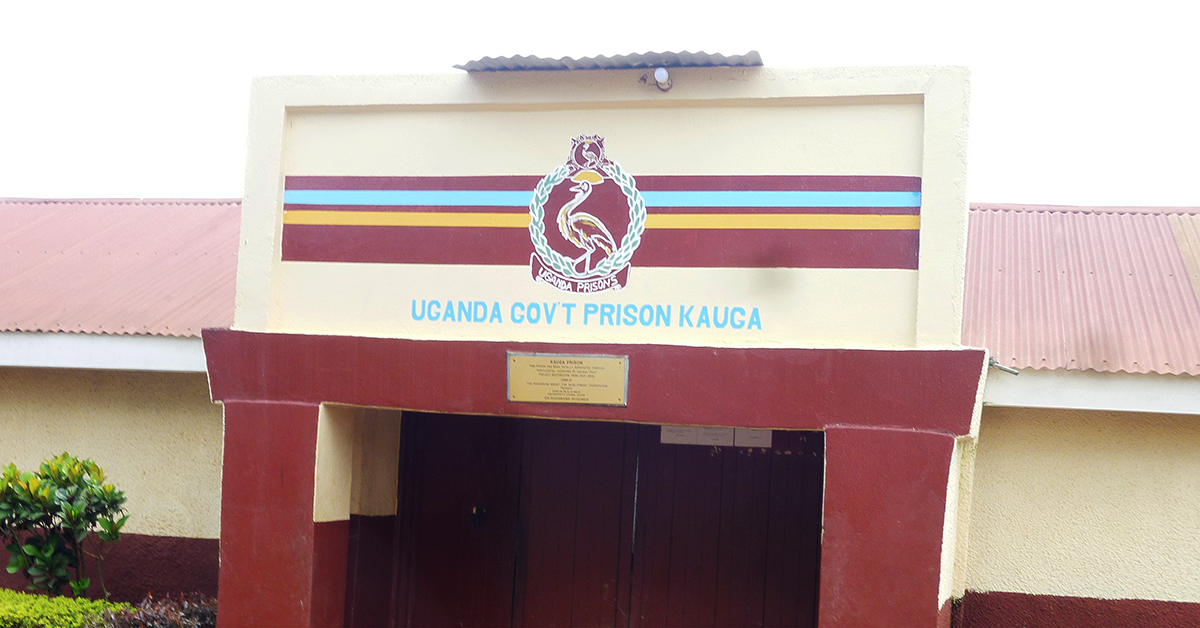 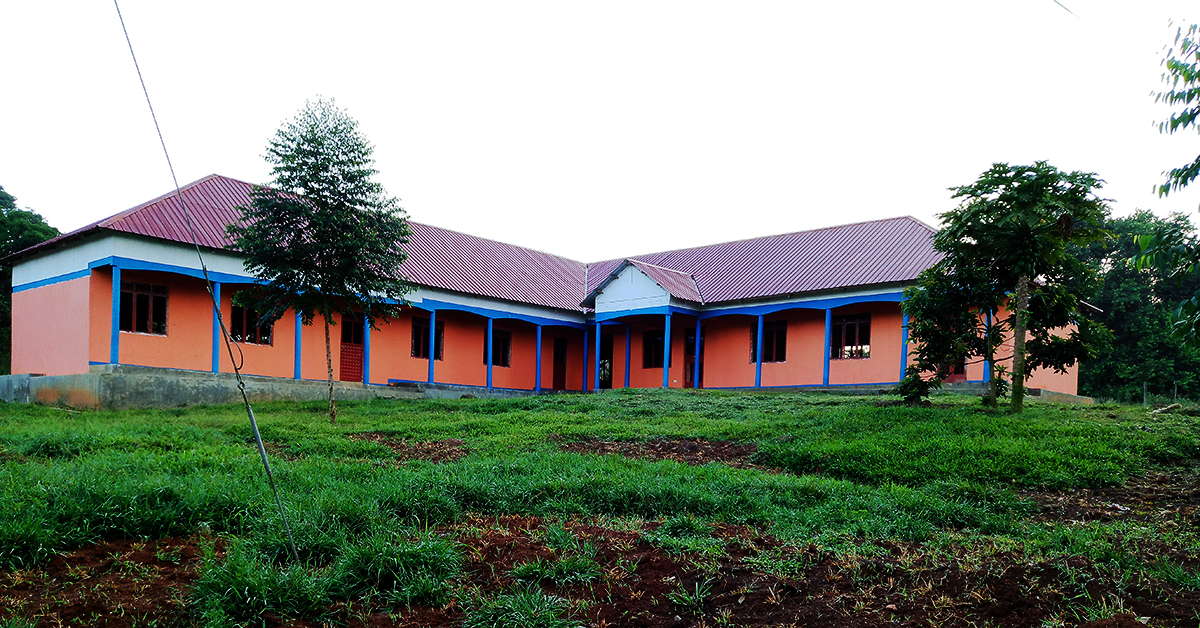 The main building of the International School of Missions, Uganda. 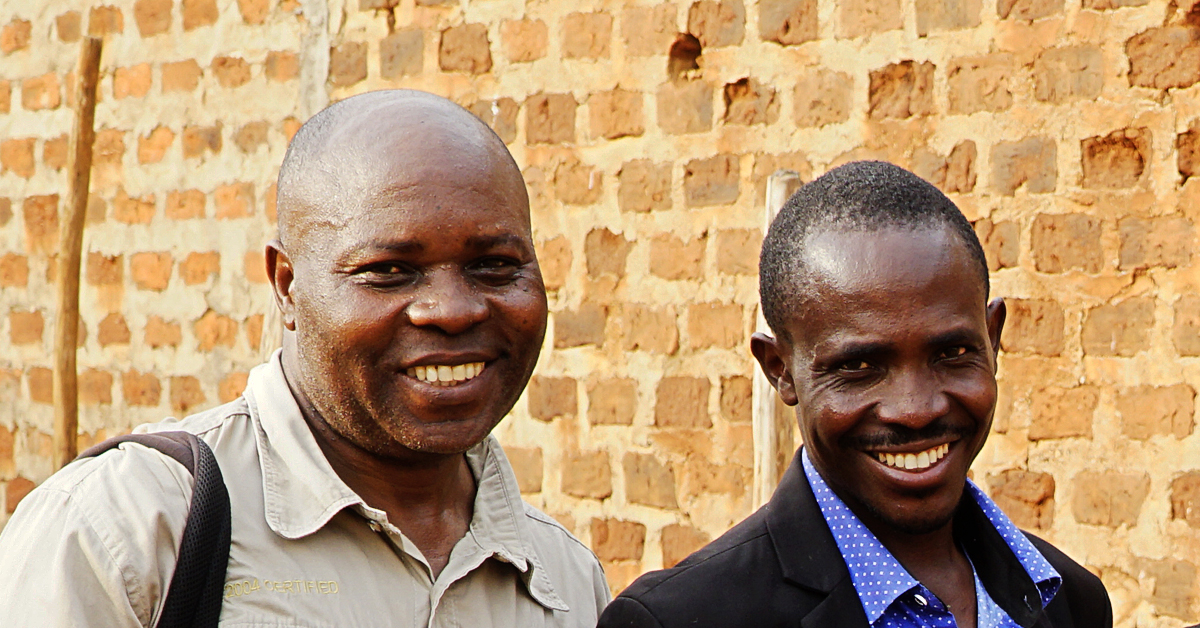 Muhindo Kawede (left) with Francis, a missionary to children in Katooga slum who is currently being equipped at ISM.

During the course, Mugabi hand-wrote the following words in a letter to the International School of Missions,

“Now, having been taught about Jesus Christ, I have willingly changed my mind. In my heart, I have forgiven not only my girlfriend who brought me in the prison, but everyone who has trespassed against me. This Portable Bible School has transformed my life.”

After praying with him, Kawede rejoiced, “The prison police took Mr. Abadallah back to prison happy, singing and praising Jesus. Praise God.”

Muhindo has 39 other letters from prisoners, sharing the transformations they experienced through getting to learn Biblical truth from within the confinement walls.

“This Portable Bible School has encouraged me to develop and have love for the Bible and helped me understand the love of God for men.

I am encouraged to know that God can raise people from dust to kings. For example David was a shepherd, but God called him to lead His people. Joseph was sold out by his brothers as a slave...but went from slave to king.”

This is the kind of true hope a prisoner needs to face each day: my life is in God’s hands and my restricted and lowly status won’t prevent Him from what He wants to do with my life.

“I have learned to be submissive to God because if I disobey, it is painful.

Being a prisoner, I had gained bitterness in me because of my accusers, but I learned that bitterness doesn’t make me better...only after forgiving and forgetting the past will I grow spiritually. Jesus forgave those who persecuted Him.

It’s through this Portable Bible School I felt loved and valued.”

Many of the students said they realized the Lord allowed them to be imprisoned so that they could meet Jesus.

The course began with an overview of the Bible, spent significant time focusing on the Biblical doctrines of God, Jesus Christ, Man, Salvation and other topics, then discusses the Scriptures’ view of Leadership and Holy Living.

All 63 students finished the program and received a certificate.

Forty-seven of them, including three Muslims and one Hindu Brahman or priest indicated that they wanted to accept the gift of salvation.

One of the guards also participated and gave his life to the King of Kings.

Many of these 47 would like to learn more at the International School of Missions and serve as missionaries if and when they are released. The three Muslims have already started sharing Jesus with the other Muslims in lockup.

As the course wrapped up, Kawede knew these baby believers still had a long way to go. He wrote,

“There are some prisoners who think God is a snake.There is a lot to be done to disciple the new Christians and other prisoners. Thank you for allowing me to train and equip leaders through your prayers and support. Pray with me that many lives will come to Jesus and be discipled.”

With some time left in the course, Kawede selected 3 inmates to be shepherds within the prison, to begin a Bible study so these new believers could continue growing, while Kawede watched and helped them.

In November, Muhindo was granted permission by the Uganda Prison Service to give Sunday services in Kauga beginning in 2019.

Inmates listen as ITMI's Muhindo Kawede shares the Good News that Jesus can transform and use people with past sins.

Muhindo Kawede confers a certificate to one of the 63 graduates of the Portable Bible School course.

On the day of the graduation from the course, Kawede masterfully preached the Gospel from Romans to a large group of men and women wearing state-issued yellow and orange jumpsuits.

He shared that Paul, the author of the book, was a murderer, but was forgiven by God and called to preach the Gospel. The prisoners applauded when he challenged, “Maybe God allowed you to be here [Kauga Prison] so that you would hear about Jesus!”

He encouraged them that Paul was able to make a great contribution for the Lord from prison.

Many convicts who were not part of the Bible course responded to Kawede’s invitation to give their lives to the Lord as a result of hearing the Gospel through the words of a prisoner in ancient Rome.

I am reminded of the words read aloud in a synagogue in Nazareth by a Jewish carpenter born during the rule of Julius Caesar, as recorded by the Doctor Luke. (Luke 4:18 -19a)

“The Spirit of the Lord is on me,

because he has anointed me

to proclaim good news to the poor.

He has sent me to proclaim freedom for the prisoners

and recovery of sight for the blind,

to set the oppressed free,

to proclaim the year of the Lord’s favor.”

Declaring freedom for prisoners was an example of what was at the heart of Jesus’ mission on earth.  So dear was this mission to Him that He would go on to lay down His life that captives - of all kinds - might be set free. 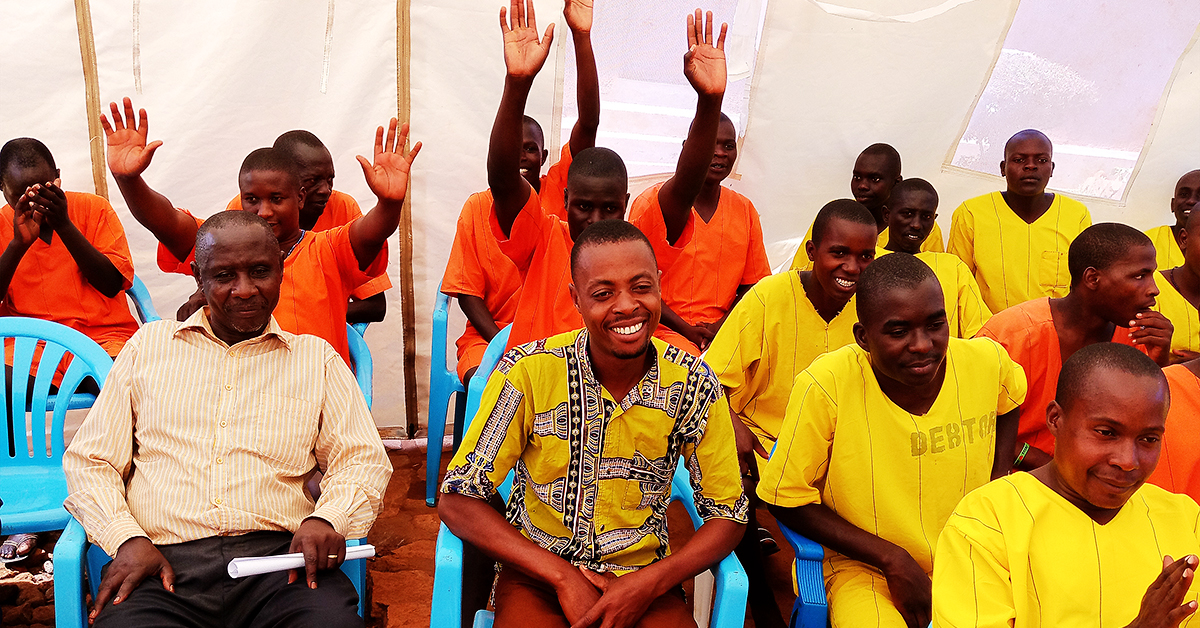 In partnering with Kawede to share Jesus’ good news with the oppressed, one could not be more “with” the Lord or closer to Him and His heart.

What a blissful place to be!

GIVE NOW
PARTNER WITH THE INTERNATIONAL SCHOOL OF MISSIONS