This article was originally published in the June 2019 edition of ITMI Monthly. 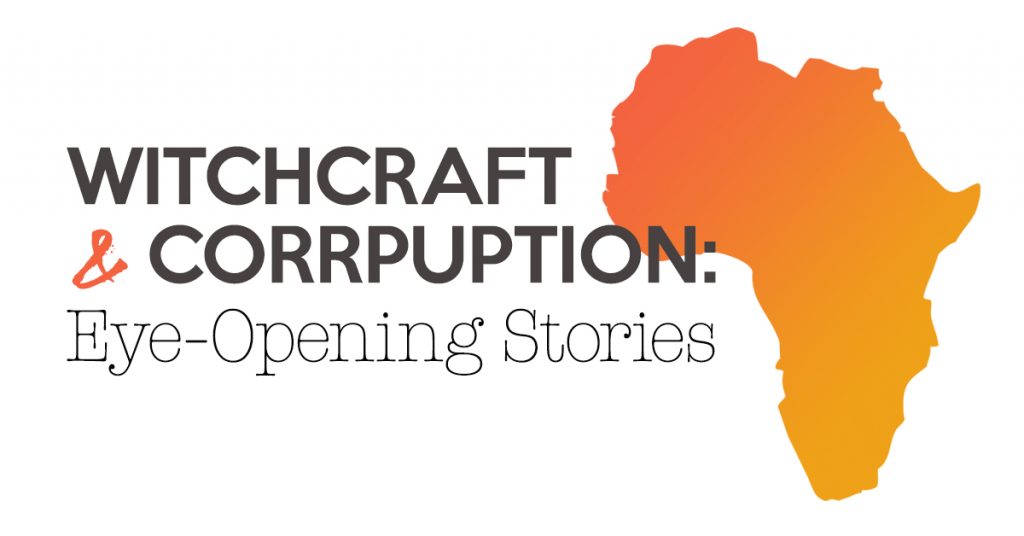 Our partners in Zambia, Timothy and Ashley Keller told this story,

As Dora watched the boys yelling and throwing stones, she wondered what kind of snake they were trying to kill. She decided she had better go make sure it wasn’t a big one that would end up biting them or a spitting cobra that could injure their eyes. As she approached she heard a pathetic mewing and realized the boys were stoning a tiny kitten!

In shock and horror, Dora chased the boys away and scooped up the kitten. It was shivering, covered in fleas, and probably not more than a week old. As she attempted to find its home, she was urged by the boys and other bystanders to allow it to be killed. “It is a witch! You must not allow it to live!”

People followed her all the way back to our house, insisting that she couldn’t be serious about keeping this “witch” alive.

They were serious. They truly believed the kitten was a witch. These beliefs are continuously harming more than innocent kittens.

Recently an older woman was dragged to the hospital by her daughter. The woman was very, very sick with a high fever and confusion. After some examination, it was apparent that she had malaria. She also had all kinds of amulets and protective tattoos and smelled of smoke (the questionable kind).

This presents a problem.

You have a woman who needs life-saving medicines... but they could interact with whatever “muti” concoction that the witch doctor has had her on (could be anything from normal tea to chicken blood to psychotic herbs, etc).

So instead of going straight on medication, the woman needed to be flushed with fluids and stabilized first. Malaria acts fast on the elderly. Adding time before treating could cost her life.

“Witchcraft and its associated beliefs, fears, and practices undergird every aspect of life here. In counseling many of the issues are rooted in witchcraft. ”

Witchcraft isn’t the only systemic issue that God’s truth revolutionizes.

ITMI’s Charl van Wyk of South Africa and his ministry co-worker in Zimbabwe, Cozmore, were recently blessed by supporters who helped purchase a ministry vehicle that would enhance their outreach to the marginalized and impoverished in remote villages in Zimbabwe.

The purchase was well-researched and planned by Charl and Cozmore. By God’s grace and provision, they overcame several legal obstacles to find and purchase a Toyota Harrier, the exact model that would best suit their mission needs.

Since certain import vehicles aren’t allowed to be driven on South African roads, to purchase this Toyota, you need to have it loaded on and taken by carrier truck outside South Africa, where you can pick it up.

Purchasing a quality vehicle in Zimbabwe is almost impossible because the Zimbabwean economy is in such shambles.

That’s when they faced another hurdle.

There were riots in two cities on the truck’s route. Each vehicle buyer with a vehicle on the carrier transporting Cozmore’s Toyota had to pony up an extra $80 for private security to accompany the truck.

“When Cozmore collected our vehicle in Zimbabwe he was charged [by the Zimbabwean government] more than 100 percent import taxes—on the 20-year-old car. Plus, [during transit] all the petrol had been drained from the tank. Oh yes. And the battery was stolen,” Charl reported.

When Cozmore went to register the car at his local state office in Zimbabwe, the officials wanted to tax him because the vehicle was in pristine condition.

Then, as Cozmore and Charl breathed a sigh of relief, thinking the project was complete, the police showed up at Cozmore’s home, “sniffing around to find out how a missionary [in Zimbabwe] could afford a car in such dire economic circumstances.”

This short recount of the Charl and Cozmore’s experience exposes the everyday consequences regular people face when living under systems that aren’t based on God’s principles.

Charl noted, “A very BIG thank you to ITMI, every church and friend who played a part in making this purchase a reality. We honestly can’t thank you enough!”

Ironically, the riots that created an extra expense for Charl and Cozmore, were in protest of this very problem: South Africans are tired of the corruption and its widespread, devastating results. Sadly, without someone to tell them, many aren’t turning to Biblical truth and trust in the Lord.

Recently in South Africa, while protesting raised university tuition, one student said, "There's nothing more violent than poverty and we come from poverty-stricken homes and that is why we are fighting for free education.” (emphasis ours).

Another said, "If you want people to have a shot at changing the social-economic reality that they've inherited, then you have to prioritise higher education."

While degrees and education can certainly be a channel the Lord uses to bless and provide, it isn’t the answer. Salvation doesn’t come from demanding handouts like free education. Salvation and change come from Jesus, and the news of His saving power that is truly, Good News.

It’s His change permeating hearts and lives that removes the need to pursue the lining of your own pocket at another’s expense.

It’s His change that lets people trust Him to provide for them enough to care for the vulnerable and needy in their midst.

It’s His change that brings peace between warring tribes whose battles have uprooted and impoverished countless masses.

It’s knowing that He can be good to His people - no matter what - that would allow those who oppress the poor in search of personal power and control to relinquish it.

Yet, as our partners seek to truly help the impoverished in South Africa, Zambia and Zimbabwe by offering them this same truth and Good News that would set them free while meeting physical needs in Jesus name, they are met with constant hassles and obstacles.

The desperate need for Biblical truth around them is why our partners are propelled to reach out, serve, sacrifice and risk their own comfort, safety and health.

Earlier this year, Tim said, “The risks are real, but the reward of serving where we are called is so much greater."

It is our prayer that the glaring chaos of life in a godless society would be a reminder to those of you who have made sacrifices in Jesus’ name that your heartfelt prayer, partnership and contributions are important.

Those sacrificial and generous donations that keep our partners in the field mean there are silos of clarity and light in the midst of chaos and darkness.

May we continue to rely on Jesus as the true answer to the issues faced by our societies and countries, and may we all sacrificially offer what we have in His name to make Him known among the nations.

"The bottom countries are Somalia, South Sudan and Syria with scores of 9, 12 and 13, respectively." These scores are out of a possible 100. ... See MoreSee Less