He wore a beige polo shirt with a blue collar. His sandaled feet extended below the cuffs of grey pants. The vehicle was parked in the dirt outside the building where Lazarus’ church, Revival and Fire Ministry, meets on Sundays, in preparation for the outreach.

The areas Lazarus and his team had identified for the outreaches were located across their city of Juba, South Sudan, which is also the capital city of the young country. 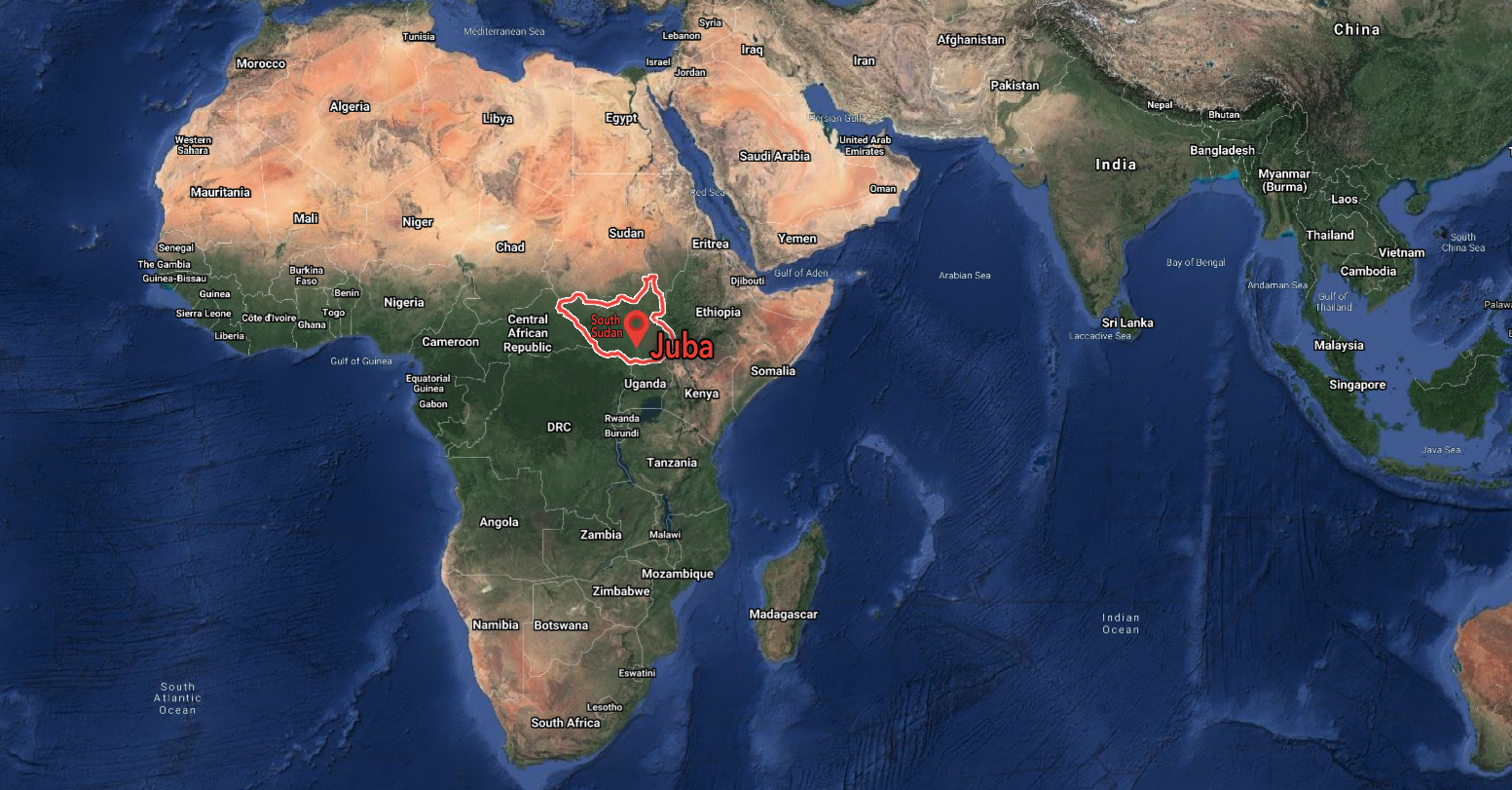 Lazarus was overjoyed to be allowed an opportunity to share the Gospel with hurting families in Juba through Project Joseph.

These are some of their stories.

Norah, an Orphan Who Serves as Sunday School Teacher

Norah is an orphan who lives with a foster family who haven’t been able to work because of the pandemic. She attends Seek and Save Community Church and leads a Sunday school class in Lemon Gabba.

She was excited to use the story of receiving Project Joseph provisions to share with others, “that God is doing great things in her life and when you are always close to God and the church, whatever situation will be easy to deal with in Jesus’ name.”

Man Who Self-identified as “Stubborn” Receives the Lord! 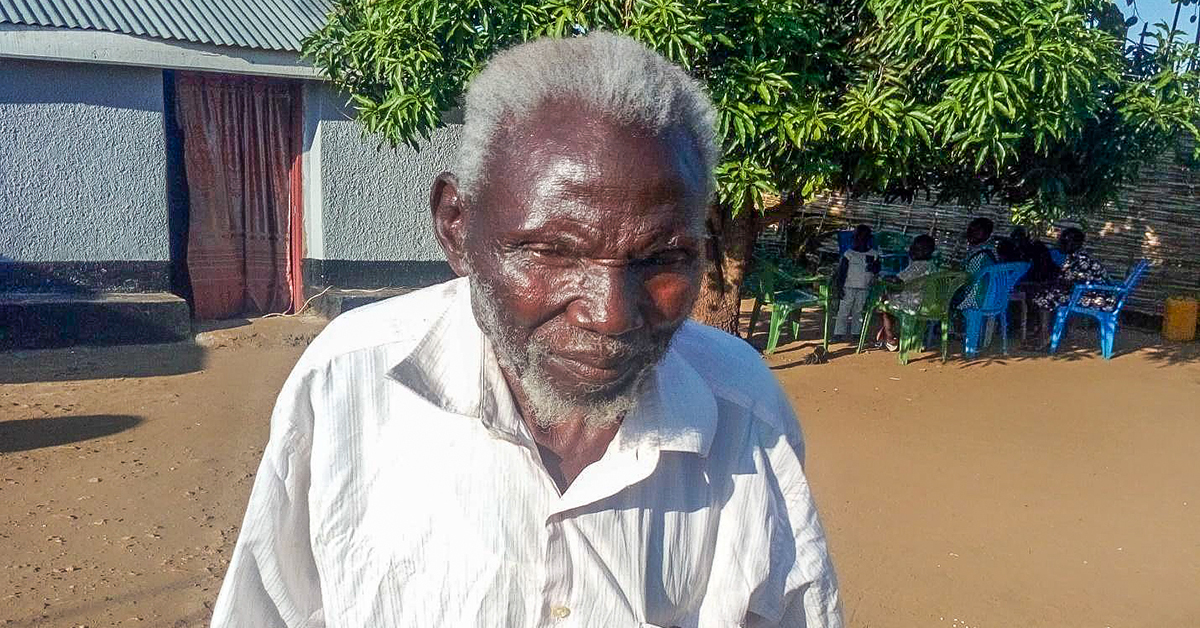 This vulnerable, elderly man shared his lifestyle with Lazarus’ volunteers, and couldn’t believe that the church would reach “people like him.” He told them since childhood he was a stubborn person. Someone from Seek and Save Church visited him and now he welcomes the church and is willing to listen to their message.

During the Project Joseph outreach, Lazarus shared with him the Word of God and he received Jesus his Lord and personal Savior!

Finally God has Answered My Prayers!

“I have been praying for this for a long time, but today, finally, God has heard my prayers. The four past days I was sick, sleeping in my bed, thinking how to have food for the family but today the Lord has a woke me up to welcome the church, now I’m feeling somehow better when Lazarus and the church members prayed for me. I thank God for the provision and love upon me.”

“Many pastors avoid coming to preach the Word of God in the barracks because they fear they may be arrested.”

The second location for the Project Joseph outreach was a place called Bilpam, where soldiers and their families live.

Originally, Lazarus set up his outreach under a tree near the barracks. Using a bright green plastic side table as a stool with the tree supporting his back, Lazarus engaged them in a fellowship program, prayed and shared from John 1:1-5.

When heavy rain began, the group crowded under a small handmade awning held up by several skinny posts, called a tokul. Overhead, tarps and canvases were held up by smaller poles that crisscrossed, forming small squares.

The group was pinched into the center of the covered area so that it was too crowded to sit, but many of them surrendered their lives to Christ despite the disruption of the rain!

Several of them wanted to share their testimonies and stories with Lazarus.

Moses, the Forcefully Recruited Soldier Who Prayed for Protection 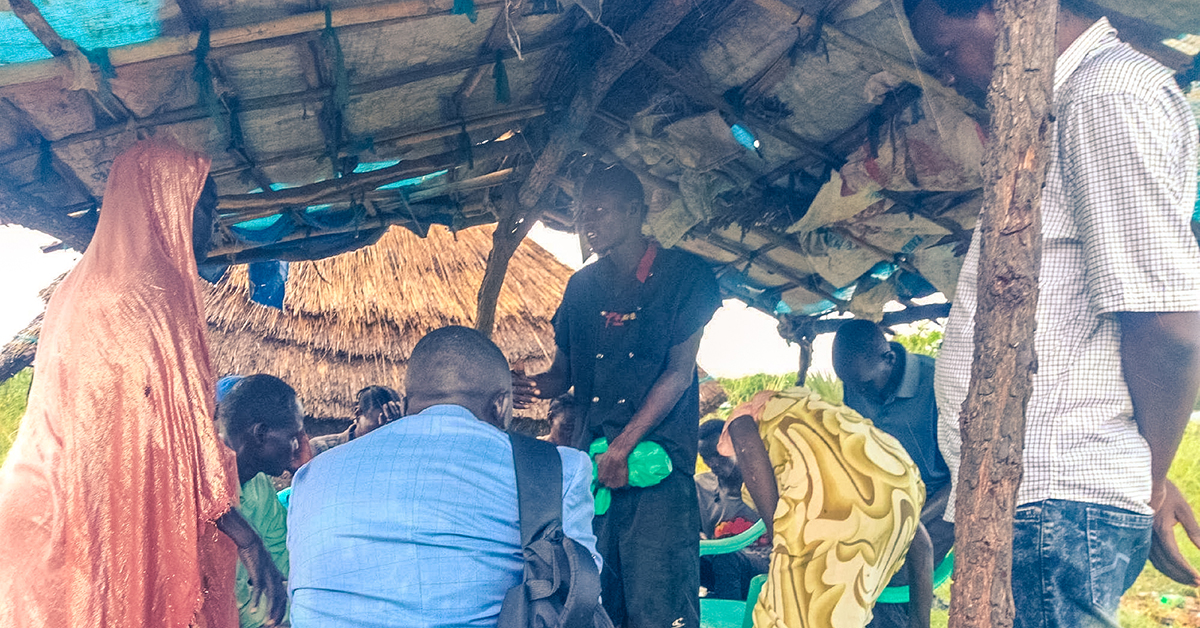 Moses William and some of his friends from his village were forcefully recruited in the army and taken to the frontline to fight in 2013.

Moses stood under the cover of the tokul and shared with the group that most of his friends lost their lives while he survived because he prayed every night. (Normally the enemies attack at night).

When Rebecca Yadi lost her loving husband, life became difficult. He passed away, leaving her with 10 children to care for. She and her children were dumped in the army barracks. She was very excited to welcome the church to the barracks.

She stood and told the group that it was hard to imagine how God could really bring His Word to his children in the barracks.

“We are all so hungry for God’s Word,” she said.

But many pastors avoid coming to preach the Word of God in the barracks because they fear they may be arrested.

Rebecca wasn’t the only one to express regret that there is no church in the barracks and that no group of God’s people come to even pray with those who live here.

Later, Rebecca shared with Lazarus that another man had taken her daughter illegally to be his wife. Rebecca is grieved that she still doesn’t know where her daughter is.

Lazarus counselled Rebecca to be faithful to the Lord, pray for her daughter and believe in God’s ability to bring about His good plan in all circumstances.

Before Lazarus left, Rebecca was  “happy to be in light with Christ and surrender her life to God.”

William’s wife recently gave birth to a baby boy. He told Lazarus that he will explain to his family how God helped him with this food parcel. He was filled with a burning desire for his family to have good things. He asked Lazarus to keep praying for his baby son.

Lazarus shared with William how he himself could talk to God about his family, and William gave his life to God and set his mind to lead his family in spiritual growth. 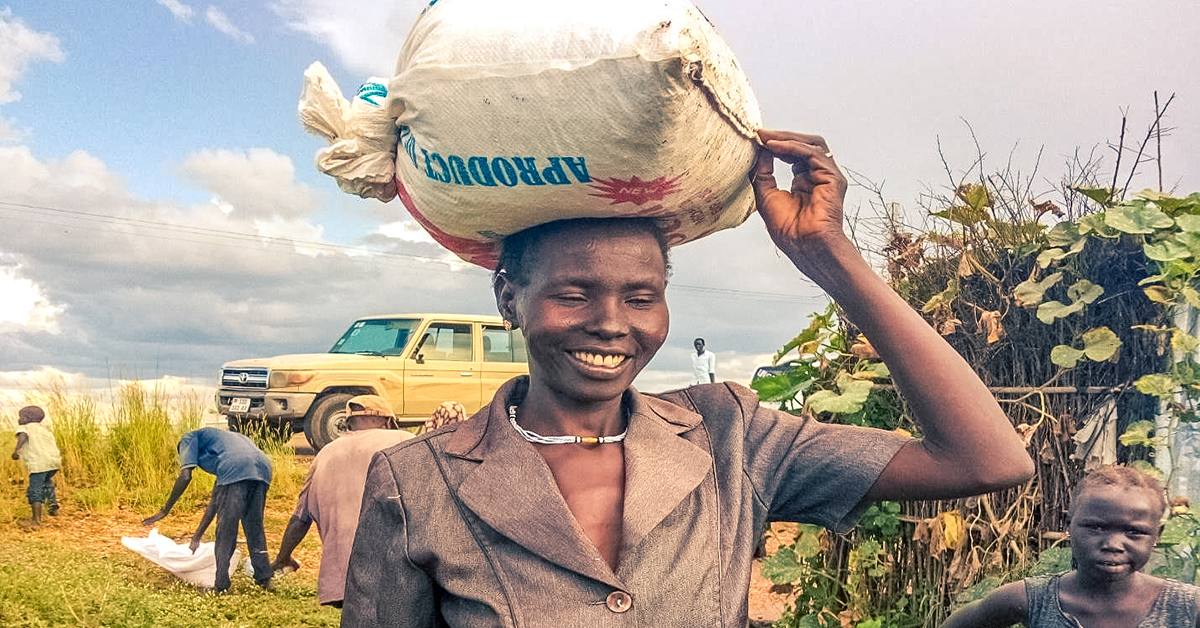 The day before Lazarus visited the army barracks for the Project Joseph outreach, Elizabeth and her brother-in-law had a quarrel. She was still worked up and stressed about it the following day when Lazarus arrived.

During his visit, Lazarus counseled her about this burning issue in her heart, and she was able to calm down. She understood that the quarrel found its roots in her own sin and knew she needed to beg forgiveness from both God and her brother-in-law.

She was deeply grateful for Lazarus’ visit that brought the freeing Word of God into her life!

Praise the Lord for these lives changed through Project Joseph outreaches!

When you join our Project Joseph team, these are the outreaches you are making possible! Thank you for supporting our partners and enabling them to share the Gospel with the hurting in a powerful way.