Translation of the Seven Areas of Life Training (SALT) 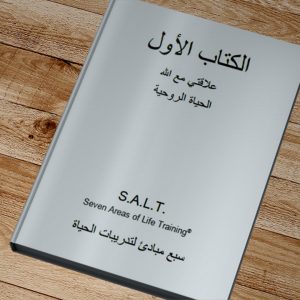 Victorious Christian Living has so wonderfully compiled and provided the Seven Areas of Life Training for ITMI and anyone that wants to understand why the flesh and the world fails and God’s way always succeeds.

We've seen the transforming effect of God’s truth as laid out in the SALT material all over the world.

Now ITMI has a contact that wants to use this material to reach the Arabic-speaking world. 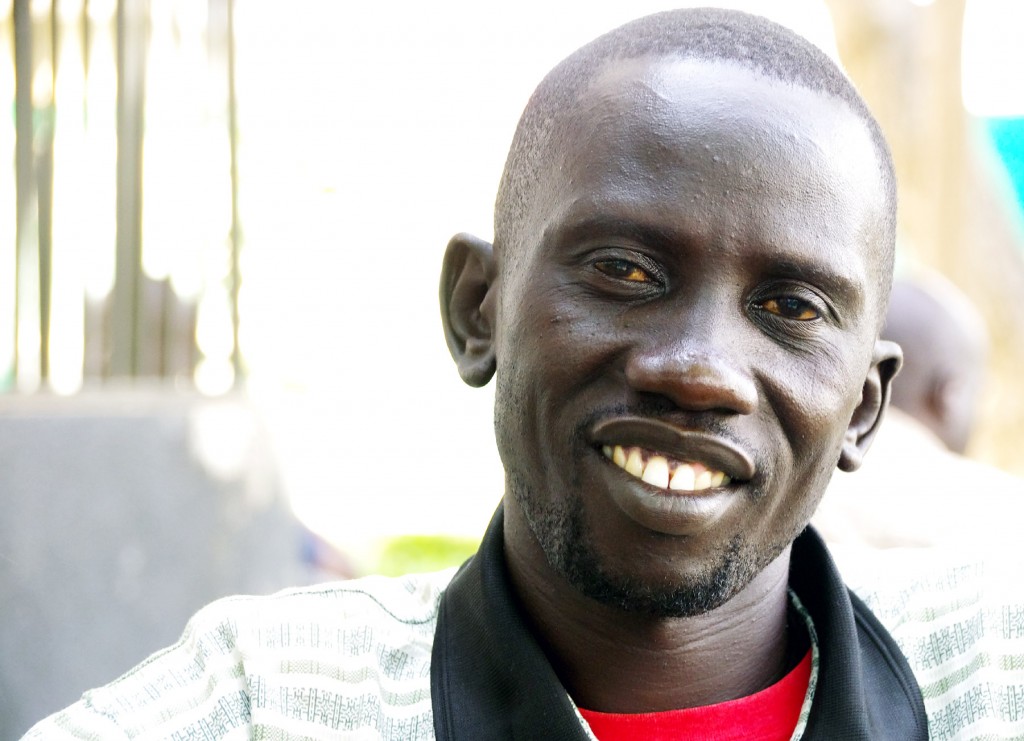 While in Juba, the once Islamic controlled capital of South Sudan,to meet with our partners, Jahim Buli and Vicky Waraka, ITMI Director Steve Evers re-connected with Lazarus Yezinai. Lazarus is a godly young South Sudanese that sees the hurt and pain of his anger-and-revenge-built culture and how it keeps people from knowing and loving God.

“Steve, I want permission to translate the SALT material into…. Arabic,” Lazarus asked during their meeting.

Lazarus responded, “Oh yes, Classical Arabic,” he continued, “and when it is translated, we have people in Khartoum and Egypt.” 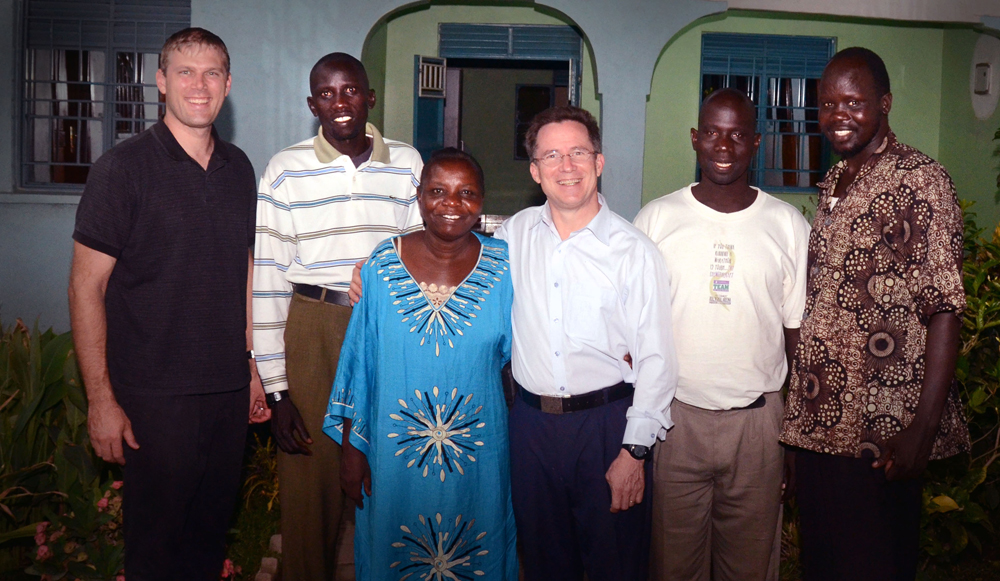 Ever since Lazarus has standardized on using SALT for his key hope-giving, life-changing good news discipleship material, God’s truth as shared in the SALT material has been giving hope and reconciliation to hopeless and severely broken South Sudanese.

Lazarus even wants to start a SALT school where South Sudanese can study of God’s truth in depth and learn why the centuries-old African cultural norms haven't lead to real peace and joy.

The SALT discipleship material from Victorious Christian Living is for anyone that wants to understand why our fleshly ways and the ways of the world fail. It is so impactful around the world because it insightfully applies Biblical truth to the human condition.

Jahim, Vicky, Lazarus, Paul in India, and many others have seen the transforming effect of God’s truth as laid out in the SALT material. 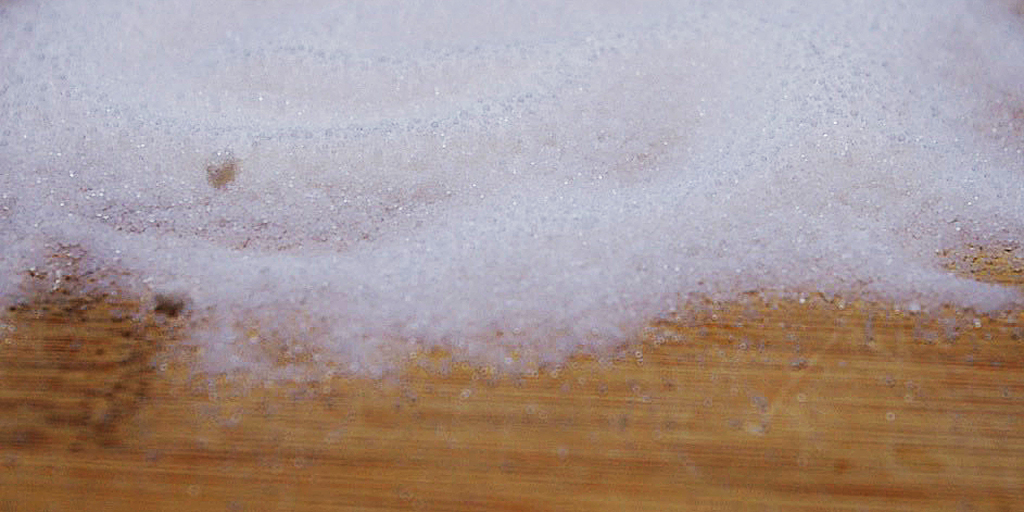 Steve Evers first began using the SALT material on his trips to Africa. He was impressed with the way it helped him strike up conversations that led to the sharing of the Gospel. He was excited by the way that it kept people interested in the Gospel by first making them see that they needed  it.

Fast forward quite a few years, and ITMI has used it to help many of our partners train pastors from all over the countries where they work.

An ITMI team including Steve and Paul trained around 700 Indian pastors using the SALT material in late 2011. The response was overwhelming. Pastors were calling daily, requesting more information, more material and more training. 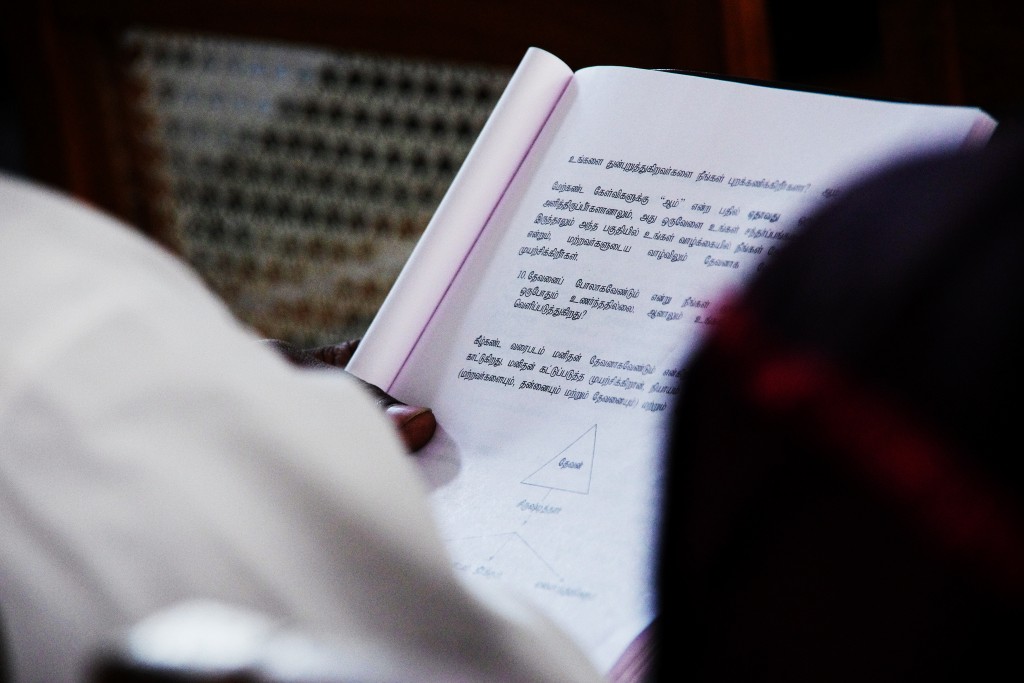 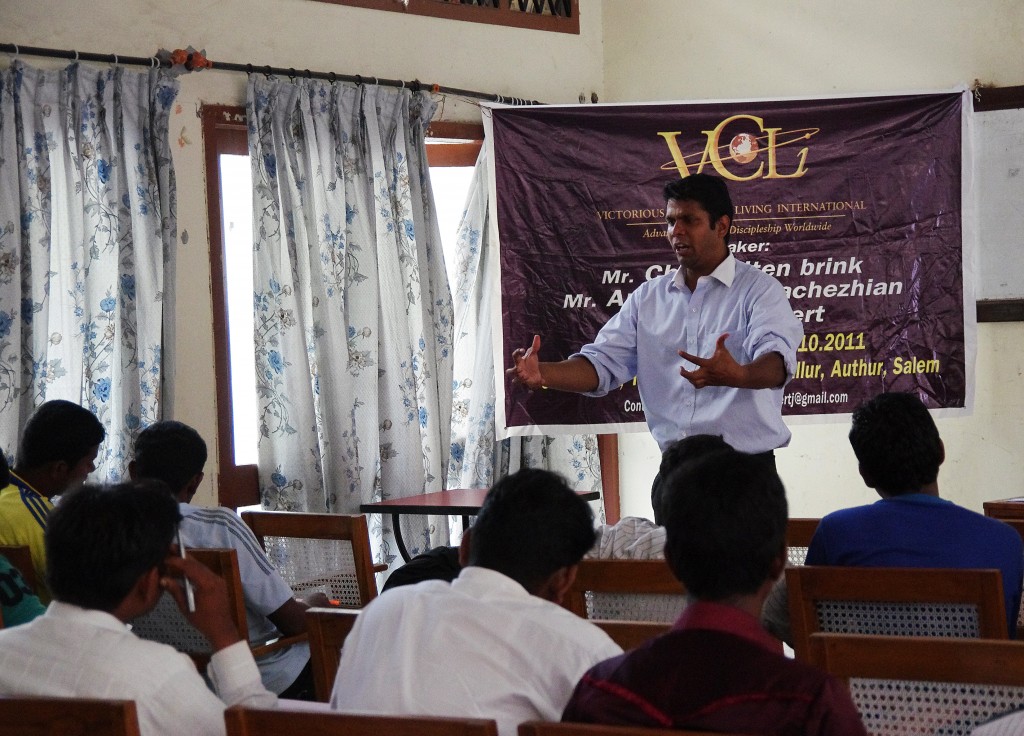 A few months later, Steve and then ITMI Board Member, Bob Fulkerson used the SALT material to train Christian leaders in Mundri, South Sudan. The training was so impactful that it inspired several of those in attendance, including ITMI partner, Vicky Waraka, to plant a church. They planted a church that embraced the Biblical principles of servant leadership, something that is remarkably rare in Africa! 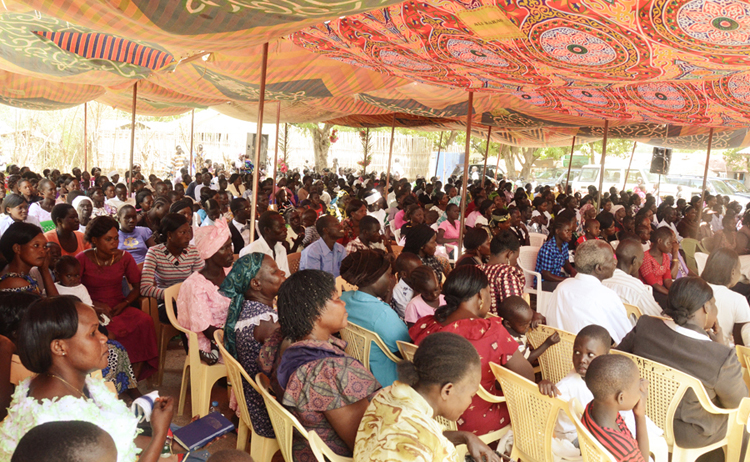 What the church plant grew to by the following year when Steve visited South Sudan.

That same visit, Steve and Timothy Keller trained Jahim Buli, who is now an ITMI partner, to deliver SALT trainings for leaders in his country. Jahim has done many trainings on military bases and cities around South Sudan. He's gotten incredible feedback from those in attendance. 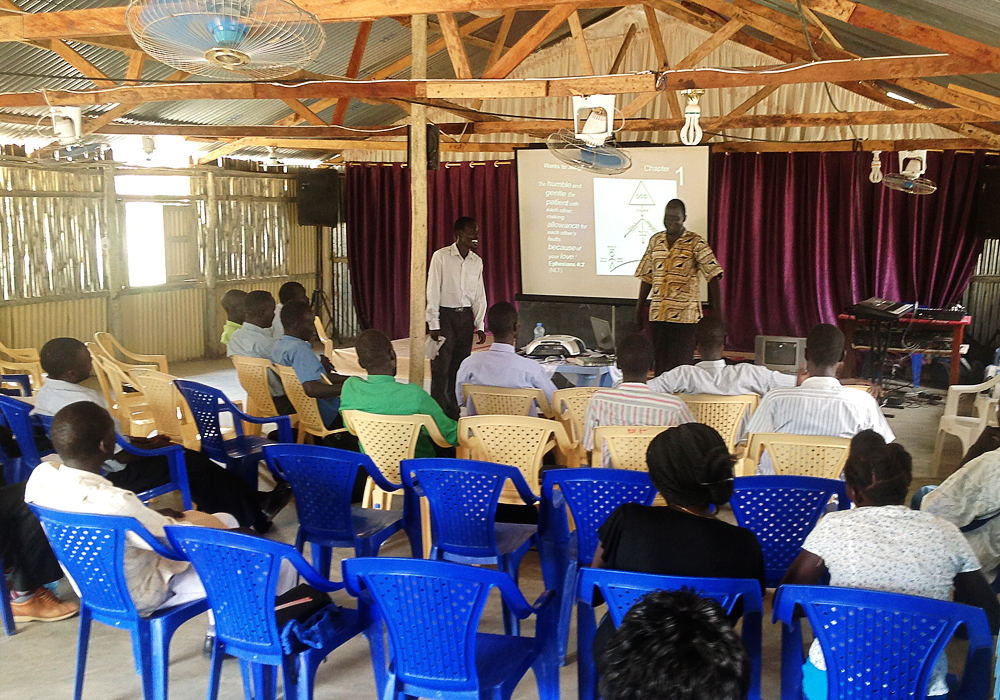 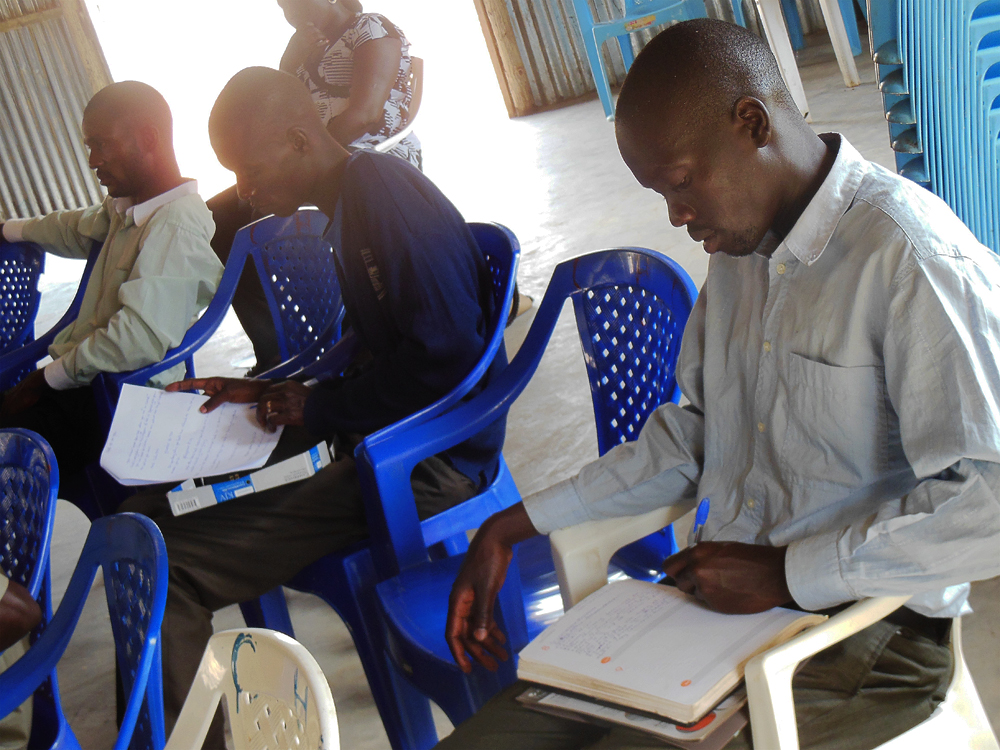 “Through this lesson I now know that I have been controlling and seeking praise from my church members. I have been [trying to put myself] in the place of God. Now I am asking God to forgive me from all that I have done and let Him lead me and the people He has entrusted to me.”

And there were many similar comments and statements made.

If you'd like to know more about the SALT material, Victorious Christian Living has made a video of the first SALT lesson available on their website. 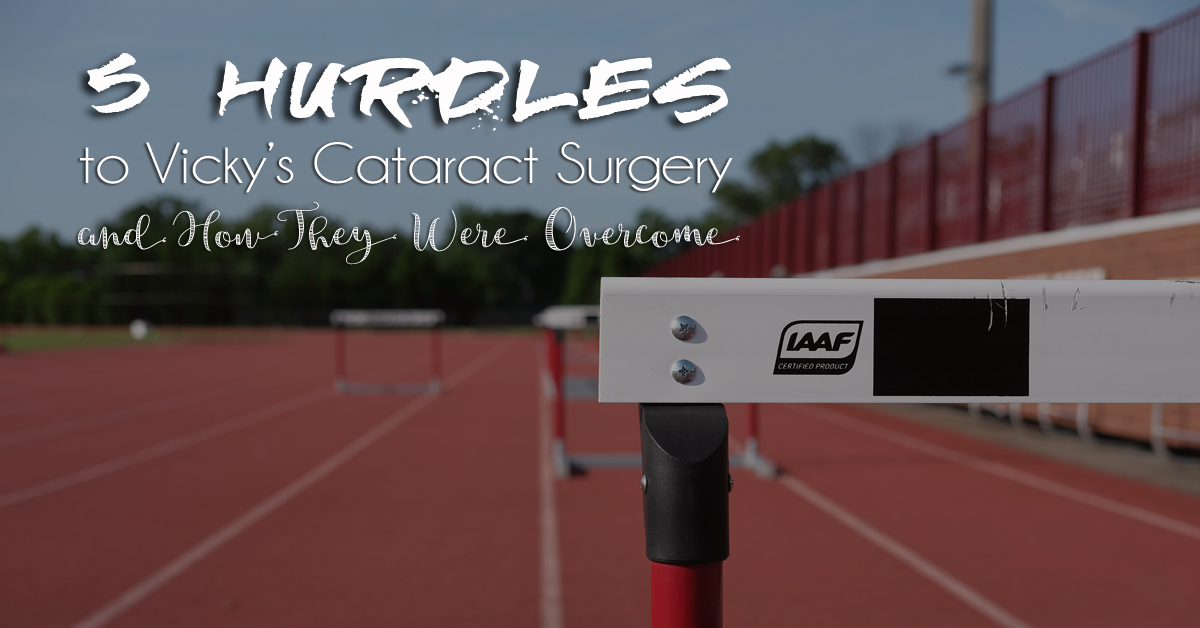 Most people would have panicked. It wasn’t good news…

Doing What Few Would Do in Search of Hope 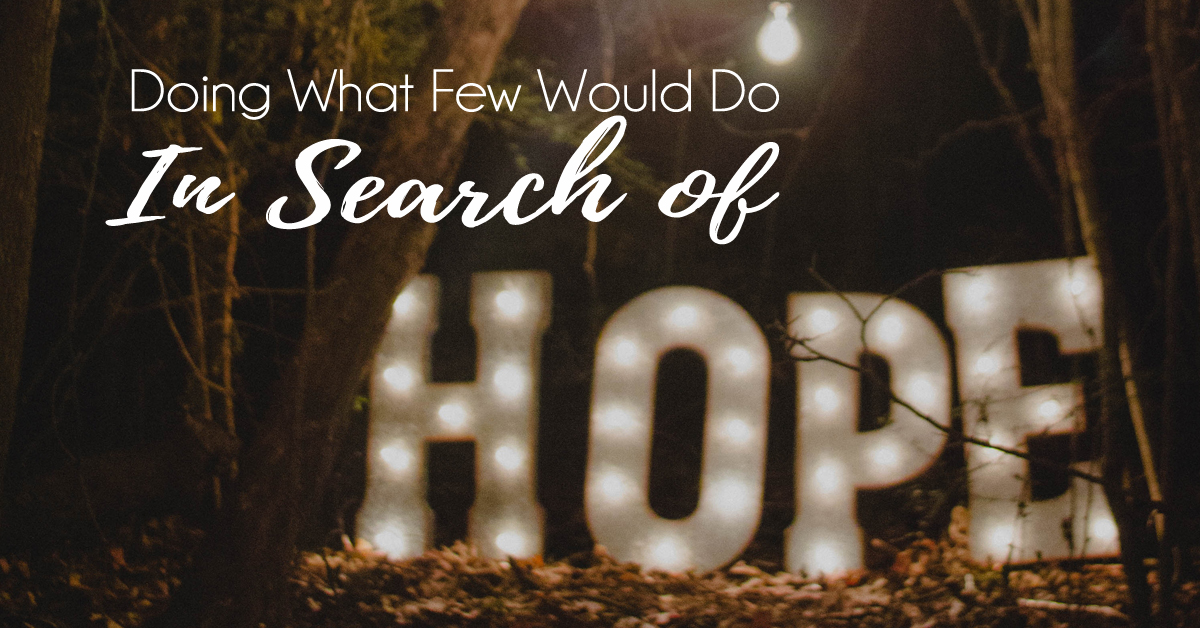 When ITMI’s Lazarus Yezinai saw a half-naked 13-year-old boy wearing only a shirt, he didn’t think twice. The fact that the sight of this boy wasn’t a social spectacle or moment of shock and awe illustrates the extreme poverty and oppression the people of  South Sudan are facing. Lazarus quickly…

One South Sudanese Man’s Letter: “Everything Has Changed in My Life!” 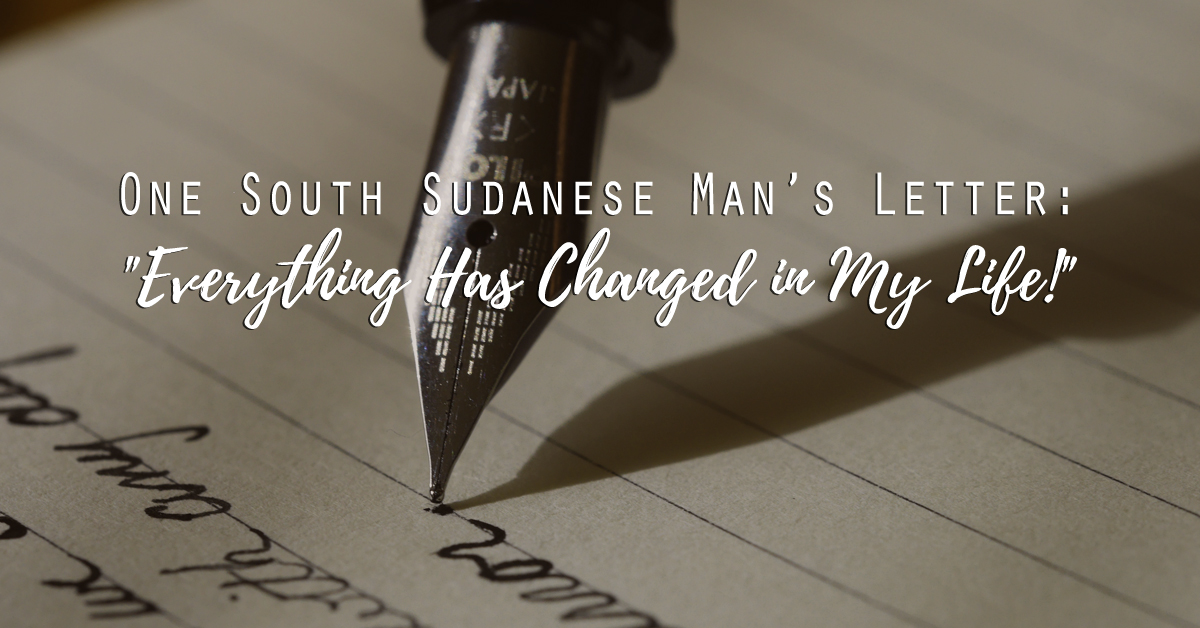 “After you spoke…everything has changed in my life,” wrote one South Sudanese man, a believer who had lived in a family feud with his sister for 8 years. Their angst toward one another had grown so bitter and strong that… 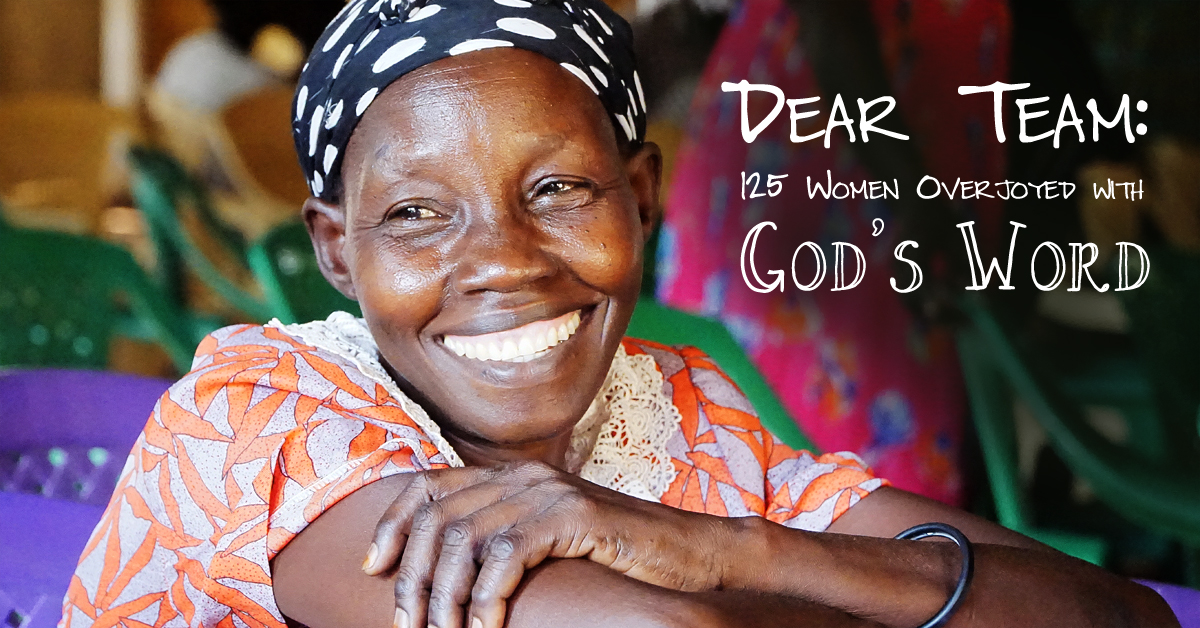 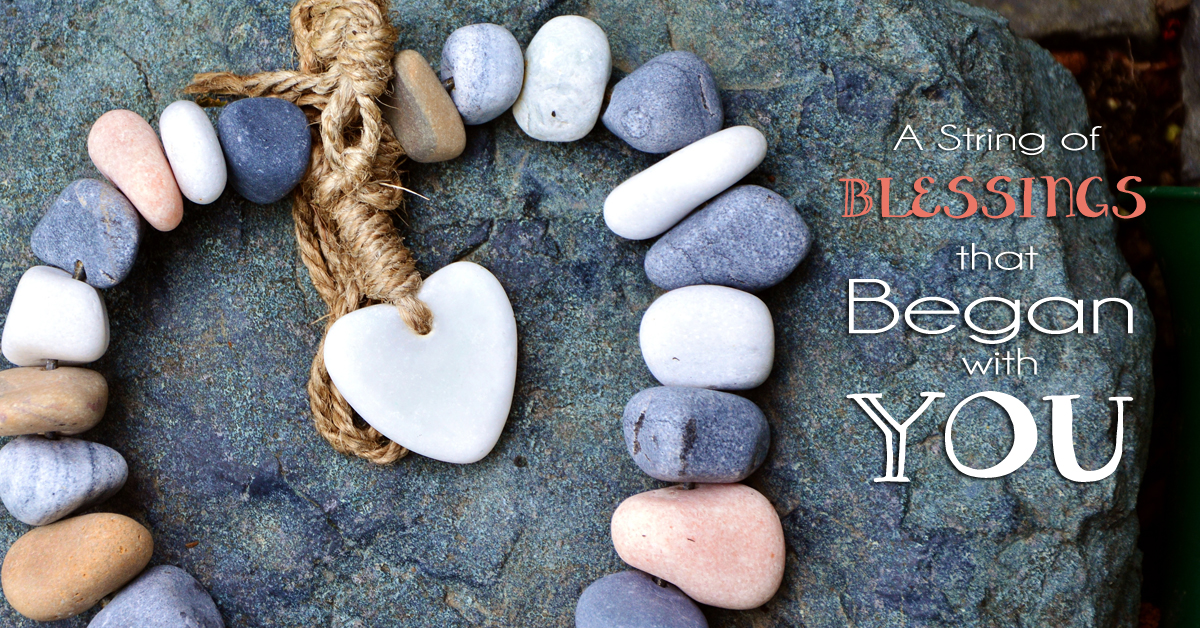 Jahim shares how a truth from God’s Word transformed his life and what happened when he began to pass along the wisdom he received.

“No One Has Ever Told Me My Money Belongs to God.” “No one has ever told me that the money I have belong to God and I am just a manager managing God’s money and have the privilege to enjoy His money. I have never tithed in my life and I spend what I have in foolishly. I am going to starts a new life from what I have learned today.”

Why He Turned Down Financial Support (and why it rocks us) 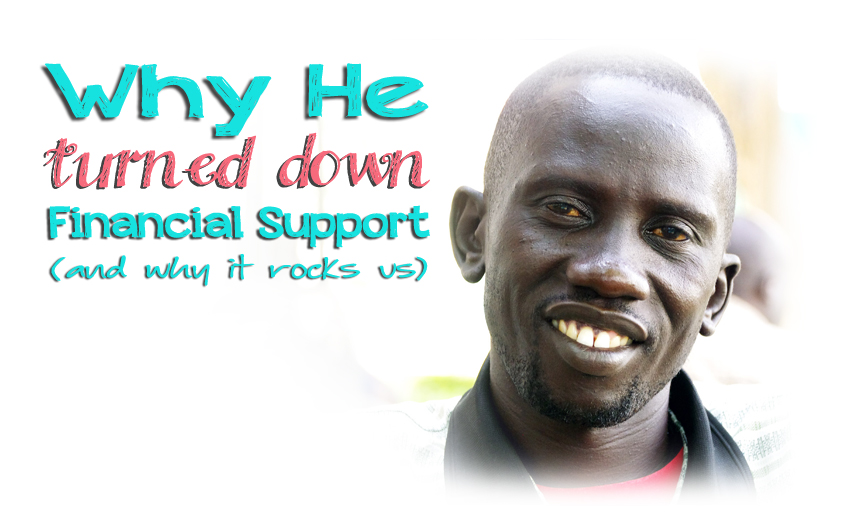 His response was so unexpected that ITMI’s Director, Steve Evers, re-stated the question. “Would you like to be an ITMI partner?”Most people jump at such an offer. But not Lazarus.

Dear Team: What I Wouldn’t Have Seen if I Didn’t Go to South Sudan 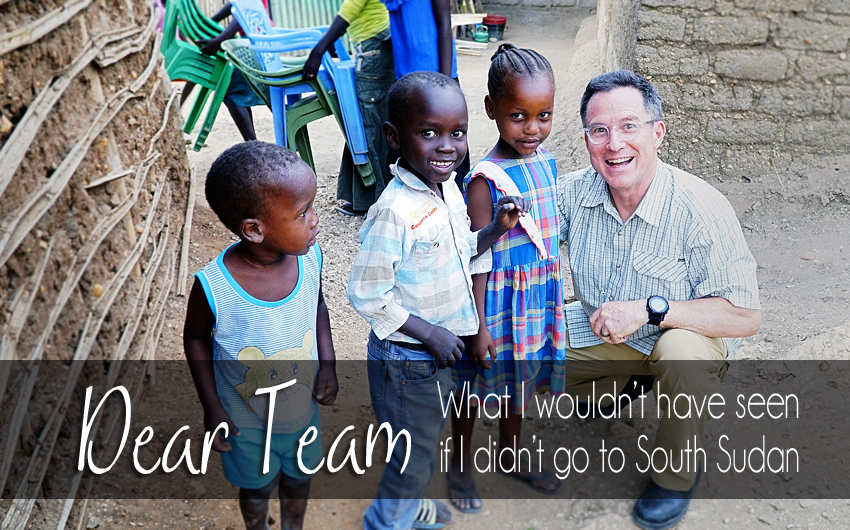 “Catch a flight out of South Sudan as soon as possible.” I was looking at a few-day-old communique from the US Government containing that warning for any Americans who might find themselves in South Sudan. There was even an offer to US citizens who “are unable to get a flight out, contact us and we will assist.” I was scheduled to be on a flight to South Sudan that very week.

A Letter from Steve in Uganda: How I Shocked My Fellow Taxi Riders 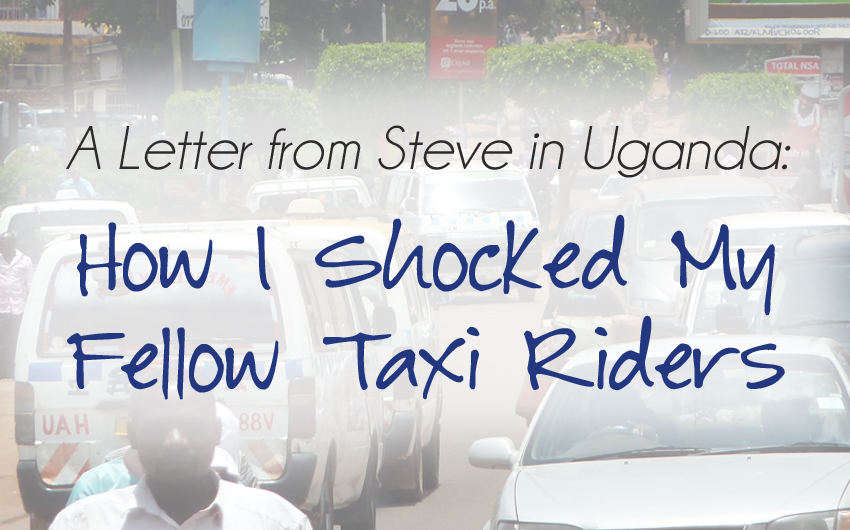 It seems like someone who had “seen absolutely everything” as a daily taxi conductor, absolutely didn’t know what to do. He had probably never seen this done before – especially from a “white” stranger. The other passengers watched the “white guy” anyway, but now they turned their eyes to my exchange with the conductor with intensity and interest.

3 Good Stories from the Field 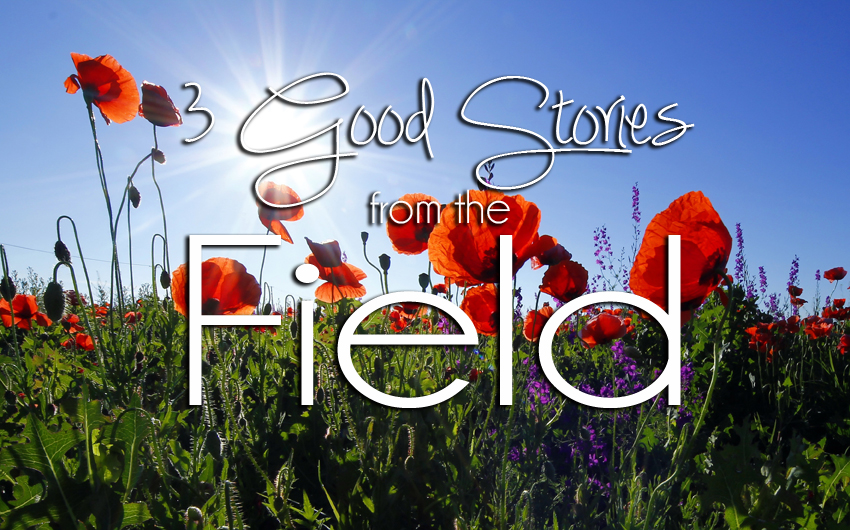 As 2016 begins, a theme in the stories I’m getting from the field of late is that God knows and sees everything…He is important, He is listening and He is ahead of us. As John Piper says, “God is always doing 10,000 things and usually we are aware of only 3-4 of them.”

What is the Seven Areas of Life Training (SALT) material, why is it so great, and why translate it into Arabic? 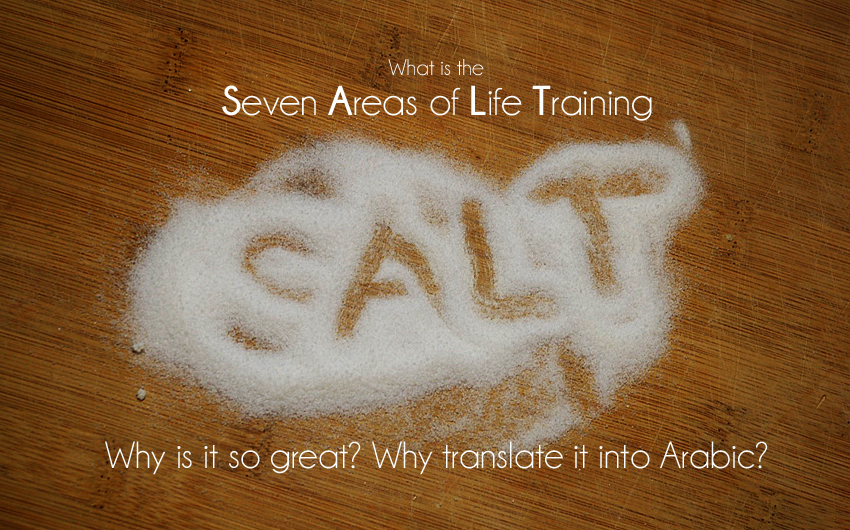 What is the Seven Areas of Life Training (SALT) material, why is it so great, and why translate it into Arabic? Find the answers here.

How A South Sudanese Restaurant Owner was Empowered to Give ITMI’s Jahim Buli shares the following with us as he continues to see God’s hand of leading and provision as the new church ministers in the stressed and overwhelmed country.

Why Do We Do What We Do? 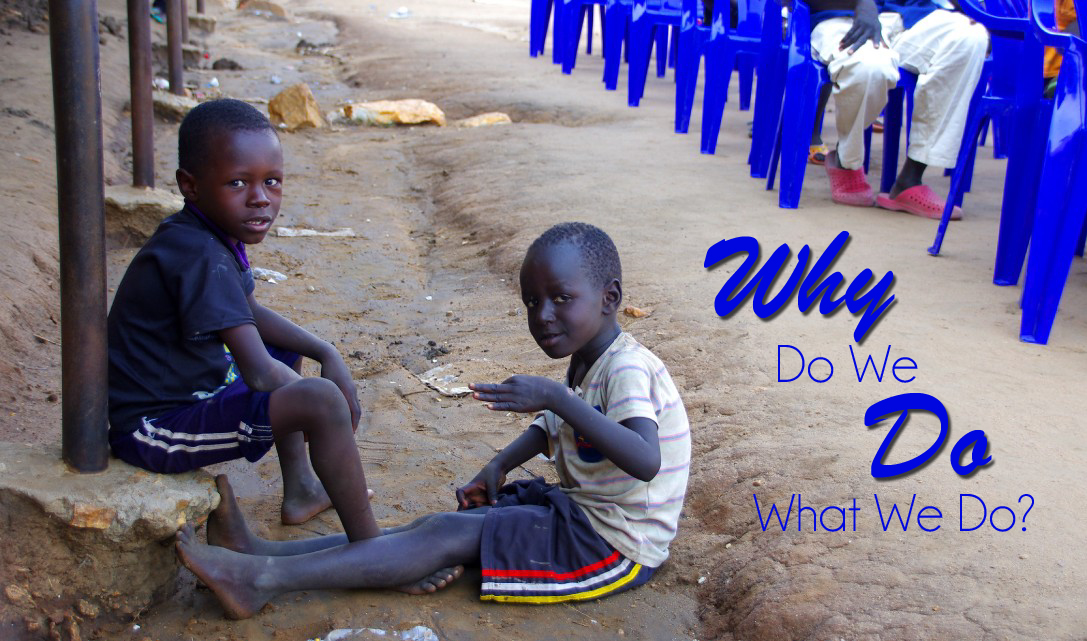 This article first appeared in the March 2015 edition of ITMI Monthly. Why do we feed the poor? They stink.  Why do we care for widows and orphans? They have diseases and miseries of every kind. Why do we go to dangerous and semi-closed countries to evangelize and disciple the persecuted? We could get a […]

The Injustice a Church in India is Facing 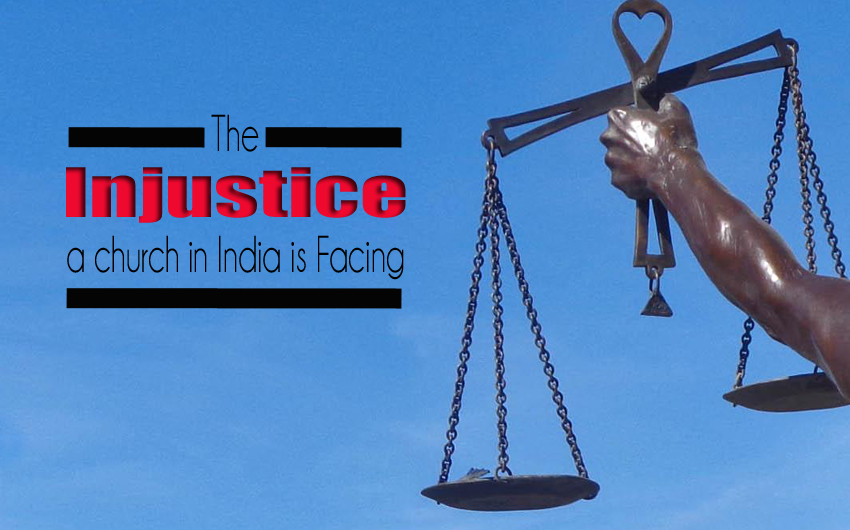 It was difficult to think clearly with the blaring of recorded Hindu prayers from the room-sized sound system situated amid the ornate white trimmings and sculptures of the three story lime green Hindu temple that is directly across the narrow lane from Paul’s home church. This sound system had but one mission, and that was to cause God’s people in Paul’s church to suffer as much as possible.