This article was originally published on 1st November 2013 edition of ITMI Monthly. 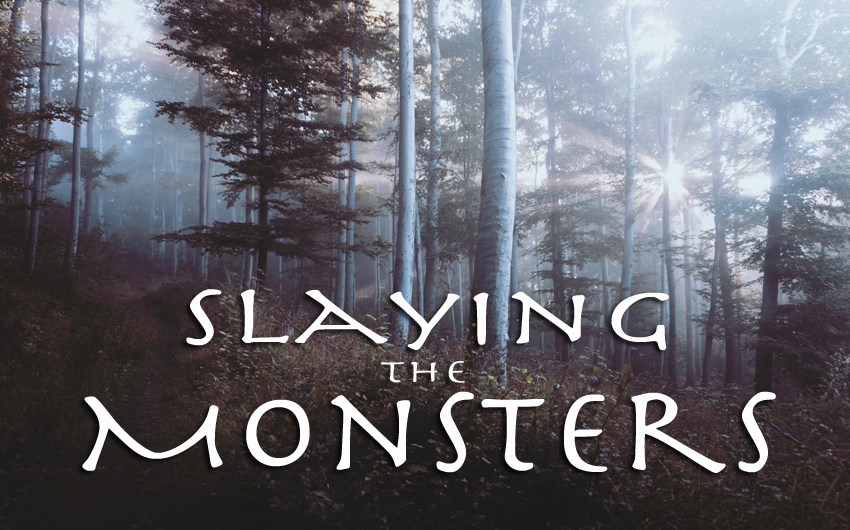 “For the Lord has driven out before you great and strong nations; but as for you, no one has been able to stand against you to this day.” – Joshua 23:9

“...challenges take on the proportions… of the monsters as depicted in the mythical Greek literature…”

Spring had finally arrived to the southern hemisphere and more specifically to the Northern Cape of South Africa. There were signs of growth and new life everywhere. God’s yearly quilt of unlimited color blankets the otherwise barren sheep-land which borders the 185+ kilometer dirt road “shortcut” that leads to the Orange River and the outpost called, Onseepkans, South Africa.

This is where ITMI’s Gerhard and Elmane le Roux and family are fighting the monsters that come from an almost forgotten and godless society.

ITMI’s Steve Evers and Richard Nungesser, in late August, along with three of ITMI’s friends from the Moreson Mission in Malmesbury, South Africa, set out from the Southern Cape with a bakkie (small pickup) loaned to them by a local farmer, loaded with luggage and supplies that can’t be acquired in this far remote location of Onseepkans.

They were the reinforcements in this constant war that the le Rouxs wage against the monster(s) that grip the Northern Cape.

Everyone experiences challenges in their daily lives and ministries. Some larger than others. Some smaller. Then there are those that, for whatever reason, are put into really difficult situations of humanly overcoming proportions.

These challenges take on the proportions and intensity of the monsters as depicted in the mythical Greek literature and many of the children’s stories that have been read over and over. These monsters are always present, always weighing heavily on all daily decisions and are most times just too consuming for the normal person to conquer.

Even though Onseepkans has many monsters that hold this region in its grip, there is a very normal and unassuming family that is gradually winning the war against these monsters.

The monsters or maybe challenges of Onseepkans don’t stop at looking like those portrayed in literature, these are real and alive and affect all who live and seek to eke out an existence or minister in this area. 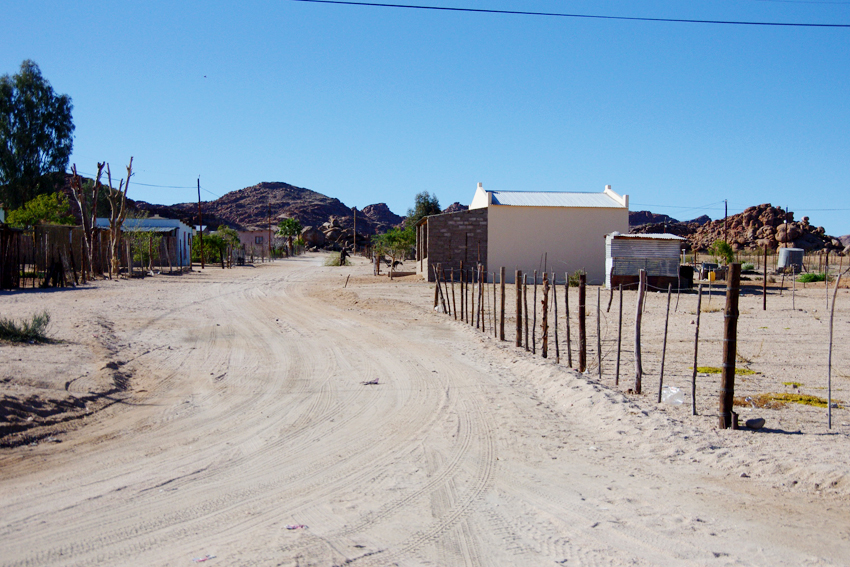 One of these monsters pops its head up and looks a lot like persecution and opposition from local political party leaders who seem to be fearful of Gerhard and Elmane’s desire to put God’s fingerprints on all aspects of this society by building relational bridges and showing themselves worthy of the communities' trust.

Gerhard seeks to be at peace with all men. Those that know Gerhard know that’s his heart’s desire, but some of those in power seem to feel that possibly their self-motivated political kingdoms could be affected by this outsider, and they are pushing back in public ways, hoping to undermine the le Rouxs effectiveness.

Another monster is the monster of long standing racial tension that seeks to divide and separate the three main people groups in South Africa. This deep mistrust for anyone that is not your “color” is continually perpetuated by those that seek to destabilize and divide these people.

Mistrust among these people groups is a garment that is many times unknowingly put on each morning and not removed even in the evenings. Earning the right to share God’s truth and love is a constant requirement for anyone that seeks to minister effectively when racial tension is hanging around.

On Saturdays the main dirt road that happens to be just in front of Gerhard’s compound is full of noise, from the chattering of locals to the clanging of glass bottles. This quantity of activity is geared around one goal in mind – the weekly trip down the road to the small vender who sells the liquid spirits – alcohol.

On a usually quiet road during the week, the number of hopeless bodies that trudge down this road on Saturdays is astounding. Many of the participants have already begun their addicted ritual of consuming alcohol to blur the lines and pains of life, before they even get to the proprietor who profits off of their suffering and hopelessness.

Gerhard knows that this monster of addiction has gripped far too many of the Onseepkans families and homes.

The greatest monster in the Northern Cape is the monster of inoculation. You will remember last year that Steve and ITMI’s Mark Burritt helped Gerhard inoculate two bushman’s herd of goats. That kind of inoculation is good.

The inoculation that leaves an eternal and horrific impact on these people is that from a religious denomination that has for years and years inoculated with its religious, legalistic rules combined with spiritual blindness.

When this inoculation has been administered, it leaves whole groups of people, whole communities inoculated to any vocabulary that sounds religious. Without the ability to use commonly used words that tell of God’s truth, His love, His grace and His much needed mercy, Gerhard and Elmane are left to living out these truths on a very public and never ending stage.

Thankfully Gerhard and Elmane and all eight of their children have brought these monsters of Onseepkans before the One that has already defeated all evil and ungodliness. Gerhard uses every opportunity to model God’s truth and God’s laws before, not only those in Onseepkans, but now his light is being carried to three other surrounding communities by word of mouth.

Gerhard’s commitment to using the normal things in life to model God’s orderliness is a modern day movie for a community starved for hope.

Hope in Onseepkans looks like a healthy and well taken care of goat herd. Hope also looks like a giant, well laid out and flourishing garden that communicates work ethic and reward of life giving food to those who will work.

Hope is communicated when Gerhard builds and refurbishes his home, his sheds, his goat pens and a small minority church building which displays to the community a contrast from the many run down and looted buildings that were once lived in during better times.

Hope also looks like Gerhard’s family of ten who have many times been on the verge of not having enough resources to care for themselves, but who make their home and front parlor the gathering place of a community that craves connection and affirmation. Gerhard shared with Steve, “…we have many guests, but we have no friends.”

In the midst of not having any like-minded believers, Gerhard and Elmane lavish hospitality on all who enter their property. There is always a cup of hot tea and some bread with butter or sweets for anyone that comes their way.

On Wednesday nights Gerhard has a small home Bible study group, made up in part of elderly ladies that once were only allowed inside by previous owners to clean and sweep, but now they are welcomed in and served as equals, fresh home-made goodies that communicate value, love and respect.

Gerhard and Elmane lavish hospitality on all who enter their property.

Gerhard and Elmane attack the monsters of Onseepkans by seeing everyone not as just persons, but as individuals, eternal souls that need freedom from the bondage of sin and its consequences.

Even though Gerhard is unable to provide a long list of ministry statistics that some people think show effectiveness, he is deeply impacting an inoculated society full of previously blind and hopeless people.

Onseepkans can now witness what a true family, full of love, joy and peace truly looks like. They can now observe God’s character being worked out on a daily basis.

They now have a church to attend that will tell them God’s truth and plan of redemption. They now have someone who cares enough about their condition and who wants them to experience the real God to the fullest. Gerhard and Elmane and family are modern day examples of the Thessalonian Christians who Paul commends for their “…work of faith and labor of love and steadfastness of hope….”

ITMI is grateful that we can partner with them in their passion and calling to give real hope to the many individuals who live in Onseepkans.

Andzia had never seen anything like what she was experiencing. She stood in the balcony of the large concert hall, tears spilling down her cheeks. ed.gr/ck12e ... See MoreSee Less

“I Was Completely Lost, and at the Same Time, So Excited!”

Andzia had never seen anything like what she was experiencing. She stood in the balcony of the large concert hall, tears spilling down her cheeks.
View on Facebook
· Share