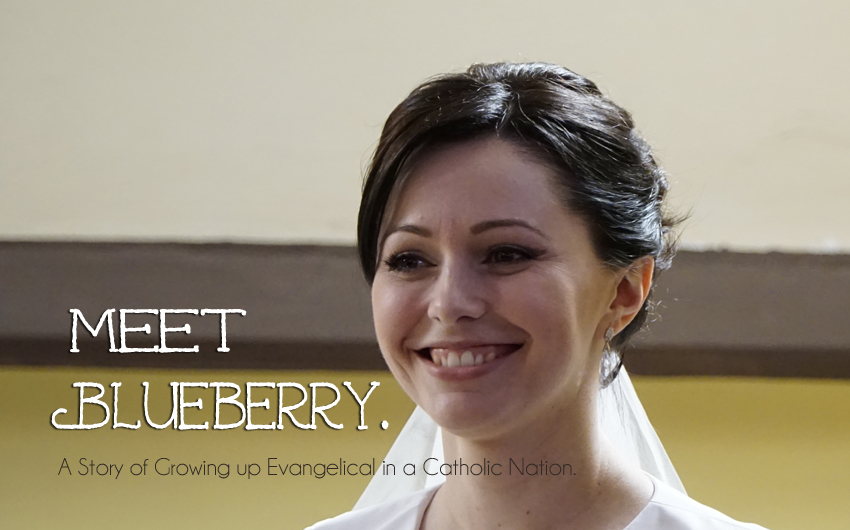 When ITMI's Daniel Machlowski moved to Poland in 2013, he may have thought he would marry a Polish girl at some point, but he probably wouldn't have guessed she would have grown up in an evangelical home.

Evangelicals make up just .4% of Poland's population, so the odds were pretty low.

Blueberry's story begins with God's care and protection. Even before she came into the world, she was an at-risk baby. God's had was at work from the beginning, protecting her and preserving her for Himself.

Blueberry's upbringing was especially unique. Her parents and one set of grandparents are part of Poland's evangelical minority. As part of that tiny minority, Blueberry always felt she didn't fit in. She felt different.

The average Pole hears lots about God and his rules and expectations, but little to nothing about His pursuit of a personal relationship with His people.

The results are devastating. God is removed as a place to look for hope, and people are left with nothing to hope in.

Disengagement and disillusionment have divided families and driven many to cope by turning to alcohol and substance abuse.

Blueberry's feelings of exclusion from her culture was an additional challenge to face.

She had an inner witness of the existence of God especially when she heard and looked at a thunderstorm. She knew God as one who is full of wrath. She did love Jesus but she lived in rebellion.

Because of different wounds, she turned to cigarettes, lying, disobedience and having suicidal thoughts. She only knew Jesus from stories but not as a personal savior.

Eventually, after hearing the gospel enough times, she did make a personal decision for Christ! She got baptized and started growing.

When she moved to Poznan she found a spiritual family here that allowed her to grow hugely in her relationship with Christ. After seeing God's people and growing in God's word she was finally healed and delivered from suicidal thoughts!

Blueberry finished tech school in business trade and has a Bachelors in Elementary Education and Pedagogical Therapy. In Poznan, she has worked as a nanny as well as at a supermarket as a cashier.

Blueberry has also invested in learning the English language by attending a special English school.

Daniel and Blueberry met about 2 years ago at one of Daniel's English classes. They were married in April 2016.

"I am so blessed to be her husband..." Daniel said. 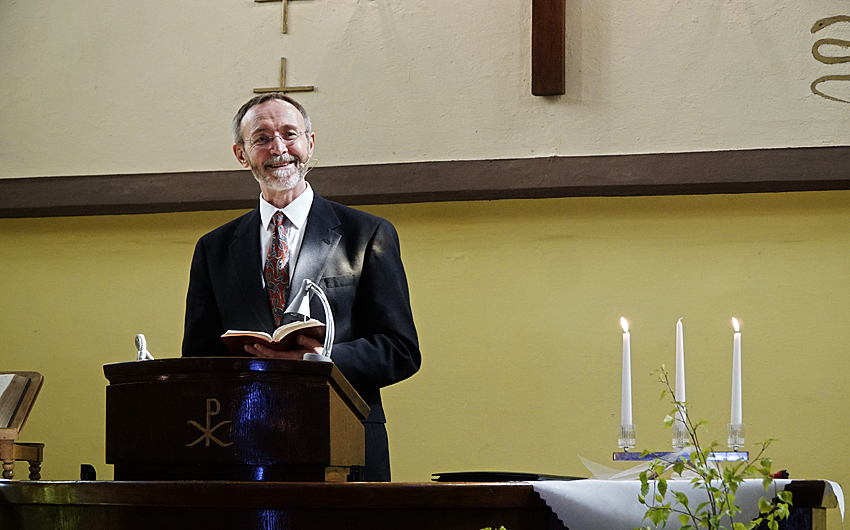 Sharing Jesus is Who He Is, Not Something He Does

If sharing Jesus wasn't part of who he is, Daniel would have "punched out" while on his honeymoon with Blueberry.

And no one would have thought less of him for it.

But it's not something he turns off. It's part of him.

While exercising in his hotel's gym in Cyprus, Daniel met Stavros. Daniel shared the Gospel and his testimony, and introduced him to local believers. They gave Daniel a Greek New Testament, which Daniel gave to Stavros and read with him.

Stavros was shocked that his city is in the Bible!

"Our dear brother in Christ from the church their named Paul served us hugely and we are very thankful for him. After we left Cyprus, Paul followed up with Steve and got to lead him to Christ (Just like the apostle Paul 2000 years ago – nothing has changed)!" 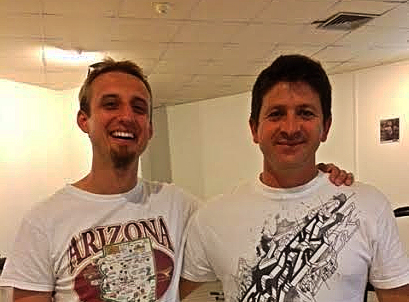 Daniel and Blueberry went to Bible studies, a gospel concert and street evangelism with Paul's church while they were in Cyprus.

Currently, Blueberry serves in different home groups and enjoys sharing Christ with others. She loves prayer and intercessory ministry. She has a huge heart and loves to serve people. Daniel and Blueberry serve together at the prayer ministry before the K5N service, as well as at the Junior High Sunday School class.

Blueberry in a gospel drama in Poznan's city center.

Daniel writes, "I praise the Lord that when she prays she does so out of gifting and when she serves with the Youth she uses all of her training she received at her school."

A graduate of Phoenix Seminary, Daniel serves as a pastor under ITMI's Piotr Zaremba for the K5N Church.

To say he's been blessed with the gift of evangelism is probably an understatement. He is remarkably skilled at seamlessly meeting people, winning their friendship and helping them open up about spiritual matters, which many times leads to him discipling them and leading them to faith.

If you'd like to be a part of the great things happening through Daniel in Poland, you can! Just click below.

Partner with Daniel and Blueberry today!

In addition to ministering in a Bangalore slum, ITMI's David Kumar travels outside the city to rural villages to equip pastors and believers to talk about Jesus with their friends and family. He returns to each location once a month for six months. ... See MoreSee Less