Paul slowly raised his head and ran his hands through his black hair.  His dark brown eyes moved to the clock on the wall in his office.

Though it was quite late, Paul was still slumped at his desk, studying for the week’s sermon. He should be at home. His head pounded, and he was experiencing some sort of stomach bug.

Paul started down the stairs, intending to soothe his parched throat at the water tap on the first floor, in the large room where his church gathered every Sunday morning - when they were allowed.

For over three months, the church had been prevented from meeting by concerns of the spread of COVID-19. Officials from the Indian government would come early Sunday morning and put a padlock on the door to make sure its mandates were observed.

Paul would prepare his sermon as usual, but would record himself preaching it from his office during the week.  Before Sunday, it would be posted on the internet, though only about half of his congregation could afford the luxury of access to the internet.

Before he reached the bottom of the stairs, Paul discovered he was not alone.

Paul took in the two shaking figures, hunched over with their palms pressed together in front of them. “These two make the beggars outside look good,” Paul thought to himself.

As Paul reached the foot of the stairs, one of the two men cried out in gratitude. Tears welled up in his dark eyes as they met Paul's and spilled down the gaunt cheeks below.

Gently, Paul greeted the two men, who regularly come for the training sessions Paul puts on for pastors in the area. Some travel more than a day to glean the highly valued wisdom and knowledge Paul prepares for them each month.

Those meetings, too, had been moved to the faltering internet of the third-world country because of public health concerns. 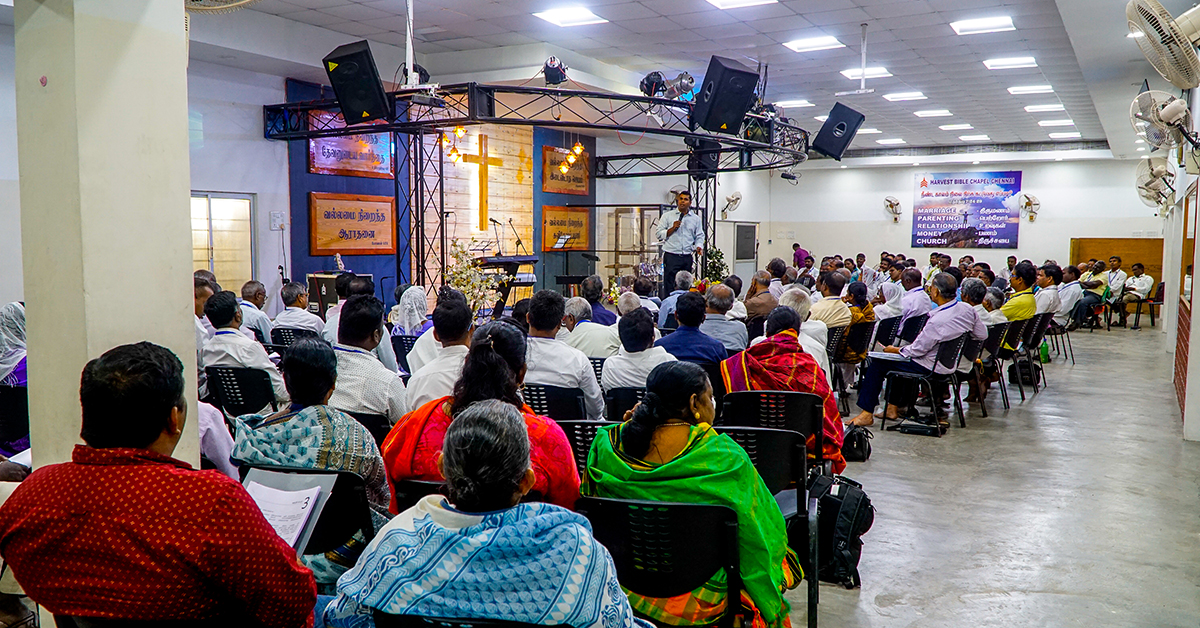 Some pastors and their wives spend their own meager resources to come to Paul's pastor's conferences. (2018)

Paul exhorts pastors and their wives who come regularly to be equipped for ministry. (2018) 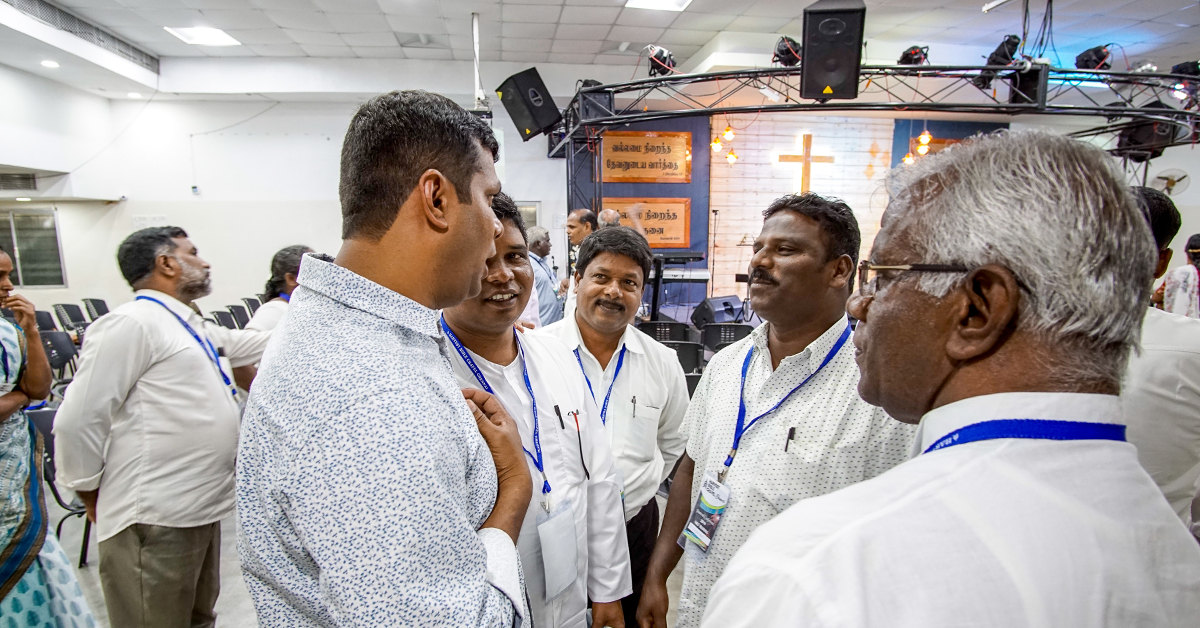 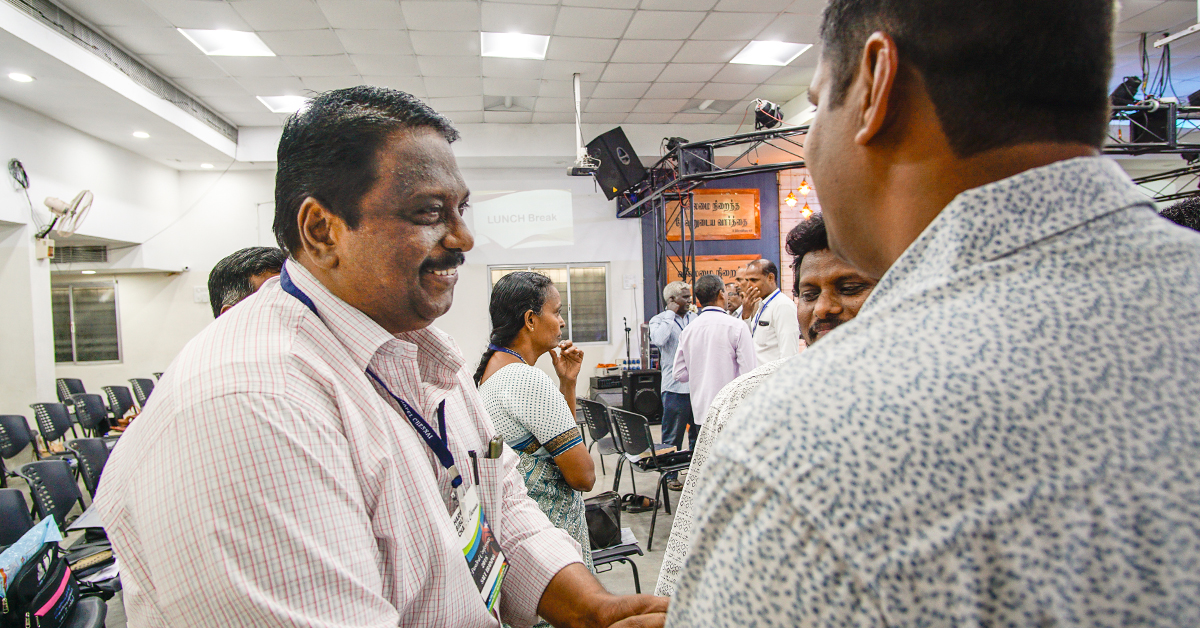 One pastor smiles, thankful for the community and training he received at one of Paul's pastor's conferences. (2018) 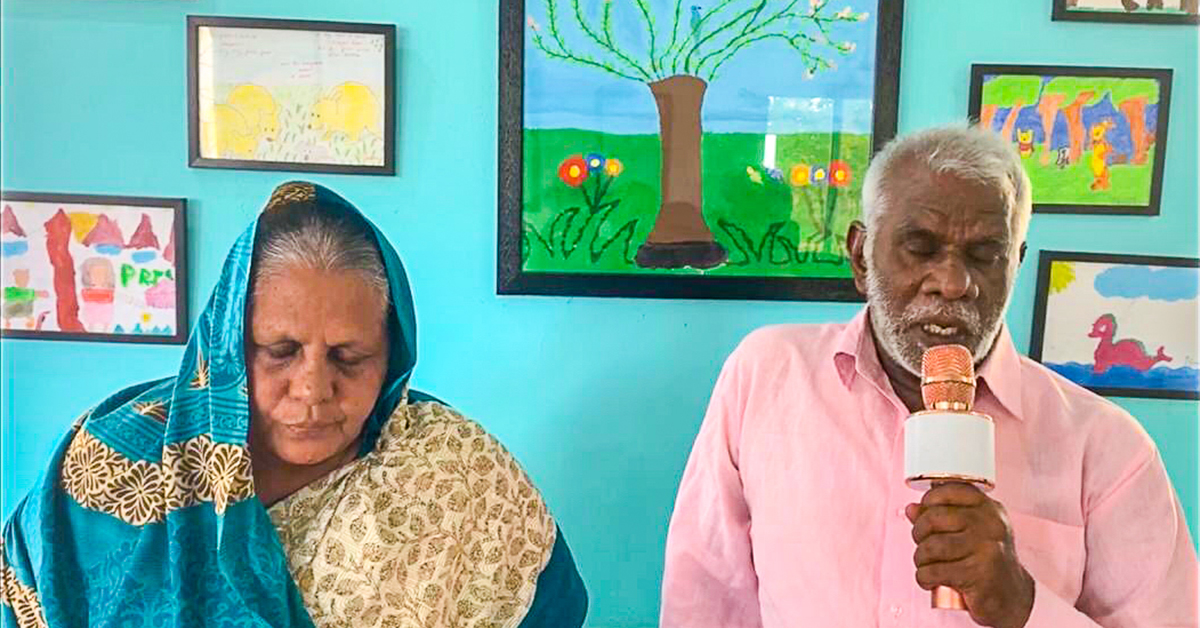 This year (2020) the conferences were moved online due to virus-related lockdowns. Paul's parents pray for and encourage the pastors via zoom during a 2020 meeting.

“You saved my life,” one of the men said, his watery eyes shining. Paul smiled broadly. He knew these men had completely dedicated themselves to the Lord and His service, even if their understanding of the Word and how to carry out ministry was rudimentary.

They ministered faithfully on nights and weekends. For most of them, it’s necessary to work a day job to provide for their families, but even so, it wouldn’t be unusual to find these men with their wives, praying the clock around for their congregants.

In recent weeks, Paul knew they’d even risked their safety to secretly try to visit the believers of their congregations, whose lives have been upended by the COVID-19 pandemic.

Precious few, if any of their congregants have been able to work during the government enforced lockdowns, and after several months, the situation continued to grow desperate daily. Many of the pastors feel overlooked and forgotten.

Paul and his wife, Molly, have tried to do what they can to help.

The large room where the church meets is set up with supply stations - 6 feet apart - where the pastors can come a couple at a time and collect a bundle of basic necessities.

With help from ITMI's Project Joseph initiative, Paul and Molly were able to provide over 200 parcels of food and basic necessities for the pastors and their families. The parcels go a long way to strengthen their marriages and keep them ministering.

Weeks before, when this particular pastor had come to pick up a food parcel, Paul had discovered that he had not been able to purchase the medication he needs to take regularly for diabetes and his leg was in bad shape as a result. Paul had immediately given him $20 to get his prescription.

That $20 saved this pastor’s life.

The three chatted for a few minutes, exchanging encouragement and updates.  After bidding the pastors an affectionate farewell, in the silence, Paul dragged his tired body back to his office.

Despite the late hour, he still had much that simply had to be done - a mountain of confounding tax documents and visa issues.

He was only going to be in the city to take care of ministry obligations for a few days before returning to the property in the rural village where his wife and 23 children were during the virus-related lockdowns. There was still much to accomplish before he could return.

There are so many more lives to save.

There are so many situations like this one - cases where even just a little goes a long way.

The desperation is so profound, that a gift of just a few American dollars can bring relief. But more than that, these gifts toward our Project Joseph initiative communicate, “You are not forgotten. The Lord sees you,” in a powerful way.

It doesn’t take much to stand with our hurting brothers and sisters, faithful servants of Jesus in places decimated by the pandemic.

And when we do, we are with the Lord as He tenderly cares for the vulnerable and hurting, and that's the best place to be.