This article was originally published in the January 2016 edition of ITMI Monthly.

On a recent trip to Southern Africa with Director Steve Evers and ITMI board member Jon Dekkers, I learned some very important things about missionaries, things which will help me appreciate them forevermore.

“Being a missionary is hard, physical work,” said Johan Leach. He knows, because he lost 30 pounds in the two months prior to our visit. He told me this as he gave a list of projects to his workers for the day.

Johan and his wife Leslie came to Chavuma, a small village on the Zambezi River in northwestern Zambia, several years ago to minister to the Luvale people. It is literally the end of the road. The only way out to the north and west are sand tracks barely wide enough for a four-wheel drive vehicle. 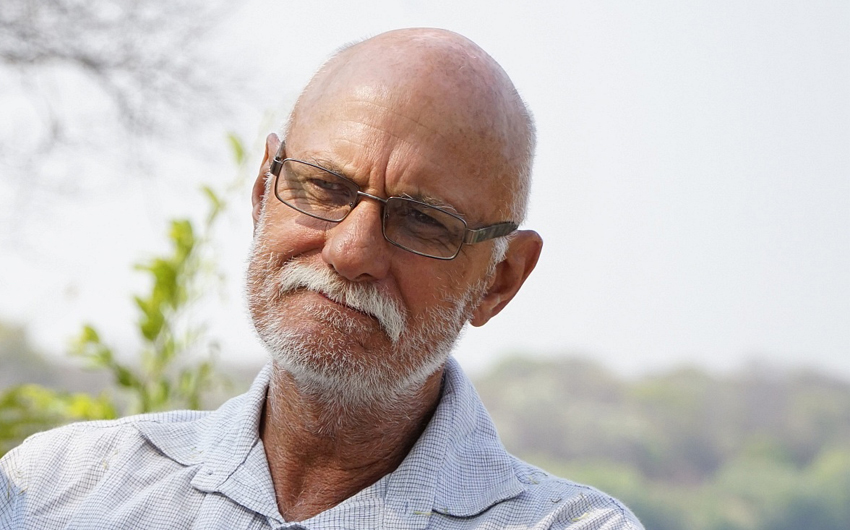 Like modern American pioneers of the 1800s, or equivalent Dutch South African voortrekkers, they are carving a home out of the wilderness.

The Leachs brought everything they own to Chavuma and built a garage as temporary living quarters. They cook meat on a barbecue or an open fire, they make oatmeal and maize in cast iron pots in the front yard. They split wood for cooking, repair their own vehicles, use a generator to produce limited electricity and boil river water to drink.

Johan rebuilt a local bridge so villagers could get to town and buy staple foods. He recently shot a crocodile so his hired man could safely fetch water from the river. The Leach’s goal is to send multiple teams west of Chavuma, in teams of two missionaries per canoe.

Tim and Ashley Keller built their own house and property walls, planted their own garden and fruit trees at their home in Kabwe, Zambia. Like many missionary families, they home school their children, doctor their own pets, kill cobras and minister sacrificially to their friends and neighbors.

Tim delivers loads of books and Bibles to schools and people who can use them. He also trains native pastors and makes influential contacts with police departments, schools and churches.

Kelly and Cherise Smith have a 100-acre farm near Durban, South Africa, where they have planted hundreds of fruit trees, refurbished the crumbling farm house and built four roundavels for fellow missionaries, a local pastor, a farm worker and the mother of the their adopted Zulu girls, who all live at Seven Rivers Farm.

As soon as God provides, they plan to build an entire children’s village for Zulu orphans. HIV/AIDs related death is so prevalent in KwaZulu-Natal that at one time Kelly even built caskets for needy locals.

Gerhard and Elmane le Roux run a farm in the desert of northern South Africa, where survive by raising goats and sheep, chickens, dozens of acres of lucerne (hay), fruit trees, vegetables and grapes.

When he’s not on the farm, Gerhard is on a church elder board in Pofadder, some 30 miles away, working to build up the pastor and his assembly. He is also on the local police, education and water boards, influencing policy to better the lives of local villagers.

He also has helped clean the local irrigation canal and taught local people to garden so they can feed themselves. Elmane and the older children also have children’s ministry, schoolwork and farm chores. 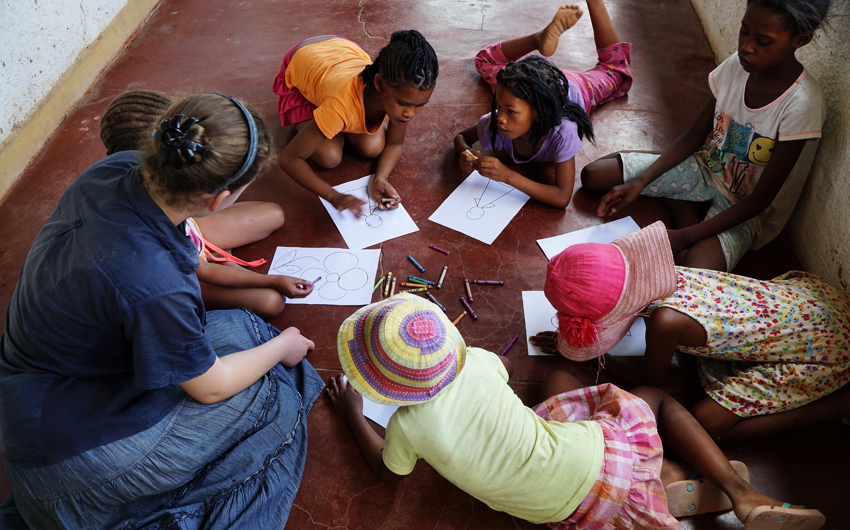 Most missionaries deal with physical ailments or loneliness. Sometimes both. Some have intestinal or physiological problems. Others have a sick spouse or children who need special care or surgery. They carry on anyway.

They rarely get a vacation. One couple recently took a vacation for the first time in 13 years. When they do finally visit their home country, it becomes a grinding mix of travel, deputation, public speaking and just plain old work. They must re-adapt to once familiar food and a culture they have long since let go.

Sleeping in a strange bed isn’t restful, either. Therefore, a week with nothing to do, no phones to answer, a chance to play with their own children and appreciate wife or husband, is the purest blessing of God.

Oh, the joys of having a conversation over a really good cup of coffee or favorite tea, without having to translate everything that is said!

Pioneering a missionary work can be lonely also. Missionary wives are almost invisible in this respect. Always there, always working, they crave genuine fellowship with other women, their grown children, and time with their busy husbands.

The children want to visit other places and have friends visit, too. Sometimes Youth Group is the only fellowship they get with other youth their own age. On more than one occasion we witnessed tears, male and female, young and old, when we left. “Can’t you stay just a little longer?” they asked.

You may think it an imposition to visit missionaries, but we received multiple invitations to visit “anytime” with our wives. Missionary children were quick to add, “and bring your children.”

3. Laugh and Be Joyful

But they are far from sad people. ITMI missionary partners and friends have a tremendous sense of humor. From the minute we landed in Lusaka, Zambia, I knew these missionaries would be fun. 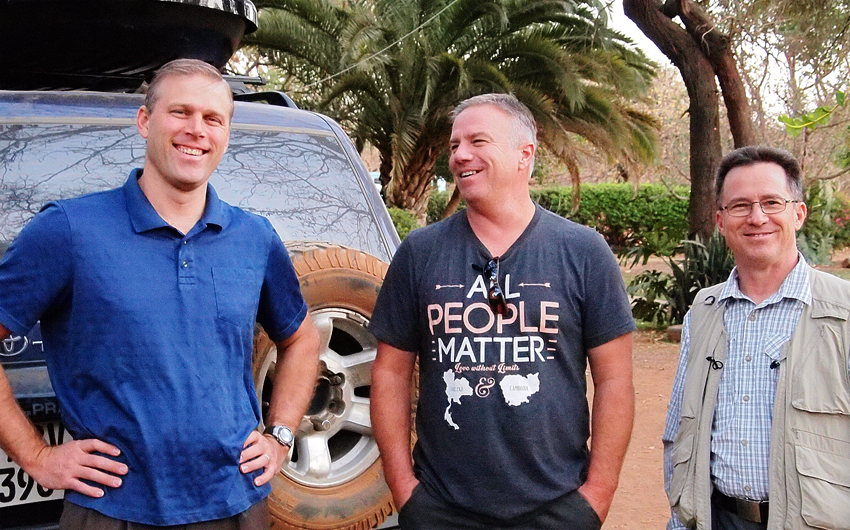 Tim Keller is a mature Christian and knows a sense of humor buoys up those around him.

Tim Keller laughed and teased everywhere we went. He has a serious side, but it is always mixed with joy and hopefulness. For example, while we were discussing the rampant disease and death so common in Africa, Tim explained the “missionary wave goodbye,” which is to rub one’s hands together while working in a squirt of hand sanitizer.

He is a mature Christian and knows a sense of humor buoys up those around him and takes the edge off when discussing serious ministry topics or traveling long distances. 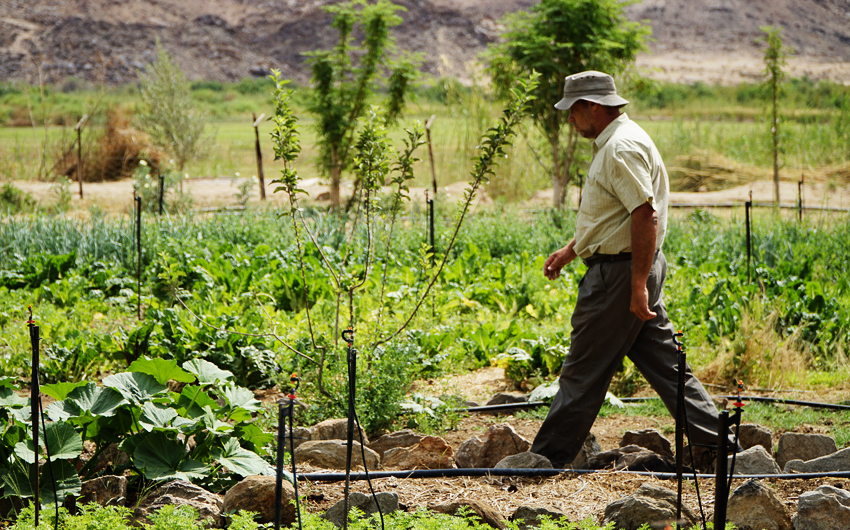 Sober and hard working, Gerhard and his family survive by raising a garden.

Gerhard le Roux, of Onseepkans Mission in Northern Cape state of South Africa, is a sober and hard-working man. With his gentle wife, Elmane, and their eight wonderful children, they minister to everyone who comes by the farm.

That’s why it is so funny when he pops off with a mischievous crack like, “ this is my daughter, the one we have so much trouble with.”

Charl Van Wyk, of Cape Town, teases his lovely wife Sonja regarding her duties about the home, saying “I’m going to tell your mother you’re not being a good wife.” Of course, it’s funnier when you know she was raised by conservative Afrikaner parents who take husband and wife roles very seriously.

We met many other missionaries, friends of ITMI partners, and they had the same joy, the same sense of humor, the same faithfulness and prayerful attitude.

A joyful Cherish Smith laughing with their co-laborer, Angel.

Missionaries pray all the time. Everywhere we went, everything we did, everything we ate, was bathed in prayer. Not always half hour prayers, but a moment to ask for God’s protection before driving down the lane.

Ten seconds of gratefulness for arriving safely at our destination. “Lord, give us wisdom,” was breathed before discussing important topics.

Prayer was not a singular event on Wednesday evenings, but rather the continuation of a perpetual conversation with God the Father about everything. I have rarely seen people “pray without ceasing.”

Because of this prayerful attitude, an interesting demeanor resulted. There was a gentle flow to life throughout our travels with these missionaries. When something happened, they did not respond in a mercurial fashion, but in a thoughtful, steady way.

As God has promised, there is a “peace that passes all understanding” and it is evident in these people.

Knowing they must utterly depend upon God for everything, the prayer lives of these ITMI missionaries have transformed them into humble, yet confident servants.

I am glad to encourage our supporters and readers with the knowledge that ITMI partners and friends are of the highest caliber. My life is richer for having met them.

And I would like to add that Steve Evers and Jon Dekkers are worthy of our readers’, donors’ and missionaries’ trust, for they are serious about caring for ITMI missionaries (and everyone else they meet). They are scrupulous about every detail of this ministry, making sure every dollar donated goes where it is supposed to, that every person contacted is listened to with courtesy, that no need is forgotten, even if it means inconvenience or suffering on their part. 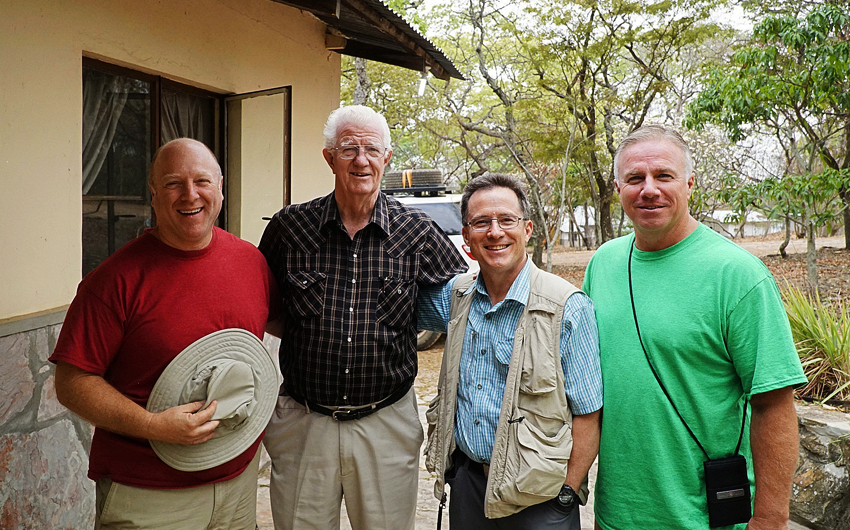 Steve Lee is a long-time friend of Steve and Darlene Evers. Steve runs a small business in Prescott, Arizona where he also serves his church as a deacon. He is passionate about missions and telling ITMI partners’ stories.

On his first trip to Africa, Steve almost tipped over in a canoe on the Zambezi River and amazed his traveling partners with his ability to handle African food! With his ability to easily engage and make friends, he was a great asset to the team.