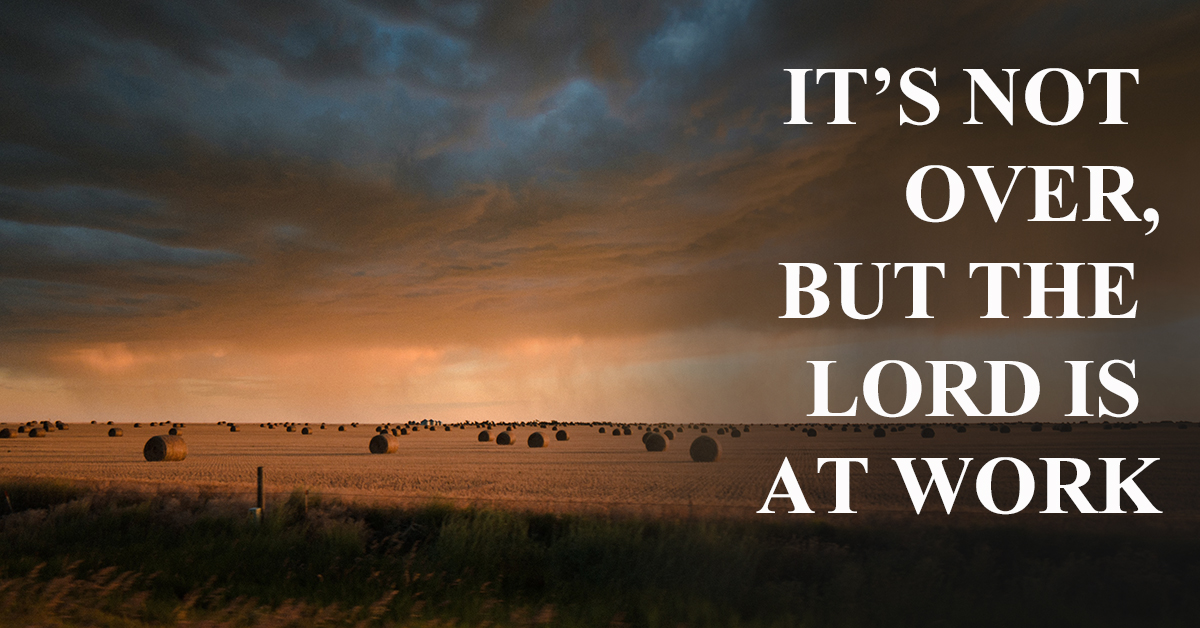 This article was originally published in the June 2020 edition of ITMI Monthly.

Although stay-at-home restrictions are easing around the US and we are moving toward re-opening, around the world, the Coronavirus pandemic is not over.

In South Africa, the country-wide postal service has collapsed and closed, and suffering is wide-spread. The first case of COVID-19 was just confirmed in the crowded informal settlement of Stone Hill, South Africa where our partners Mark and Cindy Parris and Charl and Sonja van Wyk minister.

In Uganda, there are reports of children being taken to the hospital, not because they have COVID-19, but because they are starving.

In Zambia, a Ministry of Community and Child Development officer says, “The virus has contributed to high prices of basic foods which has also affected the vulnerable people, they cannot meet basic needs because of how things have skyrocketed,” and restricted movement and closed borders affects the 65% of the population that relies on “informal sectors” for their income.

According to the United Nations, this is coming “at a time when the country is struggling with recent drought and flood disasters which has resulted in increased food insecurity in more than 58 districts for the past two seasons.”

In South Sudan, the price of food and basic supplies has also launched into the atmosphere, at the same time many families lost all or some of their incomes.

Those who depend on casual work  - such as breaking stones, selling tea by the roadside or collecting empty water bottles - were at risk in a matter of days when the country began staying home as a result of the pandemic.

Meanwhile, local violence and armed clashes that have brought South Sudan to its knees and displaced over 4 million people over the past seven years, continues to displace families and now, subject them to the virus.

ITMI’s Vicky Waraka was told that seven were killed in an attack on a small South Sudanese village outside the Juba area.

Last week, our South Sudanese partner, Lazarus Yezinai, alerted us of an armed confrontation that occurred about 60 miles from his home, lasted 10 days and claimed 5 lives.

Lazarus’ impassioned comment was simply, “Please, your prayers are needed for South Sudan.”

These are just the things our partners know about -  tip of the iceberg when it comes to the suffering that is occurring in this war-torn country.

But if we look closely, we can see the Lord at work to bring good from evil and suffering.

When a Juba resident left his home to visit someone in a village outside the city, little did he know that this visit would take a very surprising turn.

As he approached the settlement, the enraged villagers mistook him for one of the attackers who had killed seven of their number.

The visitor from Juba was captured and held in the village store to be executed later that night.

Then something unexpected happened. With the help of the son of the village chief, he escaped and hurried back to his home in Juba.

The morning after he returned, his wife flagged down her neighbor, Vicky Waraka. In tears, she related the unexpected events of her husband’s venture to the village.

Vicky was on her way to pray with a small group of church members, but after her prayer meeting, Vicky visited her traumatized neighbors and shared the Gospel with the household.

As a result of Vicky’s visit with her neighbors, many accepted the Lord and believed it was He who spared this man’s life.

Though people are in great need for food and basic supplies - many of those who received Project Joseph food deliveries from Lazarus had already been without food several days - our partners know where the real hope for their desperate country lies.

“We focus on discipleship and evangelism,” Lazarus states. 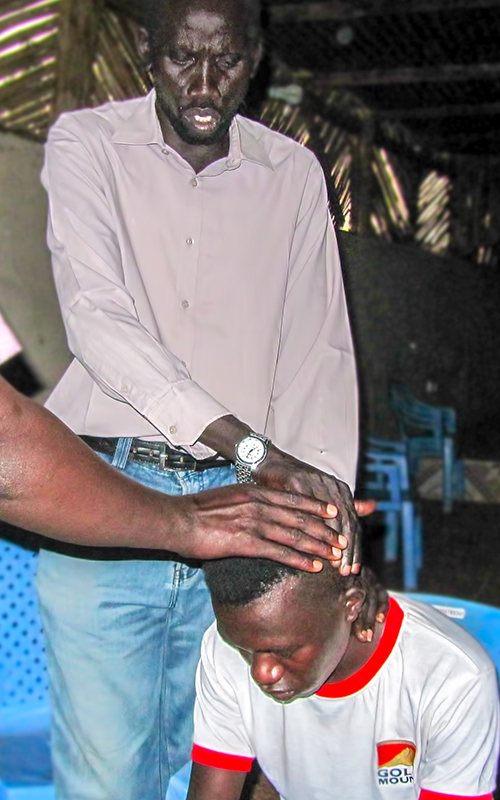 “We focus on discipleship and evangelism,” Lazarus states.

Each delivery of food made was accompanied by the sharing of God’s Word and praying for the family. Some recipients shared their hearts’ sorrows and were blessed with Gospel-centered counseling and healing Biblical truths they could cling to.

Project Joseph’s provision of supplies amplifies our partners’ message. It puts a megaphone in their hands and underlines the validity of their claims who God is.

Your part in this initiative is - and continues to be - crucial.

A SIMPLE AND COST EFFECTIVE WAY TO HELP

Lazarus and his team are trying to spread the gospel with many "vehicles" such as food, aid and training... specifically hygiene training during the COVID-19 pandemic.

Unfortunately, many, many aren’t able to properly wash their hands and prevent themselves from picking up the virus. Sometimes they only have open containers that people put their hands into to wash!

"Prayer is the place where you and God arrive at the same conclusion." -ITMI's Dr. Piotr Zaremba, Bible Translator ... See MoreSee Less