This article was originally published in the March 2020 edition of ITMI Monthly.

In January’s newsletter, we shared a story about our partner Jim La Rose and the Lord’s intervention that enabled him to continue ministering in Poland. While that article was being printed, we got word that Jim had been rushed to the hospital with debilitating pain that turned out to be an aneurysm in his brain.

The situation was serious. He was immediately prepped for surgery.

The medical team discovered only a small aneurysm that could not have been responsible for the large amount of blood they had found in his spinal cord or the intensity of the pain he’d experienced.

Jim shares, “Although it is admittedly speculation, if we start with the fact that the blood in the spinal fluid had to have come from a major hemorrhaging event in my brain, but no such source was ever found, as a Christian who believes in divine miracles, the evidence suggests that there was, indeed, a “potentially fatal event” that occurred in my brain on December 22.

This accounted for the blood in my spinal fluid, but the Lord divinely healed and sealed this hemorrhage before I got to the hospital, leaving the blood in the spinal fluid as the only evidence that this had happened.”

Jim spent 15 days in the hospital. He continues to recover at home.

After Bread of Life’s busy Christmas season that included two large-scale events where the Gospel was publicly declared in city centers and demonstrated through the provision of resources for families with sick children, ITMI’s Brooke Nungesser headed to Thailand last month.

Brooke was invited to give a series of talks at a retreat for Azmera, a worldwide women's conference. Brooke says, “I pray that as I share about our lives, Max, and Bread of Life, these women will be renewed, inspired, and encouraged by God to go forth in their service to Him.”

ITMI partner, Leszek Wakula is the pastor of the only Baptist church in Lodz, Poland, a city with a population of 730,000. Leszek’s church has been able to partner with the local Catholic parish to offer a once a month seminary for laypeople  who would like to understand the Bible better.

This seminary is hosting an event on an early weekend in March which ITMI’s Piotr Zaremba has been invited to give a series of lectures on the canonization of the Bible.

Piotr will help those in attendance understand where the Bible comes from and encourage those listening to focus not on individual books of the Bible, but on the main character. He will encourage them to open their lives to the Lord who is present here and now. An estimated 200+ will be in attendance!

ITMI’s Johan and Lesley Leach continue to praise the Lord for the outpouring of support, love and care they received from the community of believers, enabling them to rebuild their home after it was destroyed by fire.

As of  late February, they had a foundation, walls, windows, a roof and a floor on the majority of the home. Meanwhile, discipleship and evangelism on the plains continue. 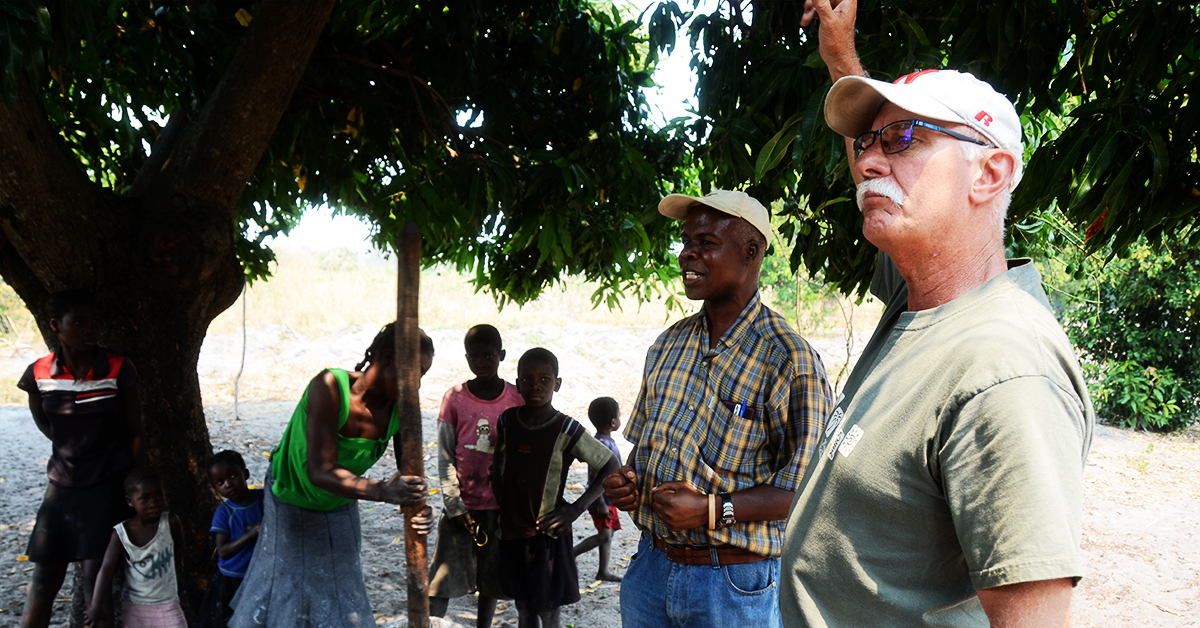 ITMI's Johan Leach and local pastor, Teddy, share the Gospel in one of the villages.

Johan will be visiting the States next month. He’s praying for divinely appointed opportunities to encourage the American church and bringing “lots of stories to share.”

He’d be so encouraged and uplifted to get to share them with those who are interested! Contact our office if your small group, Sunday school class or even church would like to be among those encouraged and blessed.

Want to know more about Johan's ministry? Enjoy this interview with ITMI's Kent Reisenauer on his visit with Johan in Zambia!

GIVE NOW
PARTNER WITH ITMI