This article was originally published in the March 2018 edition of ITMI Monthly.

“My wife and I don’t know how to express our gratitude,” writes Cozmore. “We are so thankful for your generosity.”

Cozmore’s wife, Laizah, was due to deliver the couple’s first born early in February.

Cozmore ministers faithfully in his home country of  Zimbabwe in partnership with ITMI’s Charl van Wyk. Together, they have impacted rural villages languishing in this impoverished country.

The pair has put on Gospel camps for youth and their parents. They’ve spearheaded medical mercy projects. They collaborated on local development projects such as establishing a maize mill and seeding micro-businesses.

Cozmore and young men from Zimbabwean village that attended camp. 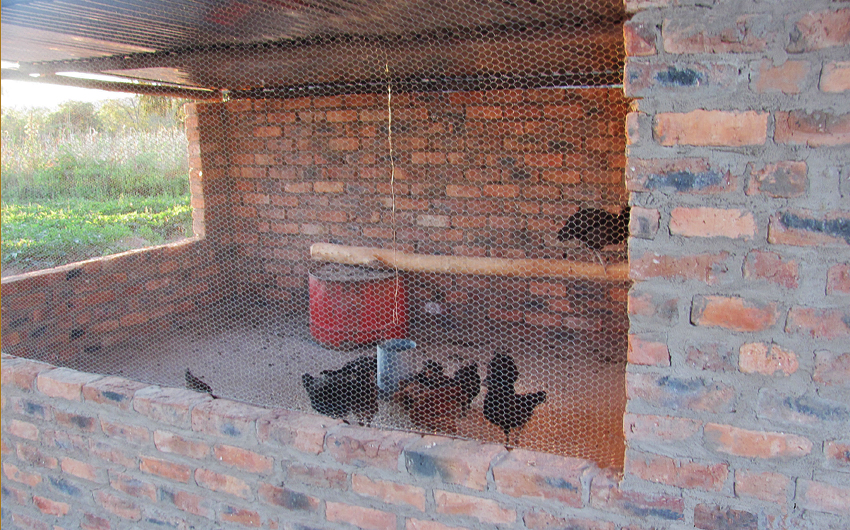 A few days after ITMI sent Cozmore a gift of  $750, Laizah went into labor.

After three long days of labor, Laizah was experiencing complications and still had not given birth. The doctor ordered a C-section procedure.

“If you don’t have money, they usually use student doctors or nurses to do the operation,” Cozmore explains, “Fortunately, through your gift we were able to get an experienced doctor to do the whole process.”

“We have been saying it’s God’s timing,” Cozmore concluded, as the family rejoices in the safe delivery of their daughter.

As last month’s reports from around the world landed in our office, a theme emerged. It seemed the Lord was showcasing His ability to do things just in time - His perfect time.

Just in Time Provision for ECA

Years ago, ITMI partnered with Eugene Kalunga of Excellence Christian Academy in Kabwe, Zambia to purchase a building and furnish it with desks and supplies. For 20+ years, ECA has devotedly equipped young Zambians with a quality education from a Biblical perspective.

ECA students enjoy a chapel message from ITMI's Steve Evers on their campus.

Many ECA students are on scholarship, and wouldn't be attending school at all if not for ECA.

ITMI had some newly freed up funds that remained when another project ended. The resource was ear-marked for reaching out to Zambian children, so after consulting with the donors, it was re-directed to ECA.

Unbeknownst to ITMI, ECA’s aging facility in Kabwe was in want of repair. The school could be closed by the government unless they brought the facility up to code.

Last month, we received a thankful word from Eugene. The redirected support reached Zambia just in time for the repairs to be made. Excellence Christian Academy was allowed to re-open for their winter trimester! 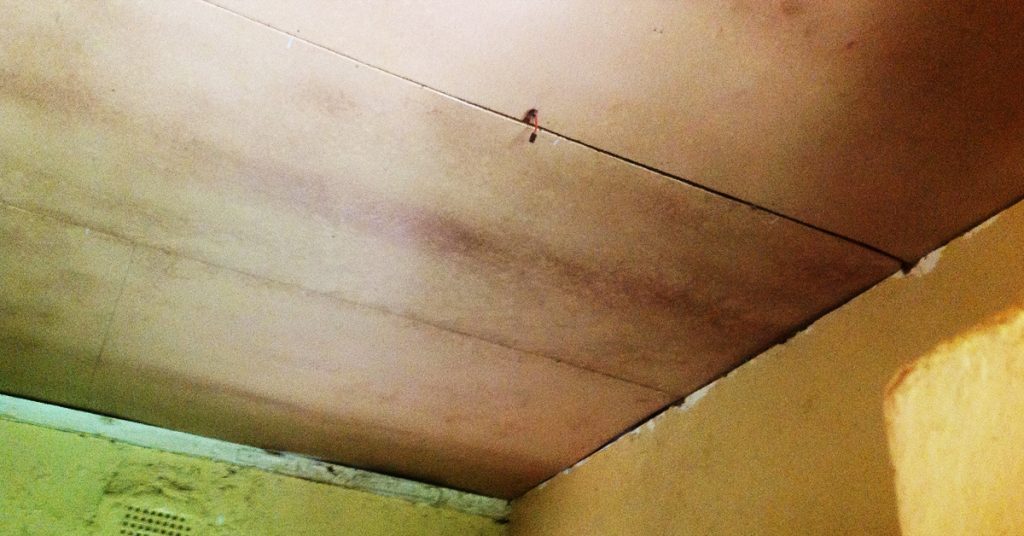 Braving the Rains in an Ox-Cart

Previously, villagers had to walk great distances each day carrying heavy jugs of river water. Or, they could share their muddy hand-dug holes with the animals.

Their isolated geographic location on the Luvale Plains had blocked their access to the life-giving liquid.

In January, Johan and three other men braved the knee to chest-deep water on the plains during rainy season. The goal of their visit was to encourage, assure and disciple two of their baby church plants. 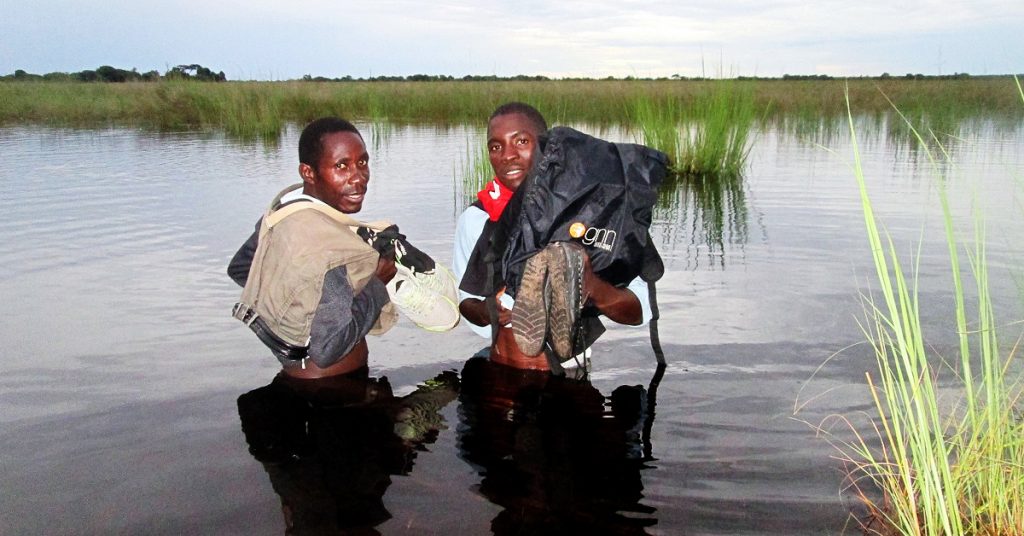 To traverse the soggy plains, Johan hired an ox-cart. On the 37 mile trek back, Johan and his South Africa team mate were experiencing flu symptoms. They were riding in the cart when one of the wheels blew out.

What’s interesting is where the blowout occurred.

The cart slogged through 31 miles of swampy terrain before it blew out on dry land. Any sooner, and the foursome may not have been physically strong enough to reach home. 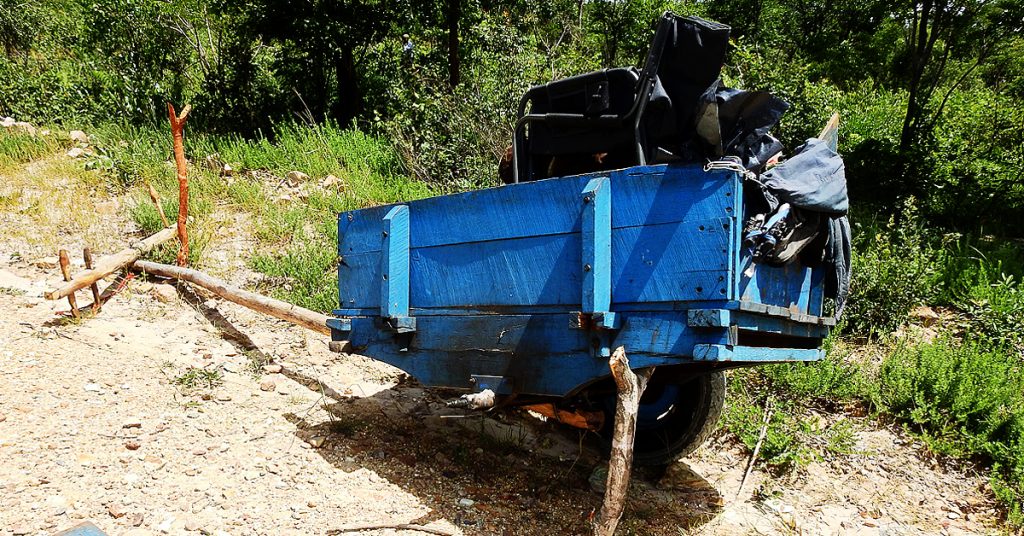 What's interesting is where the ox-cart broke down.

These stories are coming on the heels of last month’s incredible story from South Sudan. ITMI’s Jahim Buli was going about his business when he felt the Spirit prompting him, “You need to find Steve, NOW!” Though Steve was in a tough-to-find home deep in an un-marked Juba neighborhood, Jahim miraculously located him.

Jahim arrived just in time to derail the arrest of Steve Evers, Kent Reisenaur and our partner Vicky Waraka. 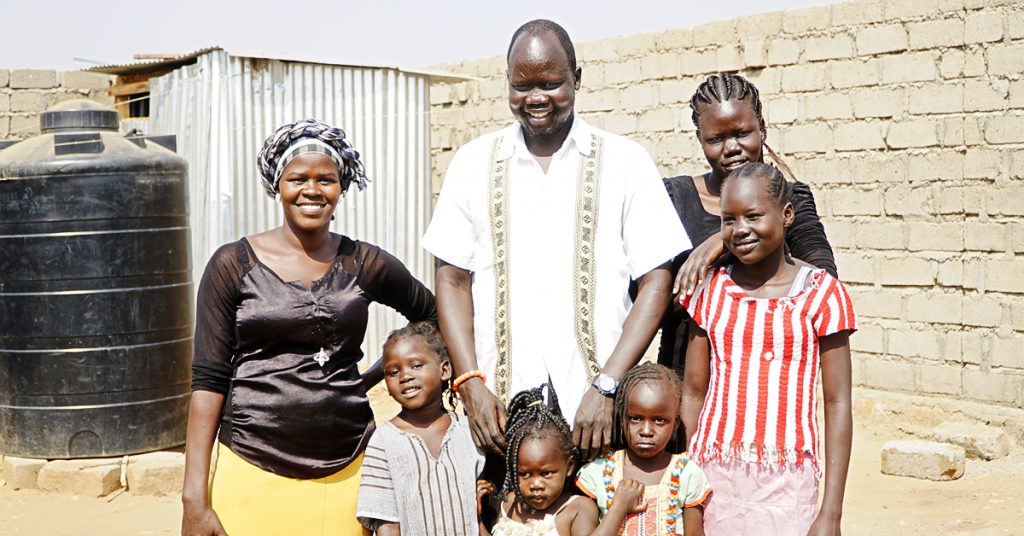 We’re unbelievably honored to be the link that allows you to be the perfectly-timed vehicle of God’s work. It’s great to be part of something so big together.

GIVE NOW
GIVE A "WHERE MOST NEEDED" GIFT

"Johan points out, 'With our humble beginnings of establishing veggie gardens we are super blessed and appreciative when God sends gifted and qualified folk to underpin the various initiatives that has been embarked upon.' " intouchmission.org/2018/02/swamp-water-finds-an-unorthodox-use-on-the-luvale-plains-in-zambia/?ut... ... See MoreSee Less